Two more for the album

Scrolling through last year's photos on the iPad the other day, I realised I had two more for the sticker album: Gainsborough and Greenlaw.

I could, however, have had 67 - there are another seven I know I have seen, but either didn't photograph, or can't find the photo - including, ridiculously, Purton, which I see everywhere we go, and have been on quiz teams with its owners. Also seen but not collected are Beaulieu, Bexhill, Bournemouth, Elstree, Halsall and Shirley.

The nineteen remaining that to my knowledge I either haven't seen, or might have but I'm not quite certain I've remembered correctly are: Barnham, Buxton, Caldy, Calstock, Cambourne, Coleshill, Cantley, Dunstable, Epsom, Kelso, Oakley, Pinner, Reading, Renton, Rufford, Stirling, Sutton, Tipton, and Usworth. 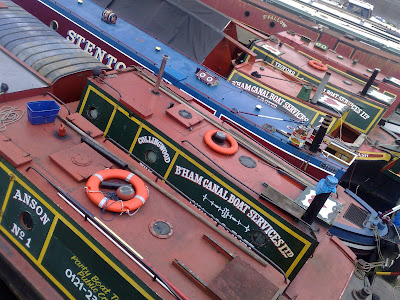 I also finally tracked down this photo, which I'd already blogged back in 2009, in which Yeoford is hiding.
Posted by Sarah at 06:00