The deepest lock that I won't have been through by the end of May... 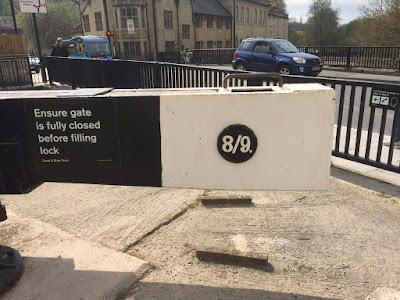 I suspect it will be a very long time (probably not until I've retired) before I'll get to go through Bath Deep Lock. It's just too far away. I've stared down it on a couple of occasions now though. Bath Deep Lock is the second deepest in the country, at 19'5"

It's beaten into second place by just three and a half inches. I've not been through the deepest lock in England (and Wales) yet but I might soon. I say 'might' mindful of how on arriving on the Wey the year before last, we spent nearly a week sitting at Weybridge, and then once on the Basingstoke  Canal for the first and possibly only time, we went as far as the gathering at Woking and no further. 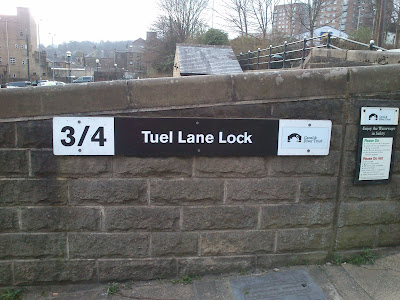 Getting here will entail overshooting Hebden Bridge - assuming we get that far. But if we do, we'll have done 147 locks (84 83 of them on the Rochdale), so another eight should be marginal. Shouldn't it? And it would be good to finally arrive in Sowerby Bridge by boat, fourteen years after failing to make it there - from the opposite direction - in Andante.

Looking at Pennine Waterways' list of the deepest canal locks in England and Wales I was slightly surprised to see that the deepest one I have been through so far is actually tenth on the list (ninth of the extant ones) - Etruria Top. I don't even have any particular memory of this. I'd thought it might have been Stenson, but that comes in at number 14 - beaten by another two I have been through  - the ones down onto the river at Stourport, and a fair few of the Marple ones (some of which, individually, beat Etruria, but the main list only gives their average). Many of the ones in between are on the Ashton Canal, which I don't think I shall be visiting any time soon (if I had a bit more holiday and a bit less sense, maybe...), although number 4 on the list is on the Rochdale, so I should be ticking that off. And if we don't make it to Sowerby Bridge, lock 77 on the Rochdale will be my new deepest.