If a Big Day Out is meant to prominently feature the destination's main railway station, then with Bath I have failed. Normally, of course, I would arrive by train, and depart likewise, affording ample opportunity to photograph the station's frontage, ticket hall, shed, platforms and whatever other features took my fancy. I have to tell you, I have not even seen the front of Bath Spa station, let alone the interior. However, perambulating on Saturday, I did manage to creep up behind it, via the car park. 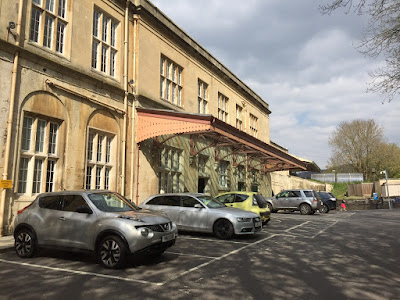 And that was charming enough.

In some ways - particularly as the replacement bus service was so good, and so well signposted - coming at a weekend when no trains were running was a bonus. The station was ghostly; empty of people, with automated announcements about 'the next bus to depart...' ringing out over deserted platforms. 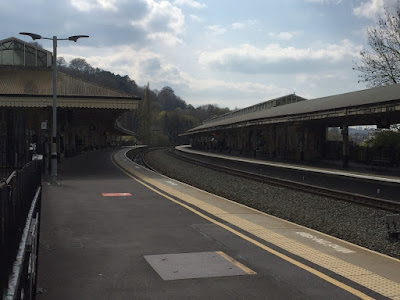 Look at the great wide gap between the tracks - the legacy of Brunel's 7' (and a quarter inch - gosh, how remarkably similar to the beam of a GU boat) gauge. 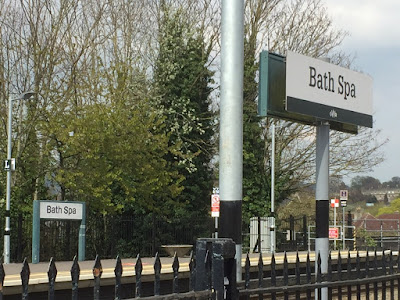 A bit of a battle of the fonts was in evidence.

But enough of Bath Spa, which was in fact the last station I visited on this trip. Earlier in the day, on the doorstep of where I was staying, I stumbled upon another station - which I would have known about if I had read my Jenkins more thoroughly in advance. 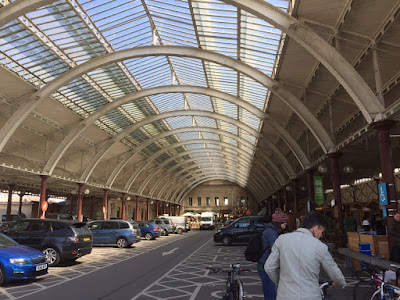 This one I did get to go inside, because Bath Green Park (formerly Queen Square) station now serves as a covered market (and, admittedly, car park), which was just starting to pack up as I arrived. There are worse fates, and indeed, the structure would seem to lend itself admirably to the purpose. Green Park was built in 1868-9, nearly thirty years after Bath Spa, and closed in 1966. 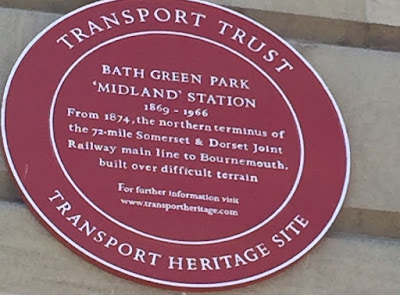 Whereas Spa is, of course, the Great Western station, Green Park (or Queen Square as it then was) was the work of the Midland Railway, eager to outdo its older rival in elegance.

And while we're on the subject, here's a little detail from another fabulous Midland Railway station that I passed through on my journey. 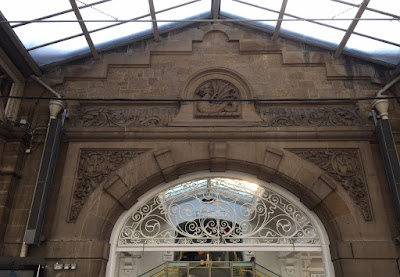