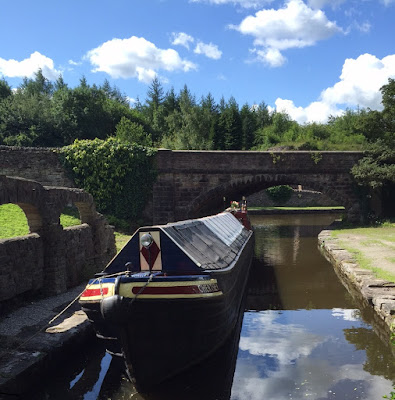 I really did mean to blog this trip. I even told everyone at work that they could read it if they wanted to know what I was doing on my holidays.


Then, when I tried to post, using Blogpress on the iPad, I constantly got a message along the lines of 'oh dear, you don't seem to have an internet connection.' No amount of swearing at it and shouting 'Yes I bloody well have, look, four bars and what do you think I've been reading for the past half your, not to mention sending emails', surprisingly, was able to convince it.

Then, as if that weren't enough, the iPad decided that it would not charge from any 12v source.  Tried a new connector, tried the car charger, nope.  Took it home and plugged it into its 240v charger, no problem.  It this a portent of worse problems to come - i.e. is it now on the verge of not charging at all? It has always previously charged happily, if slowly, from 12v.

So even when I rejoin the boat and go off again, it seems likely I won't be able to blog, unless I start doing it on the phone, which I suppose I might.

In the meantime, here is a picture of my Bugsworth Basin birthday mooring, in a rare sunny moment.
Posted by Sarah at 19:16 6 comments: