Rudolph in the Rivelin 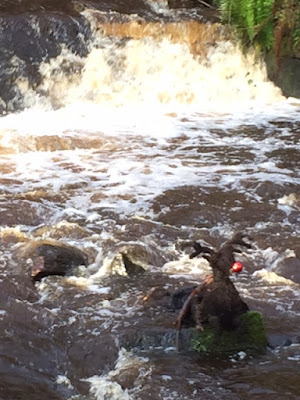 On impulse last Sunday I got up and went for a walk. The sun was shining, and it was bright and mild as I set off for the Rivelin Valley Trail. What I had reckoned without was the fact that it was Sunday, sunny, bright and mild, meaning thet tha trail was the busiest I've ever seen it (not hard, as I usually go first thing in the morning).

It was the most people I've seen for months and probably for over a year and while I wasn't exceptionally worried - out in the open as we were - about their potential germs, it was all a bit overwhelming. So I decided to complete the trail and go back by road, making a circuit (as it turned out) of 8.6 miles - not bad going considering how out of condition I am.

I started in Malin Bridge, at the confluence of the rivers Loxley and Rivelin, 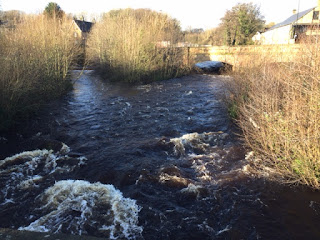 which is about a mile and a third from home, and emerged on Manchester Road on the southwestern outskirts of Sheffield, the trail itself being about three and a half miles long.

Along the way, a number of trees and holly bushes had been hung with baubles, and a Rudolph had found his way into the middle of the river. There was a lot of water and I took the long way round rather than risk - or even try to locate - the stepping stomes of my usual route. 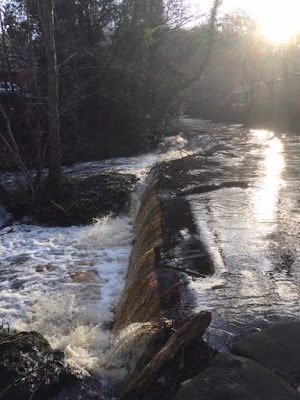 Everyone on the trail was very cheerful and friendly, and no one was ostentatiously keeping their distance. On the way back by road, however, people's behaviour was very different. And I wondered at the risk assessment process that led people to the conclusion that briefly passing within six feet of another pedestrian in the open air was more dangerous than walking into the A57.

Woke up to this and thought 'oh bugger' 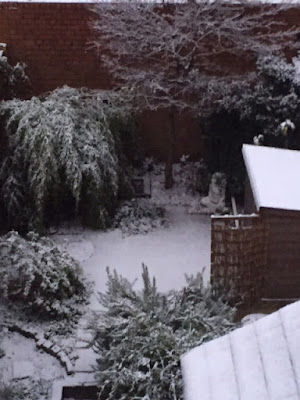 Then I remembered that I don't have to go out.

I don't need to negotiate slippery slopes and shuffle through slushy gutters.

On current plans, I won't be expected to leave the house until February 10th - and that's if face to face teaching still happens. Thanks to Jim, I am restocked with chorizo and parmesan; my cupboard still has adequate supplies of Brexit beans, and the wonderful Beanies will supply my fresh veg, provisions and healthy wholemeal needs (although I am bracing for lots of post-Brexit native British roots).

Yes, it's cold and dark outside, but the worst thing about the cold and dark is having to go out in it. Those of us who have central heating and electric light are spared the worst of that, and I for one am very grateful. 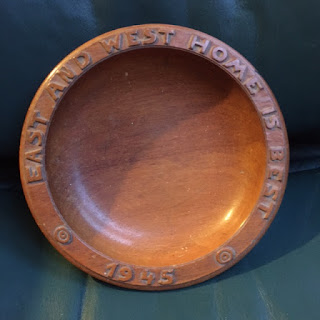 This hand-carved wooden bowl, which I brought back from Sussex, was a present to my father from a German friend. More, perhaps, of my father's time in post-War Germany another time.

For now it's a way of distracting you from this post being a shameless ripoff of one (one more, probably) of Diamond Geezer's; to whit, the furthest North, South, East and West that one travelled in 2020.

The furthest North I travelled was on January 27th, and was quite a decent distance: 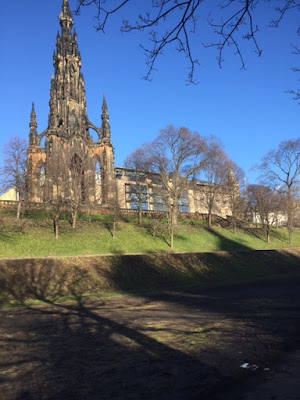 This East coast city also marked my most Westerly destination of 2020.

I visited my most Easterly point almost a year later: 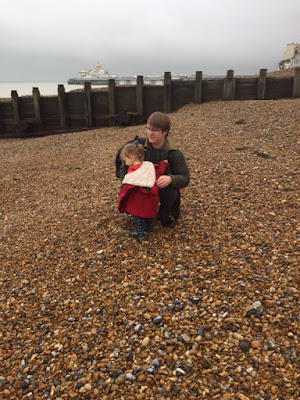 Which was also, by a small margin, the furthest South I ventured in 2020. 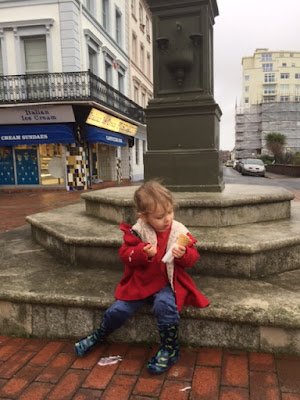 So that is either quite unadventurous, or commendably economical - two for the price of one, twice.

Most of the year, of course, I spent pretty much in the middle of the map.

A new beetroot for the collection 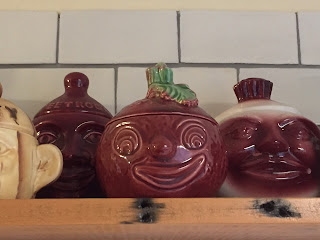 When I last (I think) wrote about my anthropomorphised pottery emotional vegetable receptacle collection, it numbered three (two sad onions and a confused celery). It has since expanded to fifteen - a true collection indeed, including six onions (mostly sad), three celeries, three beetroot, a chutney, an apple sauce, and a cucumber that looks like Tony Blair. Seven of these were purchased as a complete collection, in a charity shop in Hassocks, when I was visiting a friend there. This was quite soon after the collection was begun, so was very serendipitous (and I am clearly, therefore, not the only one). The remainder I have picked up singly in charity shops (and I think I had one further onion from Sebastian).

The most recent acquisition is an absolutely stunning SylvaC beetroot which Sebastian gave me for Christmas. I have had to promise him that I will leave the collection to someone else in my will.

Accounting for reading and writing

Yesterday's post, was - finally - the 1500th on the Chertsey blog.  On some measures, 1500 in eleven years isn't bad. On the other hand, I managed 859 in just four years on my previous blog (actually, three and three quarters, as I didn't start blogging until April 2006). And if I had posted every day (like some I could mention), then the total would be over 4000.

But this post is actually about the books I read in 2020 - or, rather more accurately, since March 2020, because I wasn't really keeping a record before then. I haven't actually kept a record since, so this is compiled from looking at my shelves and scrolling through my Kindle. Given that the last lot of library books, due back according to the ticket on March 23rd, are still in a pile on my attic landing, I think this must account for everything, and if inaccurate, will be an underestimate.

This is books read for fun - not articles, and not stuff read for work. If I tried to count the thousands of words I've read I wouldn't know where to start.

I make the total of books read for fun in the latter nine months of 2020 107. This is actually less than I thought it would be, as a couple of novels a week is pretty much part for the course. But, given that I don't go out much anyway, there isn't really any reason to expect I would have read more this year, and maybe a couple of reasons I might have consumed less - work being extra busy, for one, and the sheer amount of snooker on the telly for two.

Notably, I have consumed a number of complete series in chronological order, including:

plus five volumes of biography/memoir, and roughly 22 other novels on the Kindle, mostly entirely forgettable.

Aside from the series, most of which were rereads (but so much better in the right order, except for the Rebuses, because the early ones are terrible), some of my most memorable reads of 2020 have been Ray Monk's mammoth two-volume biography of Bertrand Russell (which probably dragged the average down a fair bit), Louise Doughty's Platform Seven, which for a ghost story was actually strangely haunting, and Lucy Atkins' Magpie Lane. Oh yes, and I also bought and read Ian Dunt's How to be a Liberal, which I have many criticisms of, but tempered by the knowledge that it wasn't aimed at scholars of liberal political theory (shamelessly altering quotes, though, I think is beyond the pale for anyone).

I've just spent a few days in Tier 2 Newhaven (taking my Sheffield Tier 3 rules with me of course) and curtailing my visit to escape before Tier 4 extended its reach across all of East Sussex (keeping to both the letter and the spirit, which often require completely different actions, requires quite a lot of effort and creative thinking, but given that I scarcely leave the house the rest of the time I have it to spare).

This meant driving back on Christmas day, reminding me that the last time we drove any significant distance on Christmas day was fifteen years ago, when we first had Warrior, and spent a very cold Christmas enjoying the delights of Chester. 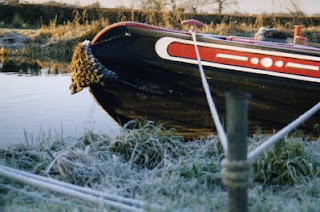 Newhaven was storm-tossed and flood-washed for most of the time I was there, but Christmas day dawned clear, bright, dry and suddenly very cold. The roads were not icy though and the run back was excellent. Expecting a long spell of cold weather, I was pleasantly surprised to find Sheffield balmy this morning. 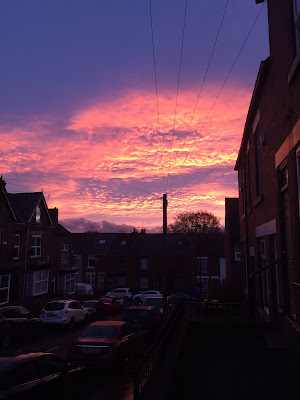 And a beautiful sunrise to boot.

Reasons I haven't posted since October:

But now I have posted this post, 2020 will not quite equal 2015 as my all-time least-posted year. Hooray.

So don't go away. Iwill be back ... occasionally.