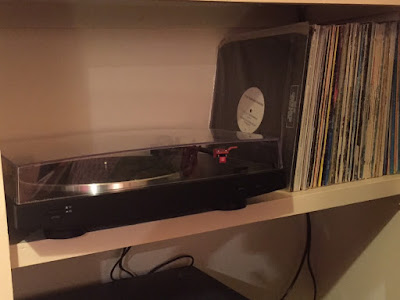 Just as Holly Golightly felt about Tiffany's, I feel that nothing bad could ever happen in John Lewis. I was a late arrival to this temple of middle class consumerism, and I knew instantly that I had found my retail nirvana.

Even today, during the sale, it was quiet and civilised (certainly a lot more so than Primark on any given Saturday). I had a very successful session of present shopping, and treated myself to a lovely new dress as well.

It was only after I got home and went to hang it up in the wardrobe that I discovered it still had a security tag attached to it. (Yes, how did I get out the door?) 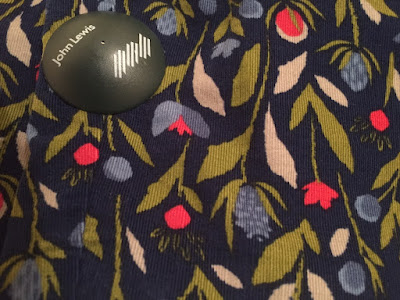 So I now have to go back tomorrow to get it removed. And somehow - and this is the worrying bit - convince them that I haven't just picked it up off the shop floor. Yes, I have the receipt, but that could be for another dress, couldn't it... 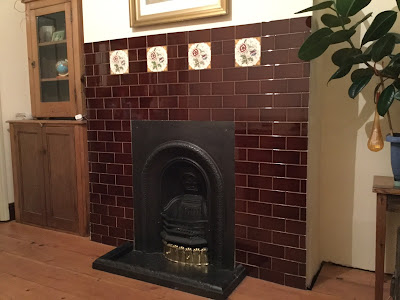 Jim has got on so much better than me today... 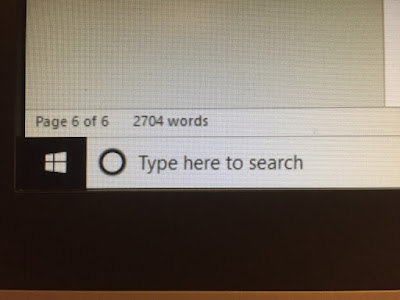 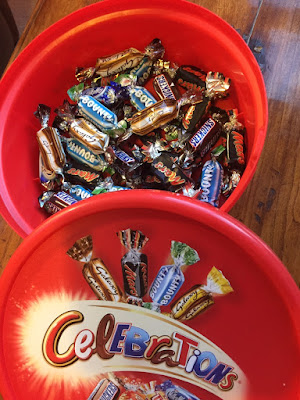 Today I have been...

...mainly procrastinating getting on with my first assessment for the new qualification - an MEd in Learning and Teaching in Higher Education - for which I need to write 6,000 words on my chosen specialist subject: the changing nature of mature students following changes in HE funding policy, and the implications for those of us who teach them... 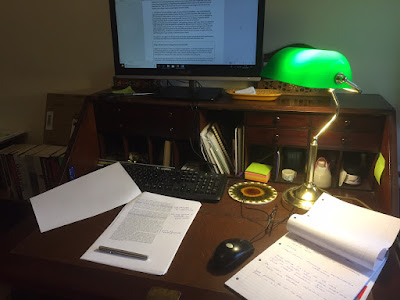 And I have, effectively, four days (including tomorrow) to do it, because it's due in on the 3rd and I'm back at work on the 2nd and down in Sussex from the 29th to the 1st. All that advice I give students about starting in plenty of time...

Meanwhile, Jim is tiling the dining room chimney breast with the absolutely gorgeous 'teapot brown' tiles I eventually tracked down from the V&A collection. It's going to be breathtaking. 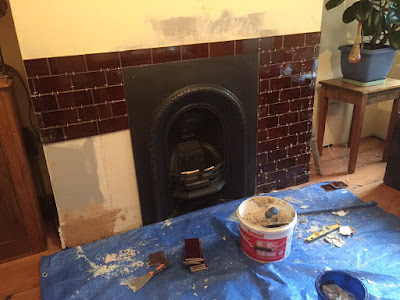 I have also spent some quality procrastination time in slightly rejigging the blog - new title photo! New self-deprecating words! - all part of a declaration of intent to blog if not better, then more frequently.

I spent a few hours last night setting up a new Twitter account, wondering if I really wanted to do that, then deciding that I didn't, but it's given me the idea of being a bit more Twitteresque on the blog. More fluff and folderol, on the basis that there's always something to write about.
Posted by Sarah at 13:52 No comments: