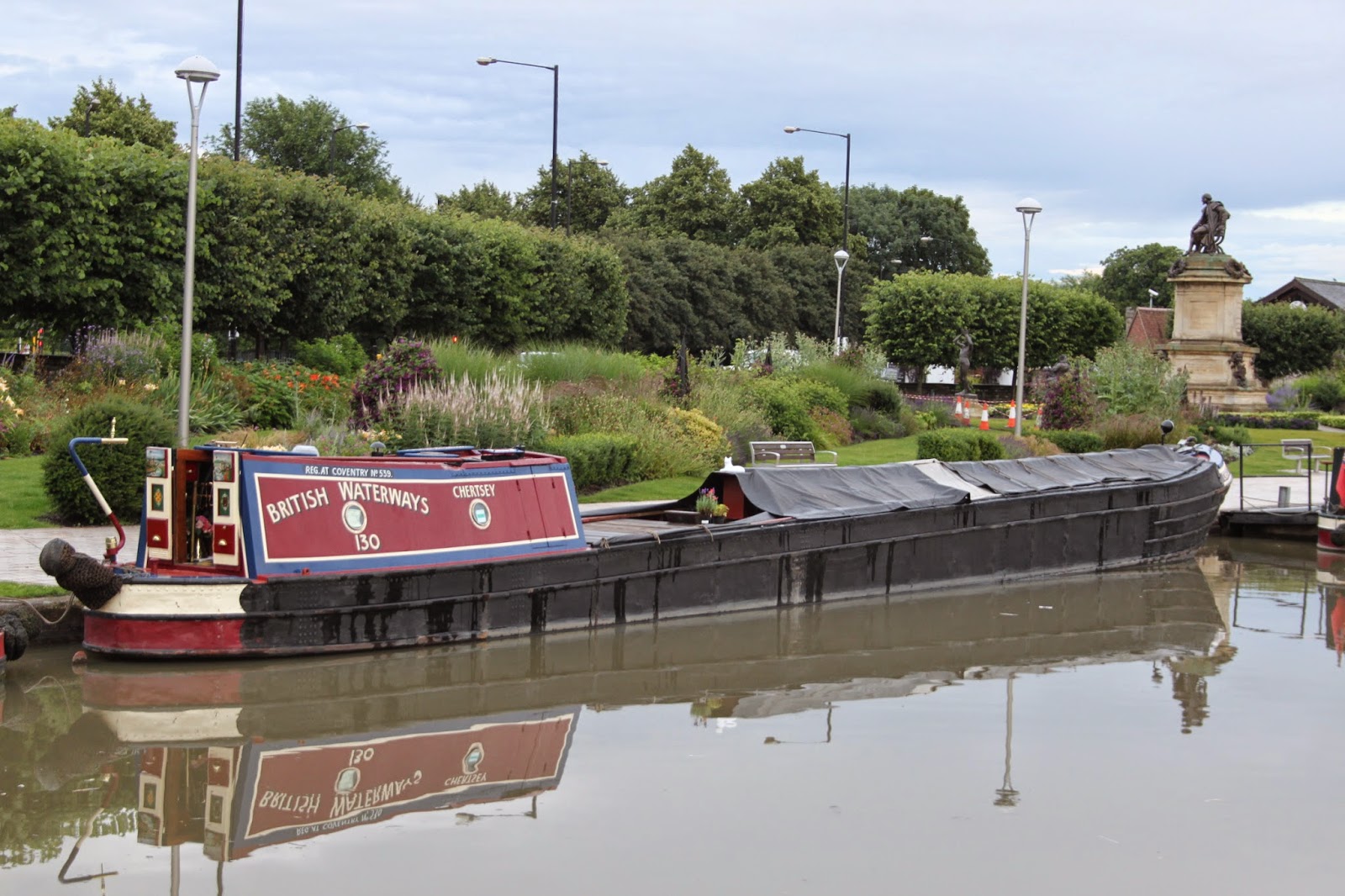 As everyone else started packing away and leaving, we were left feeling very special on our marvellous mooring.
Posted by Sarah at 15:55 No comments: 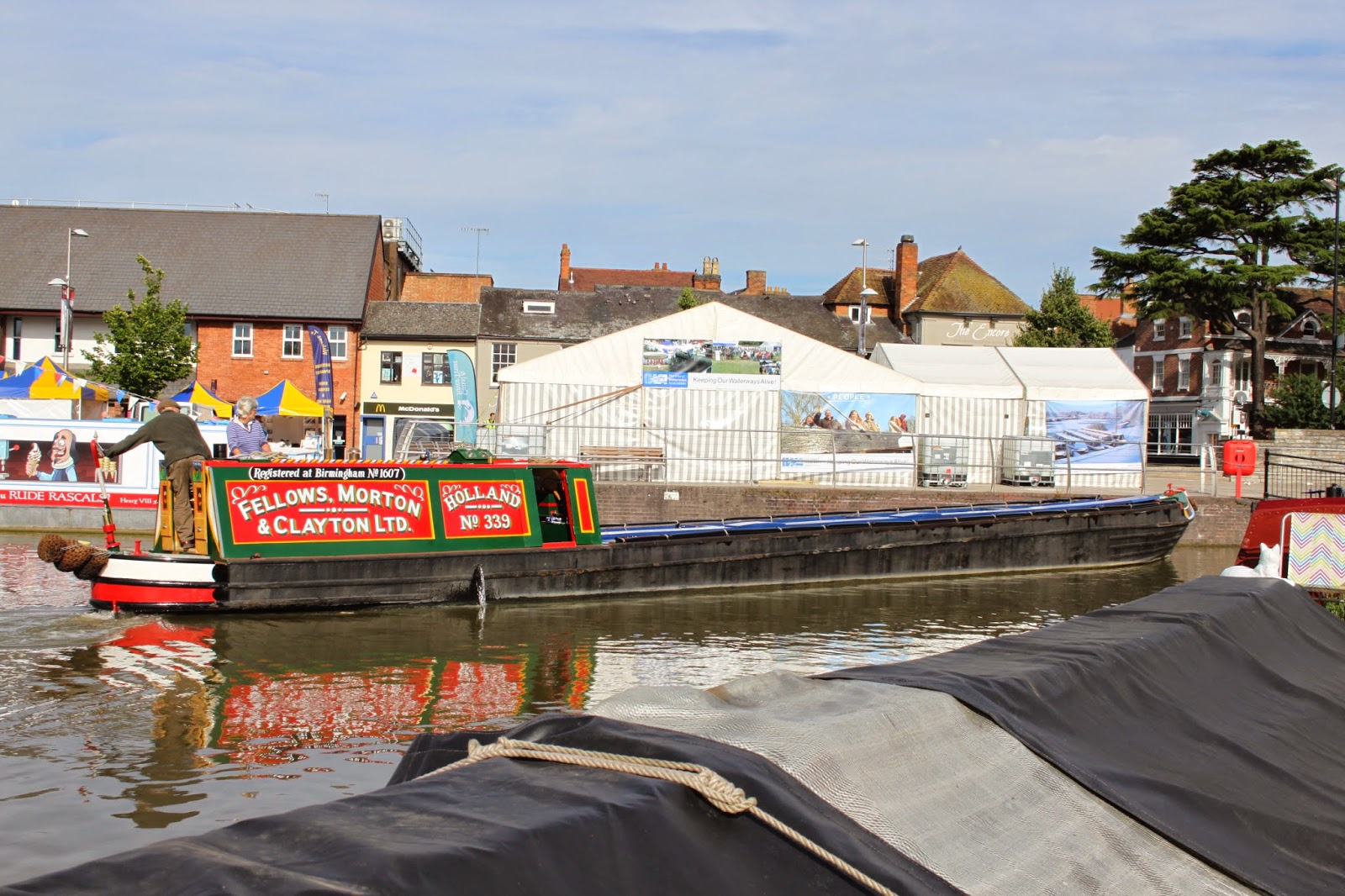 After the disturbances of Saturday night, Ian and Tina weren't keen to hang around, so we said goodbye to them as they took Holland back up the canal - we of course were heading in the other direction, down the river. 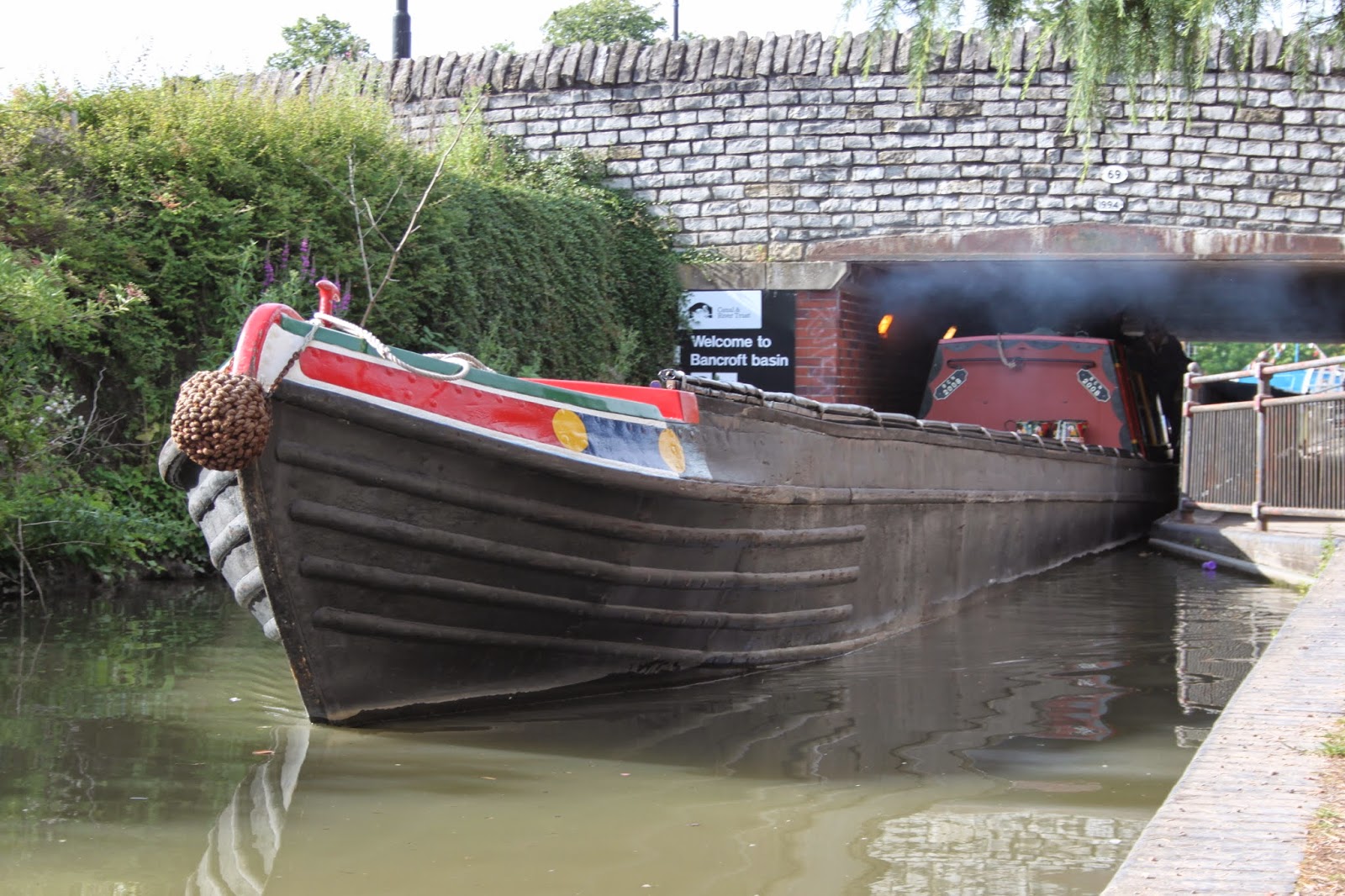 A beautiful boat (well, for a josher...) and excellent travelling companions.
Posted by Sarah at 15:52 No comments: 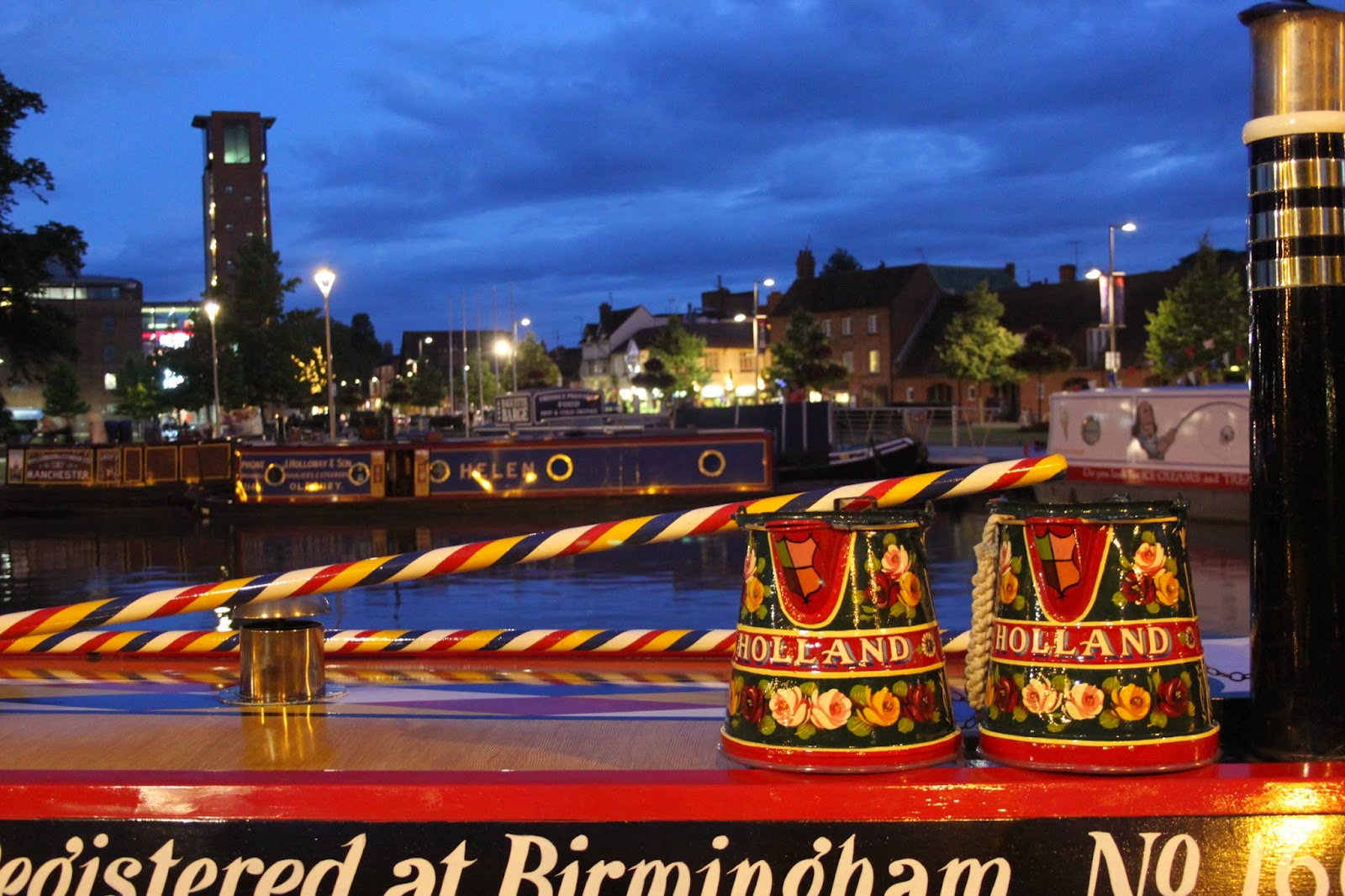 One night in Stratford, it poured with rain. Another, we were disturbed a fair bit by local youth. And on the Saturday, there was the illuminated boat parade (pathetic by any standards I'm afraid, with about three boats taking part. And anyway, haven't LEDs taken all the inventiveness out of it...) and the firework display.

Following the illuminated parade we made our way back to Chertsey thinking that it would be a good vantage point to watch the fireworks whilst entertaining Sean and Dawn. Well, it would have been if there hadn't been bloody great trees in the way.

It was a pretty spectacular display... 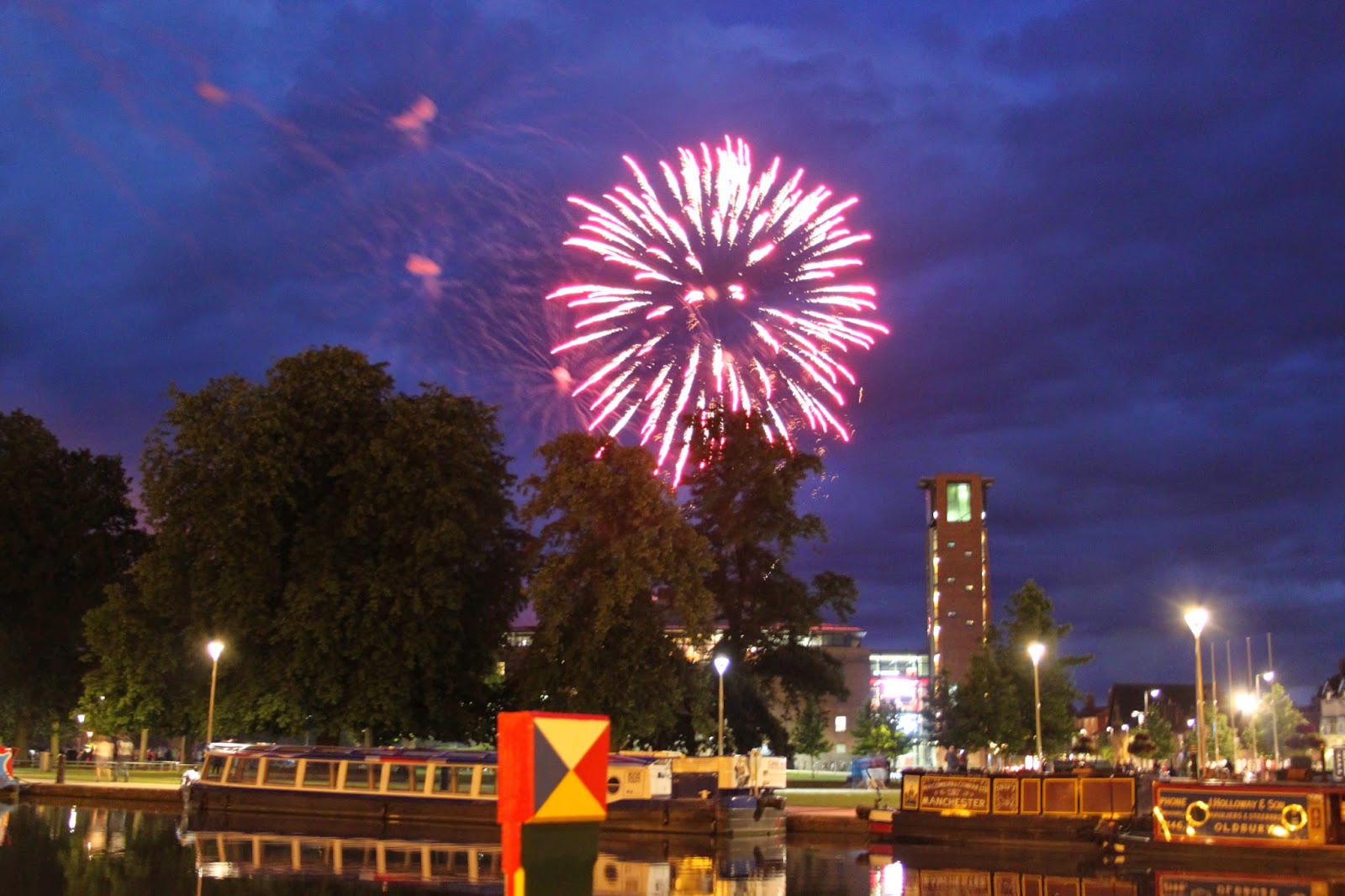 But we saw more of this 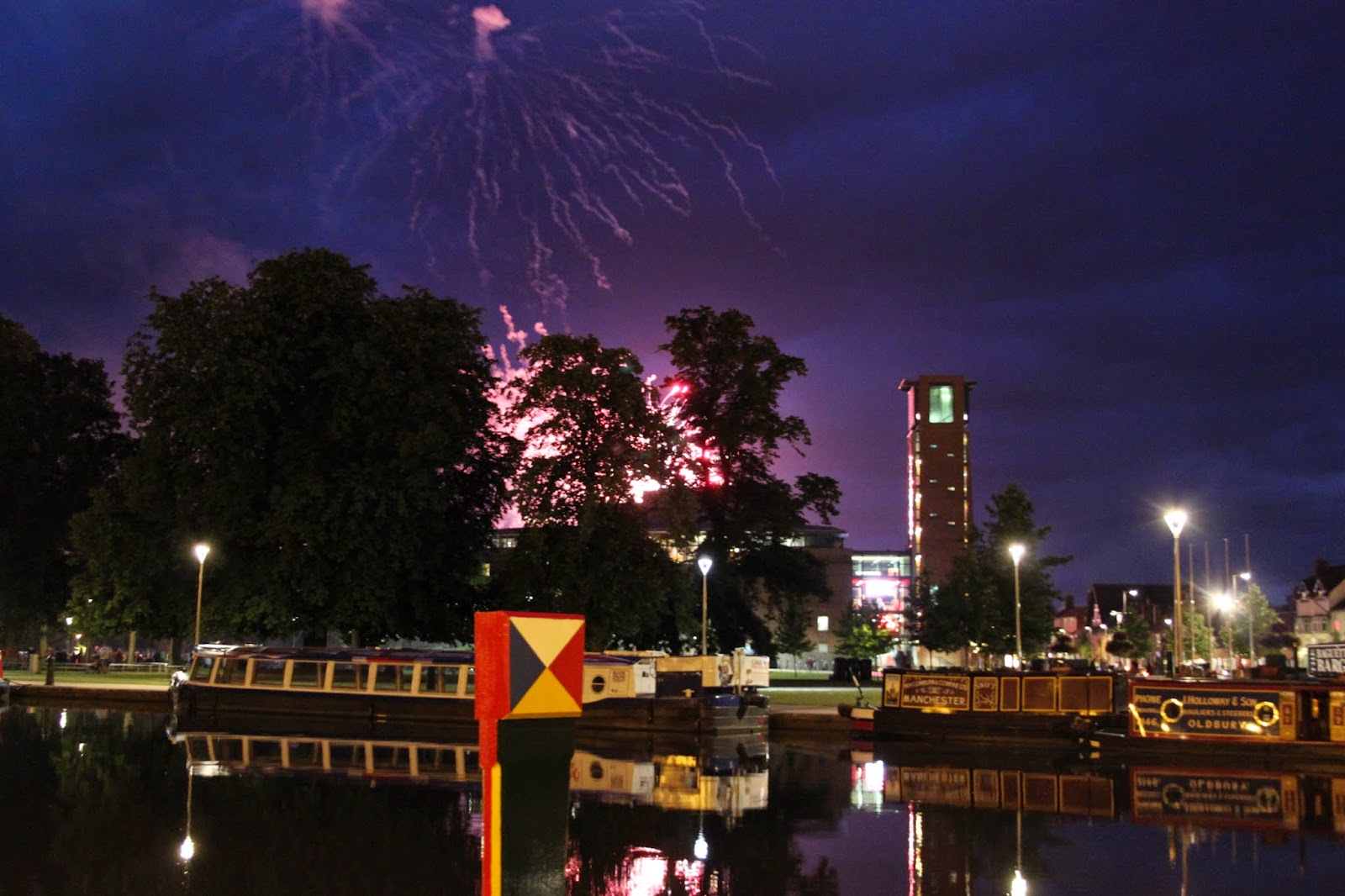 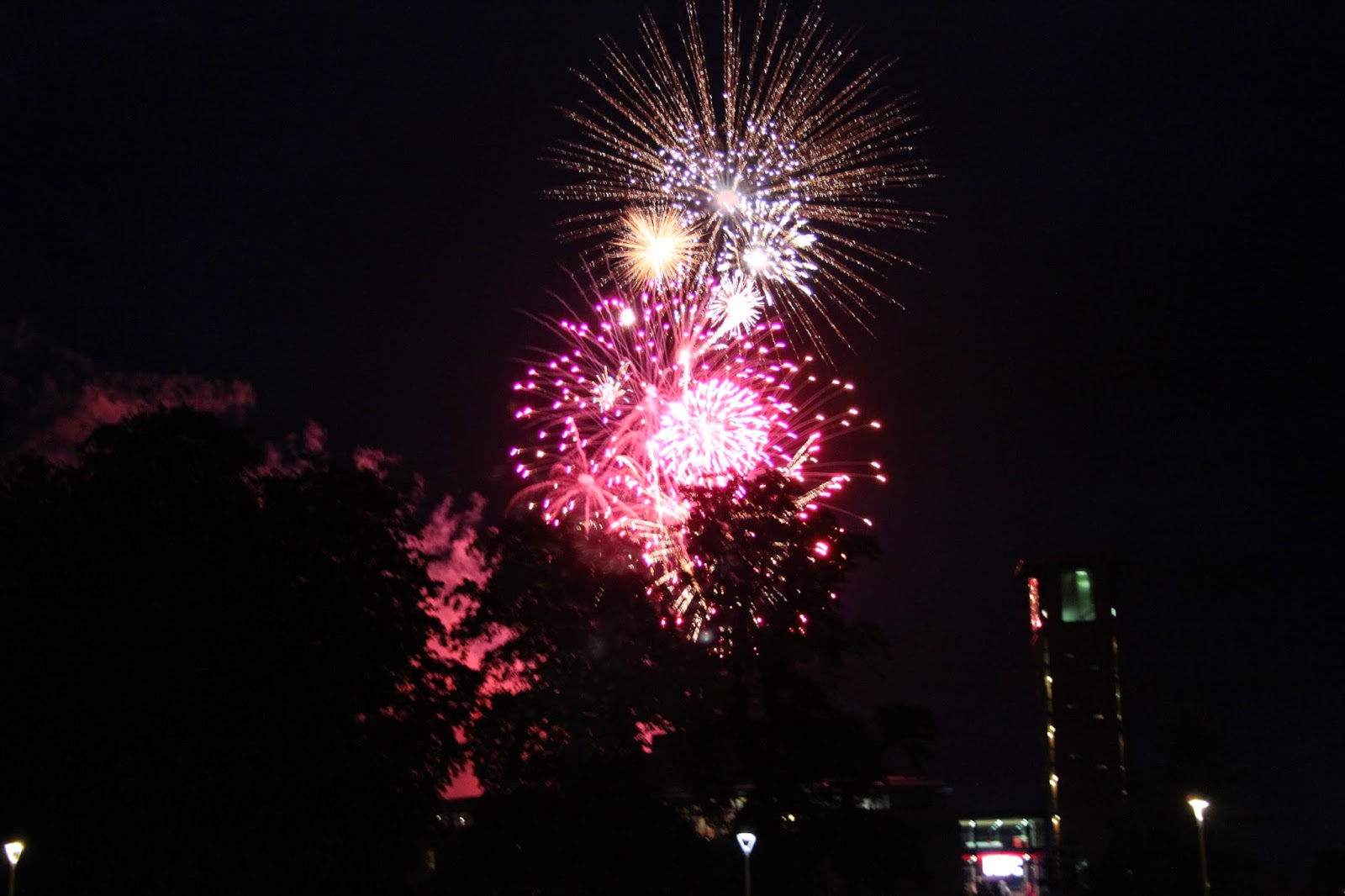 Never mind though, we enjoyed the atmosphere and the company was excellent. Earlier in the day we'd met up with Colin and Annie from Eli, and the following day, Adrian and Linda of Warrior joined us.
Posted by Sarah at 15:47 No comments: 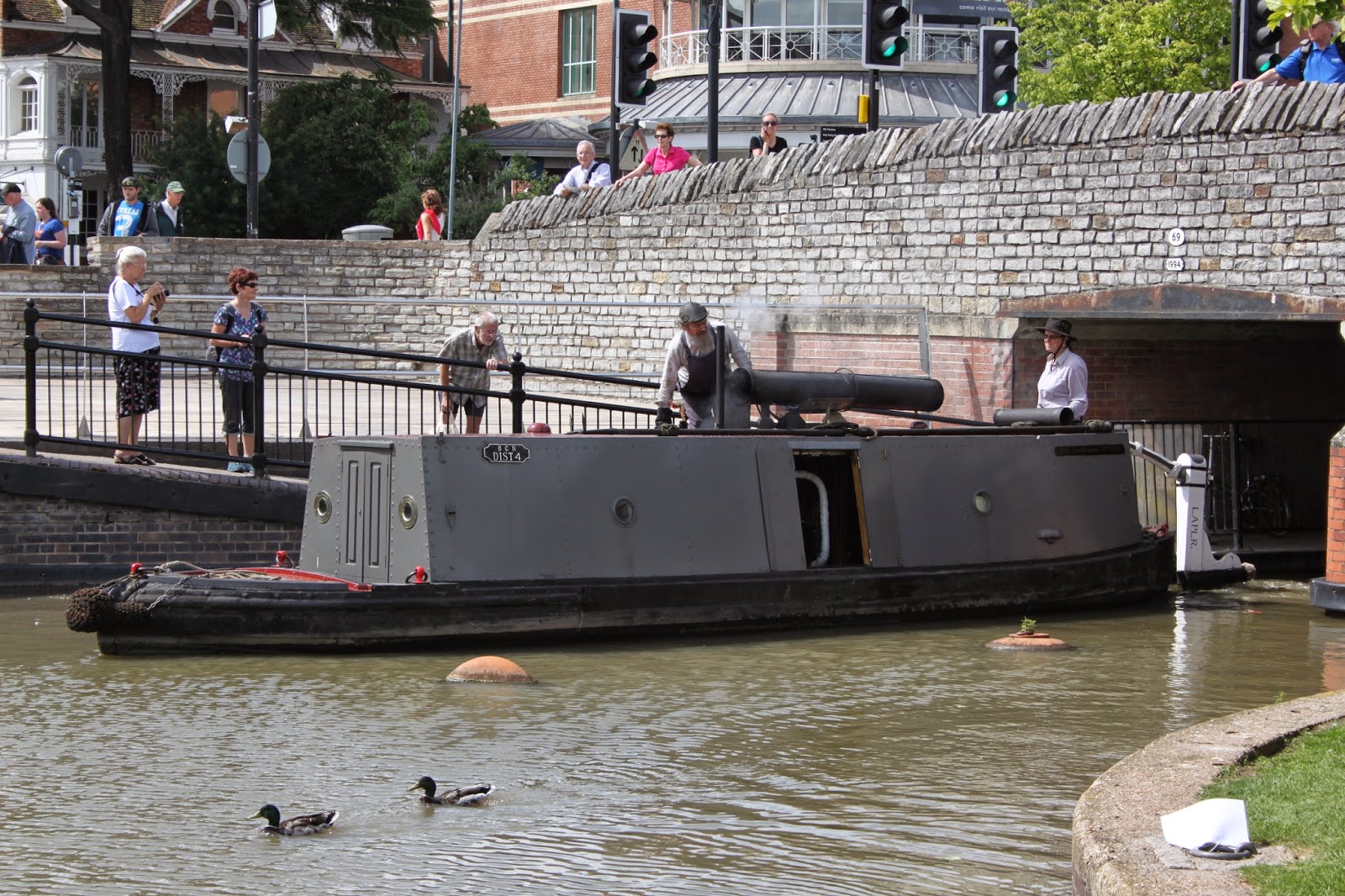 ... of Laplander, who joined us on the 'particular significant and historic' moorings after escorting the VIP opening party on Swift with the brief of, in Sean's words 'making a lot of noise' - which they did, with a steam driven siren. 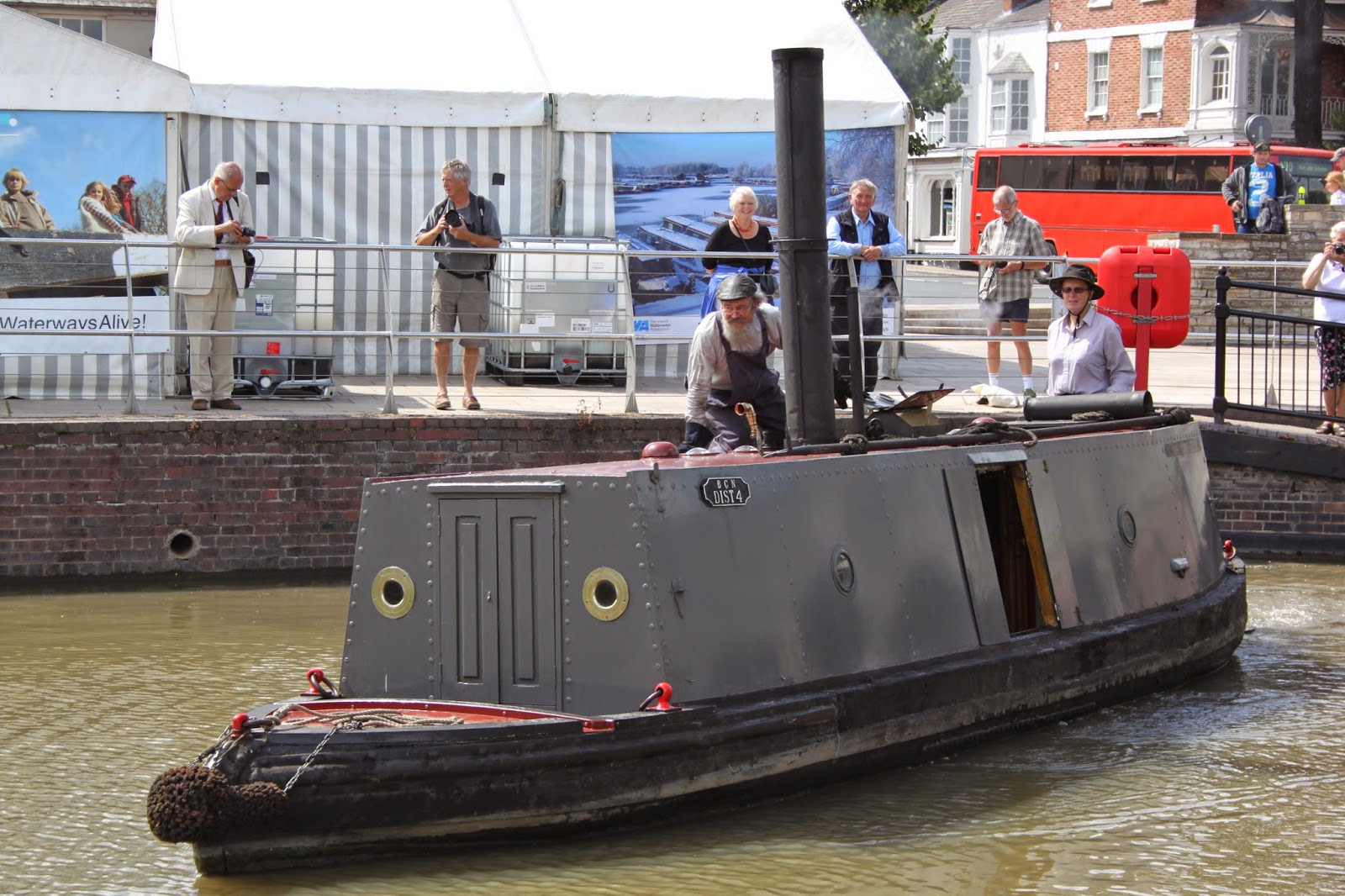 Sean and Dawn provided excellent and entertaining company for much of the weekend. The photos demonstrate one of the many skills required for steam powered navigation. Historic narrow boat owners like people like Sean because they make the rest of us look relatively sane.
Posted by Sarah at 13:35 2 comments:

A view of the river


As we were there for the River Festival, and not just to commemorate the re-opening of the canal (well, supposedly), we thought we had better go and have a look at the river. 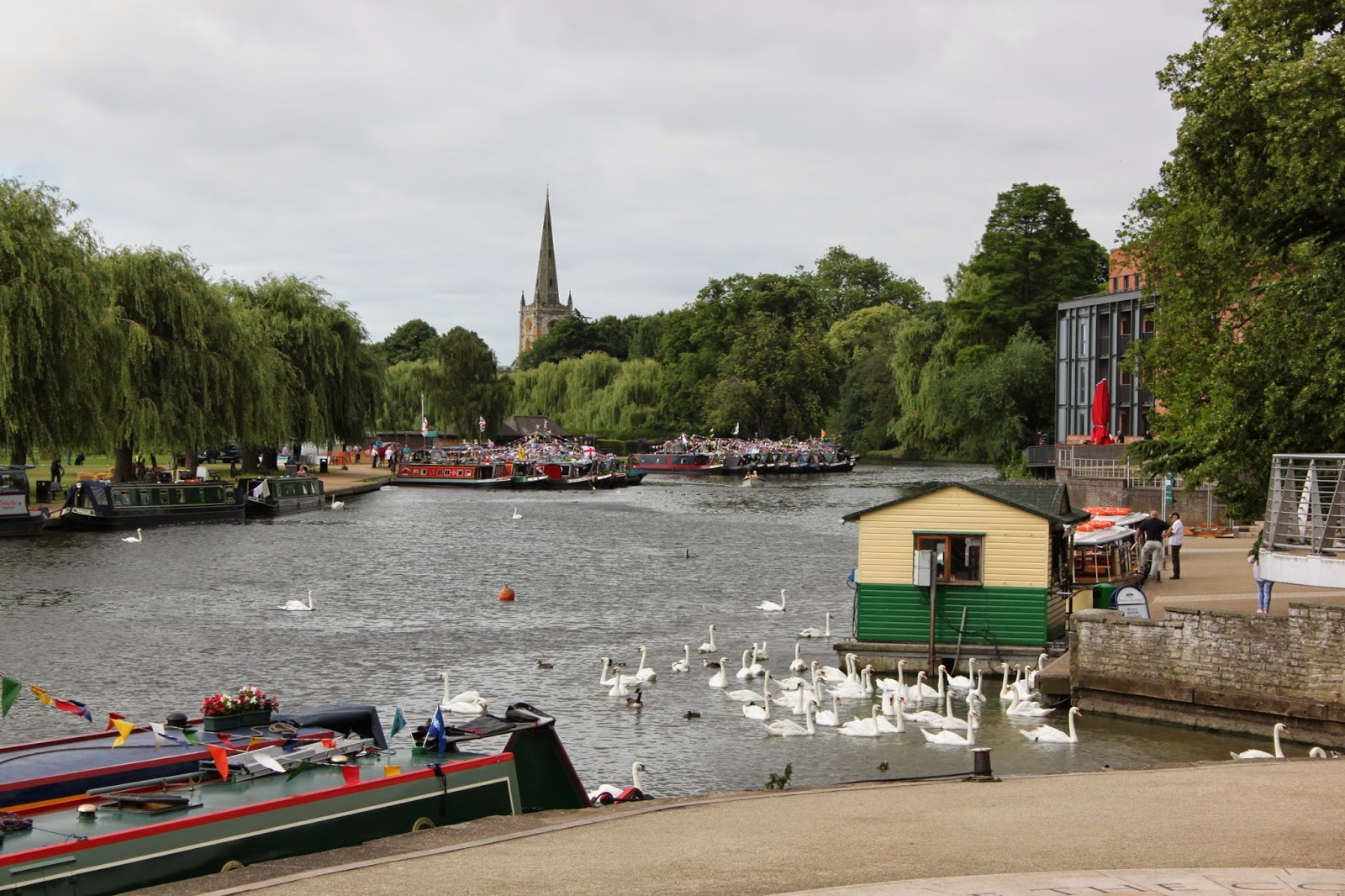 Yes, very nice.
I am glad we didn't end up in the middle of one of those great rafts though.
Posted by Sarah at 15:52 No comments:

I've just whiled away a happy hour here.
Highly recommended (and quite safe, as long as you don't mind people hearing you laugh)
Posted by Sarah at 15:53 3 comments: 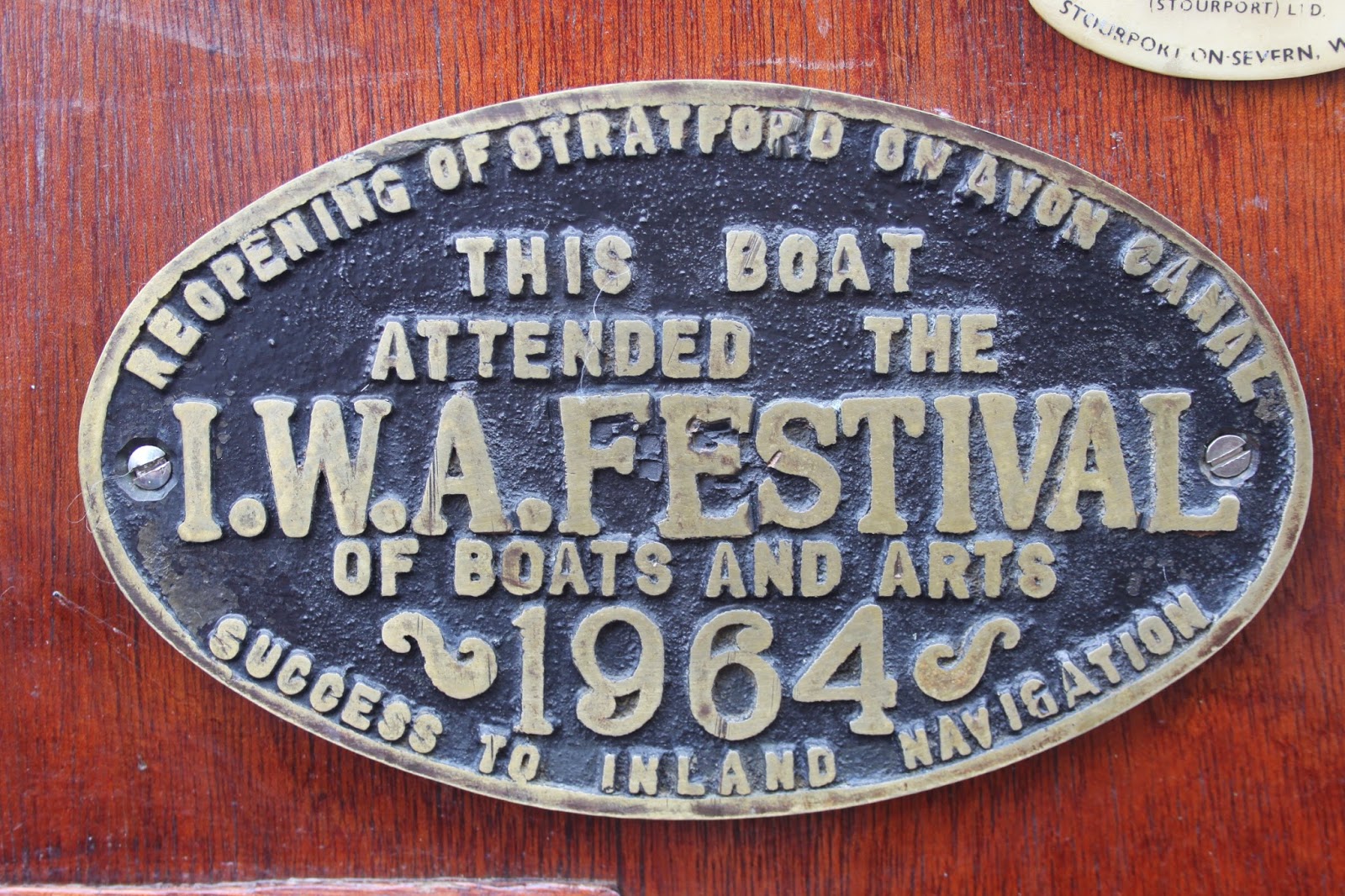 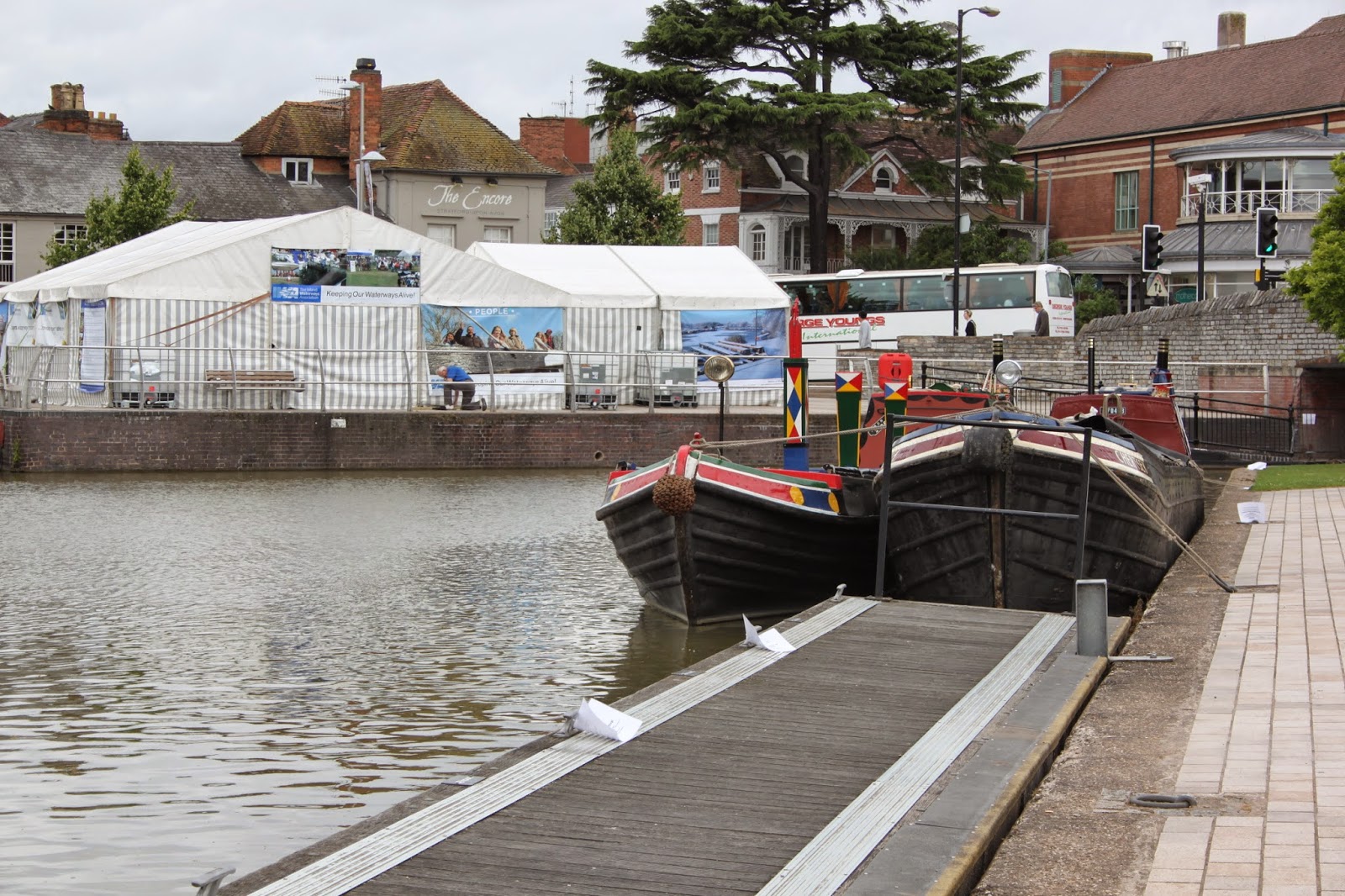 For anyone who has trouble telling the difference...

Here are Chertsey and Holland on the very exclusive moorings in Bancroft Basin, Stratford-upon-Avon. The flapping signs say 'Reserved for particular significant and historic boats'. Naturally once tied up we each quickly tidied one away as a souvenir.

You can see why we thought we might have more trouble than most getting through a bridge that narrows towards the top - Chertsey's fore end, and thus the full width of the boat, is as high as many boats' (far narrower) cabin tops (including, sometimes, its own) - and this was before we'd moved the coal back.
Posted by Sarah at 15:51 No comments: