As Halfie correctly identified, I was in Hebden Bridge on Saturday. This was as part of an outing loosely organised by the Sheffield and South Yorkshire vegans. The only part of it that was actually organised was the meal in the evening, but most people decided it would be nice to spend a day in Hebden Bridge first.

In truth, there wasn't really enough to fill a whole day. I was a trifle disappointed. Not only because the streets weren't after all thronged with living Liberal Democrat Focus leaflet artwork from the early nineties (when I was a councillor, the Association of Liberal Democrat Councillors was based in Hebden Bridge, so that was where we got our artwork from, on paper, ready to be photocopied, cut out, and pasted onto layout sheets with Cow gum. I wonder if young people these days realise that cut and paste was once a literal activity...) Furthermore, I was expecting it to be a lot more visibly 'trendy' and right-on. It's supposed to be the lesbian capital of Britain, for goodness sake, but this wasn't readily apparent. Nor was there a noticeable contingent of people wearing yak wool jumpers who knitted their own yogurt ((c) Alexei Sayle). Maybe Lewes just sets the bar too high. 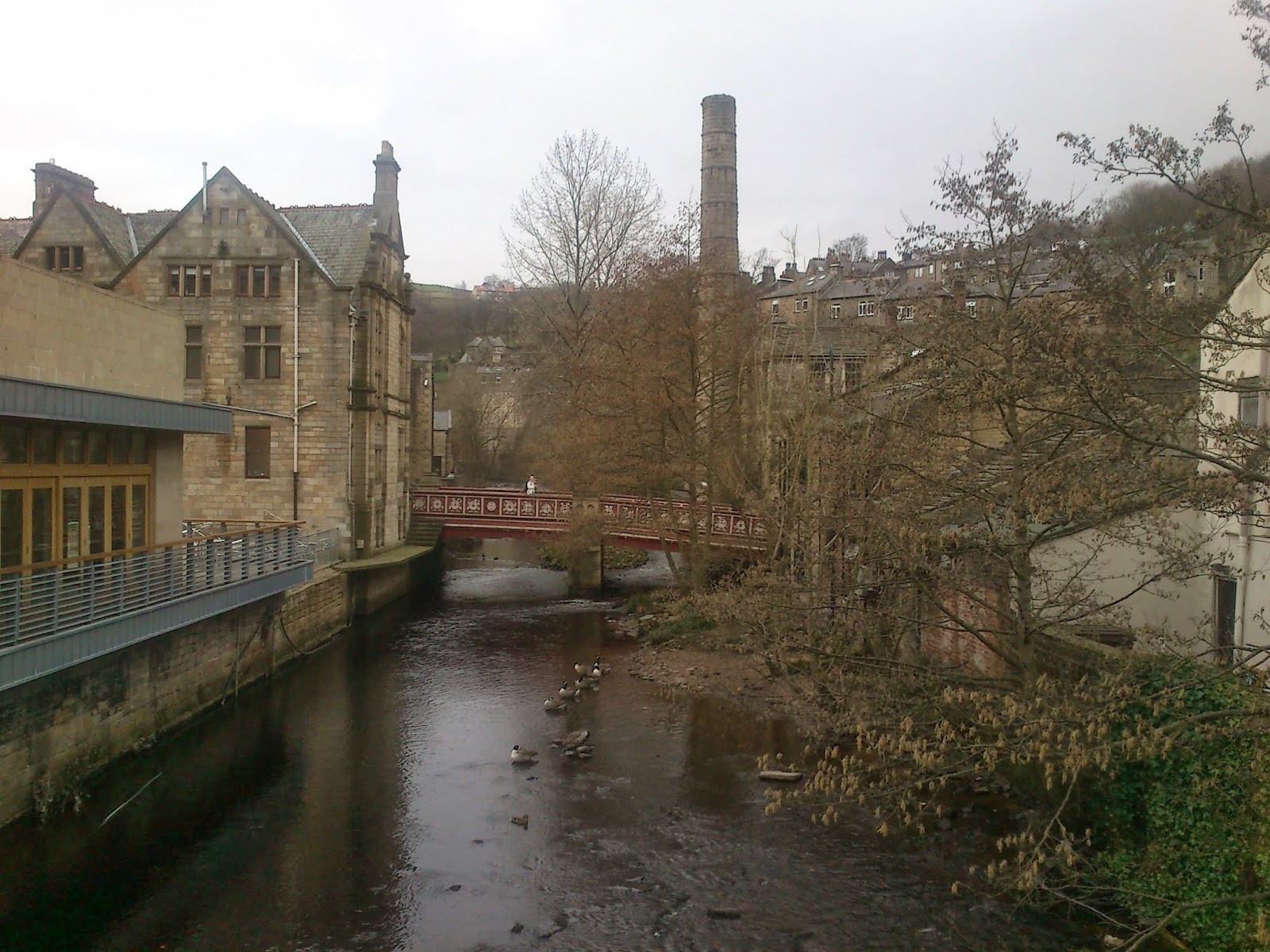 Nonetheless, it was a pleasant enough little town, but not sufficiently special to deserve its reputation as a tourist destination. There was sufficiently good charity shopping to completely defenestrate my resolution to buy no clothes this year - I came home with a dress (East; my favoured successor to Monsoon), a skirt, a blouse, a jacket, a bracelet and a brooch. I didn't fancy eating here, vegan or not. 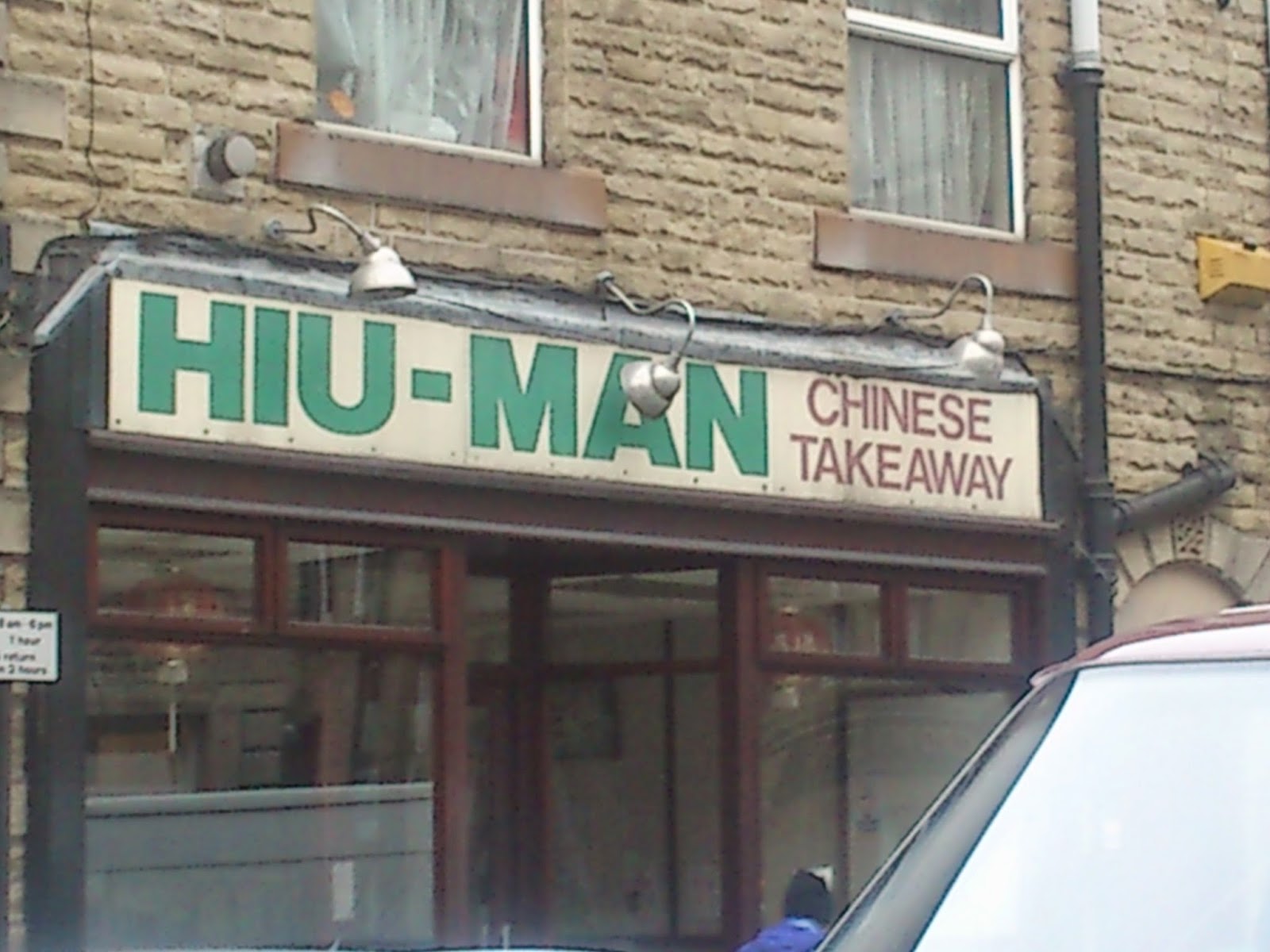 The town centre's possibilities exhausted, I took a stroll along the towpath, pausing to remonstrate gently with a hire boater doing useless and pointless things with ropes in the lock (Shire Cruisers, you don't really tell them to do that do you?) as far as Mytholmroyd, the birth place of Ted Hughes, squatting sullenly under a suitably leaden sky, before turning back.

In many places the towpath was collapsing into the water, taking the coping stones with it - presumably as a result of all the recent rain. 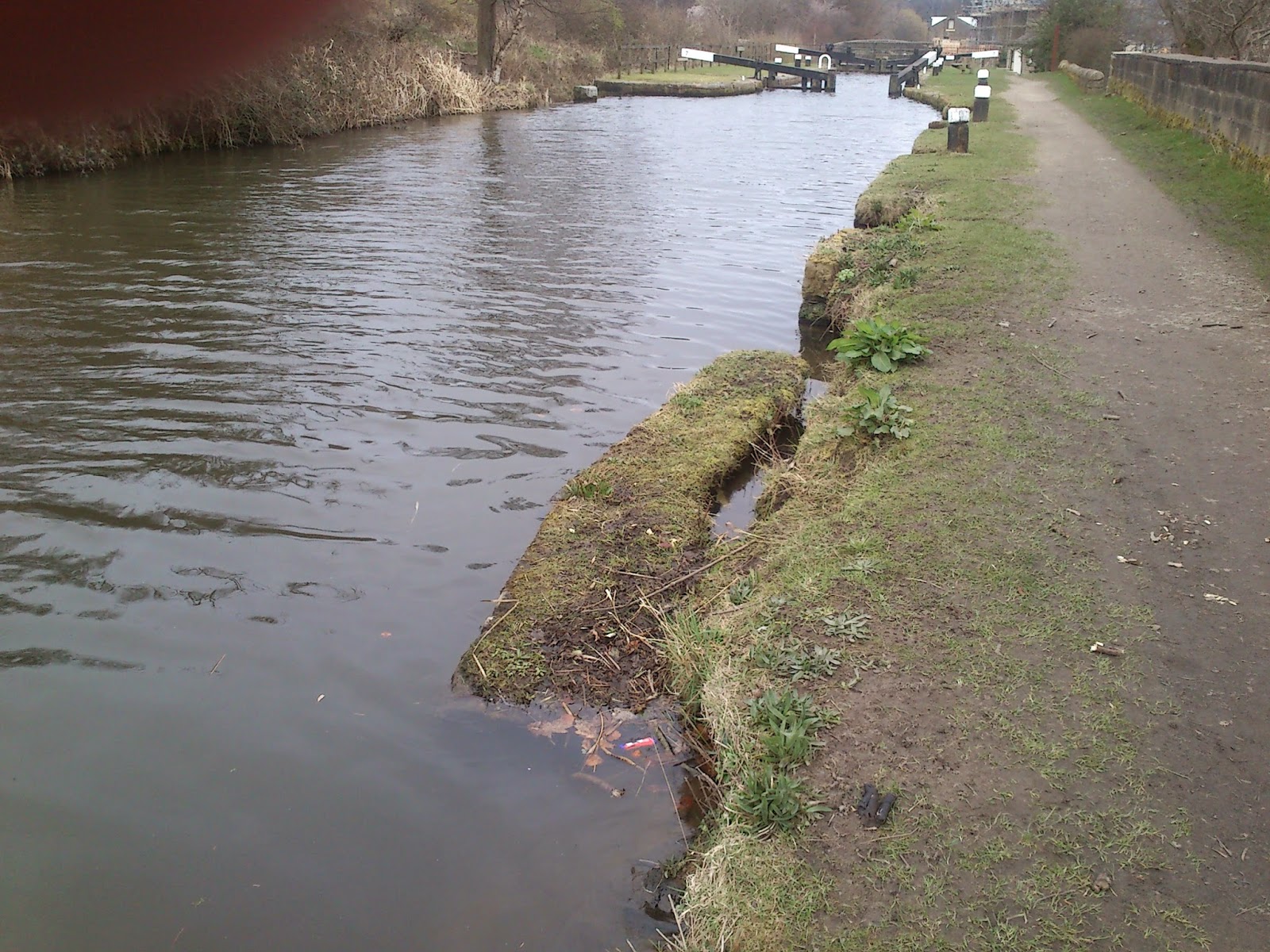 The evening's meal was taking place not in Hebden Bridge, but its neighbour Sowerby Bridge (I was very pleased when the woman in the Hebden tourist information centre confirmed, by her example, my pronunciation of this as 'Sore-bee'). Dandelion and Burdock is an entirely vegan restaurant, and the meal I had there was very nice. The starter of a garlicky spinach 'cream cheese' dip was very good; the main course South Indian Curry was fairly run of the mill (even though the guy sitting opposite me kept saying, 'I really enjoyed that okra'), and the dessert, ice cream sandwiched between oat, raisin and choc chip cookies was a bit special, and you would never have guessed it was vegan. Sadly, most of the assembled company at my end of the table had only one topic of conversation, which was 'being vegan', leavened with anecdotes about how hard it was to be vegan whilst on their foreign holidays.

Prior to dinner, while it was still light, I went to take a photo of Tuel Lane lock This is the deepest lock in the country, having replaced two former locks for which there was no longer space when the canal was restored in the 1990s. 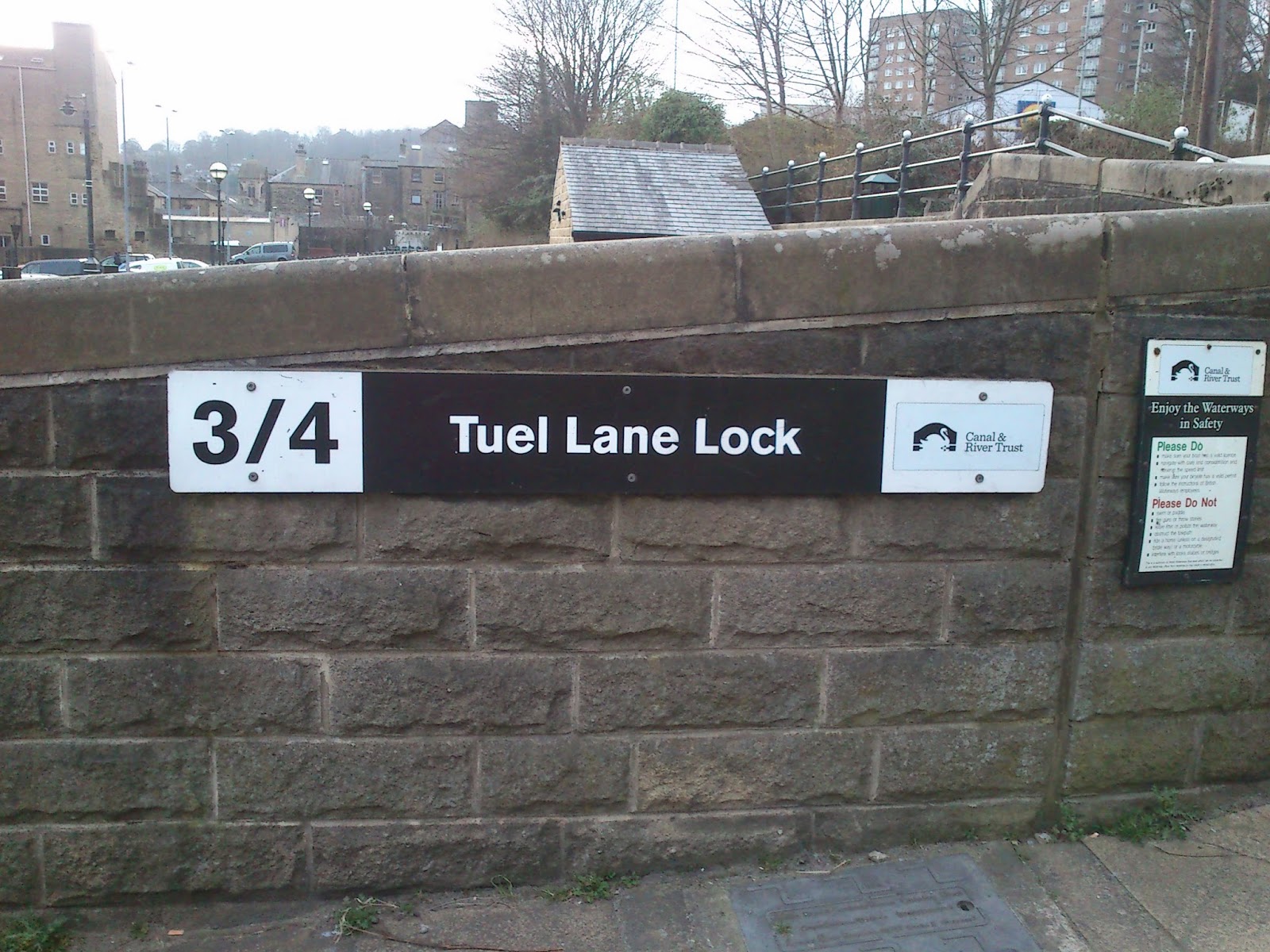 The lock was all locked up for the night so I circumvented the sign prohibiting climbing over the railings by squeezing between them, to get a not very impressive photo - it was half full so the full depth of 19'8" was not readily apparent from the inside. 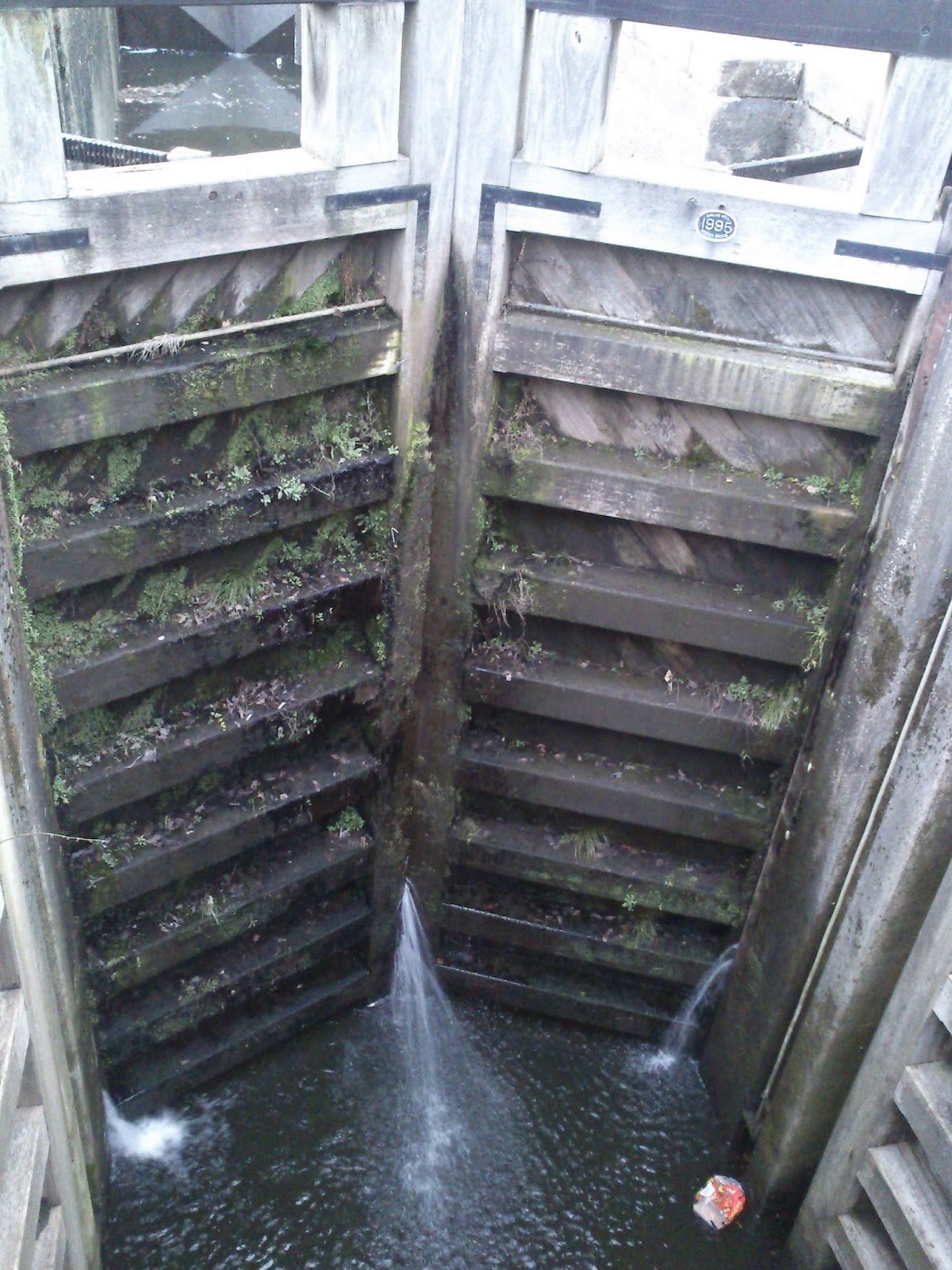 I've not boated on the Rochdale canal; must get round to it one day.
Posted by Sarah at 17:21 2 comments:

Have you got it yet?

I'm not sure whet happened to the sun...

Tomorrow I visit a town that was for many years the centre of my little universe; my Mecca, my Shangri-La. It's on a canal, but I've never visited by boat, nor by any other means, even when I lived in the same county.

I know what to expect though. A smiling sun will preside over the scene. The streets will be thronged with harassed looking alarm clocks, dashing to appointments on stubby little legs. Looking benignly on, despite the discomfort they must be suffering, are herds of elephants with knots in their trunks. There will be a race course, but only a small one, as every race is a two horse race.

Gosh. I hope it lives up to my expectations. 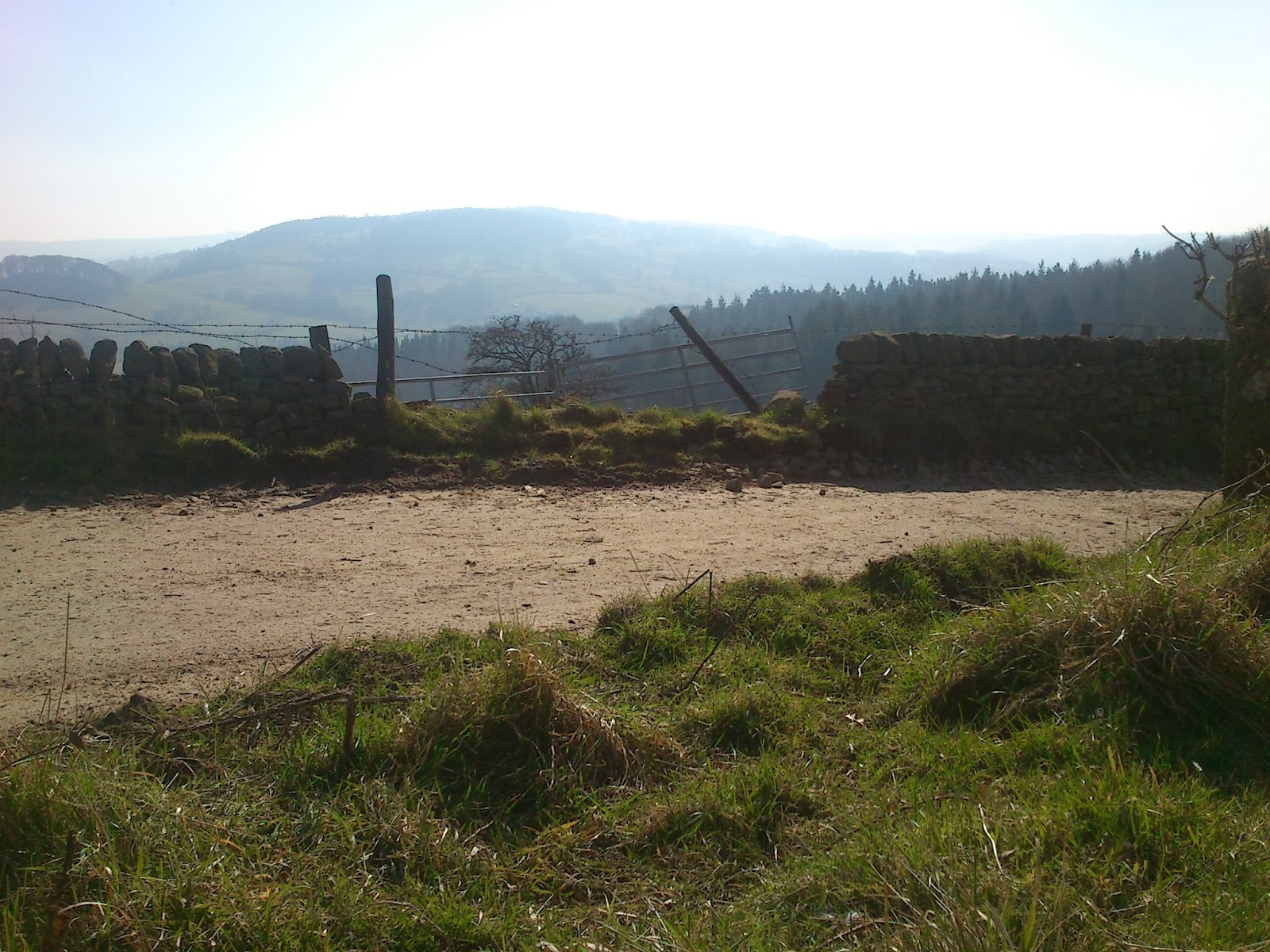 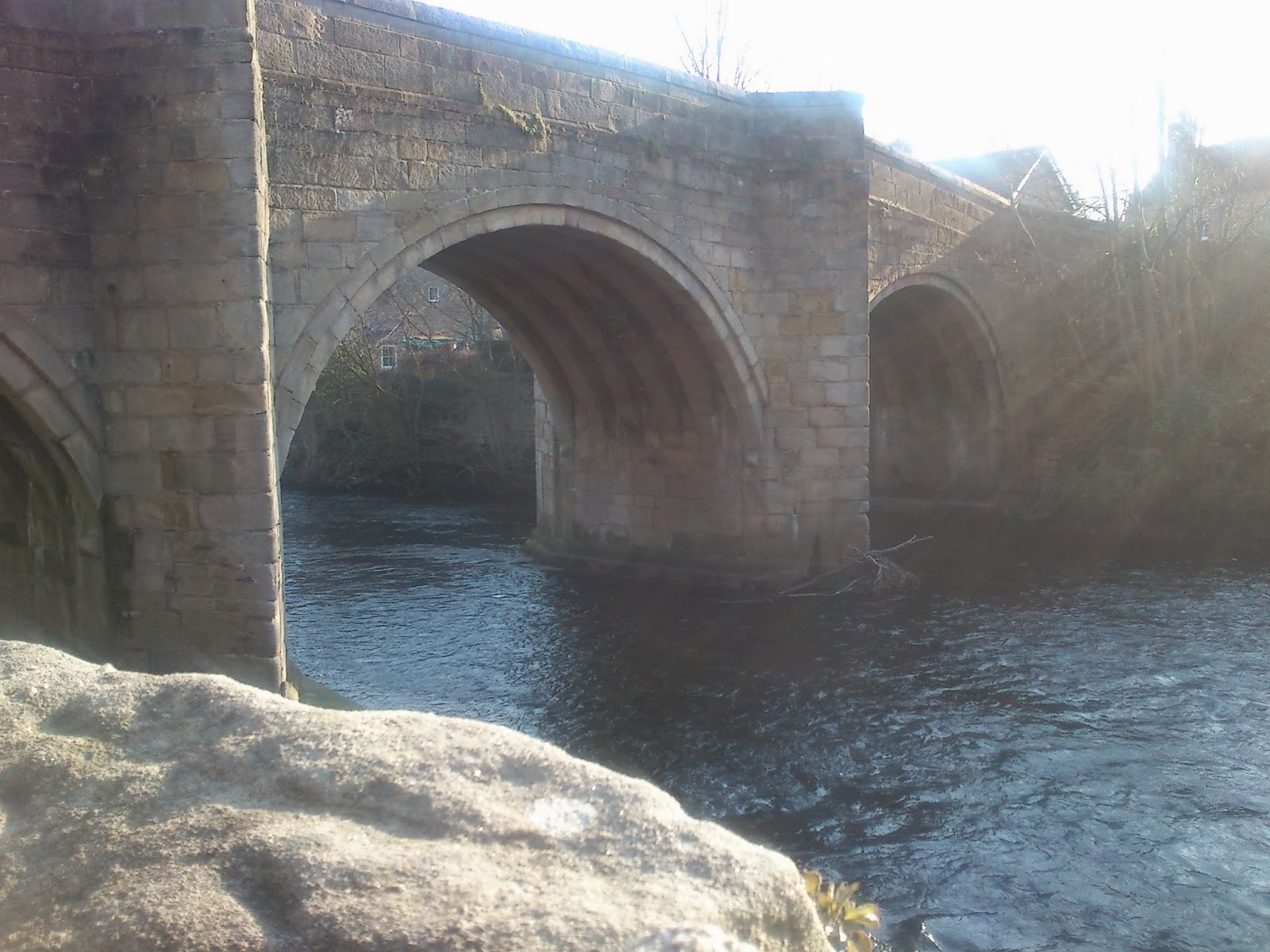 Next Sunday I am bestowing my favours on a different group, The Sheffield Wanderers, who are doing the Sheffield Canal and Five Weirs - down the canal to Meadowhall (or Meadowhell, if you're local) and back via the River Don, with a buffet on the way! And I have an outing planned for Saturday as well. Hope we get more than one weekend of nice weather!
Posted by Sarah at 10:07 3 comments:

Not really a book review, but it was the HNBC AGM on Saturday, and I was one of two members to take advantage of the meeting's new Lapworth venue, chosen for it's railway station, to travel by train. On arrival I had nearly finished the book I'd brought with me, so had to choose something from the second hand book stall to occupy me on the way home. I settled on Iris Bryce's trilogy of memoirs of travelling the system in the 1970s and early 80s, Canals are my Home, Canals are my World, and Canals are my Life.

These proved to be a pleasant enough and undemanding read, containing nothing earth shattering - apart that is, from the shocking claim made on page 97 of the final volume, viz: 'We enjoyed Worksop very much.'