More recent readers may not know about the Town Class Sticker Album - my repository, begun more than six years ago, for collecting photos of all the GU 'Town Class' motor boats.

It fell into disuse for a long time because I somehow came to believe that I had forgotten the password for it. But it's on the same account as this blog! So I am a fool. Glancing down it, there are photos of boats that I haven't seen for years (so lucky I grabbed them when I did) and so many missing ones that I could so easily have added - Aber, Alton, Aldgate, Banstead, Birmingham, Letchworth, Nuneaton, Renfrew... all of which I've seen up close in the past year; some of which I do have photos of. Then there are others where I could add more recent photos.

What sent me back to it today was a most unexpected find - well, I certainly didn't expect to find a large Northwich on the Sheffield and Tinsley Canal, but coming back from doing the Five Weirs Walk this afternoon, there it was - Naburn. Cut down a bit, of course, and apparently still a BW CRT workboat. 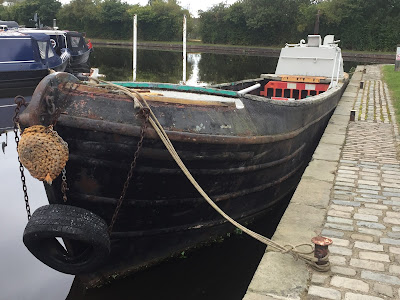 I shall now gradually set about tracking down photos taken in the last few years and uploading them to the album, and then we'll have a better idea of how many I've still to see.
Posted by Sarah at 19:16 1 comment: 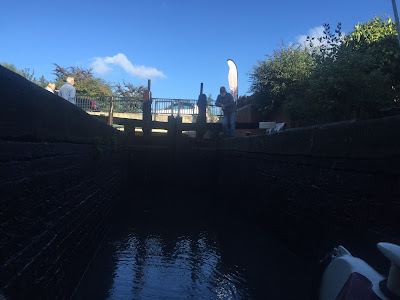 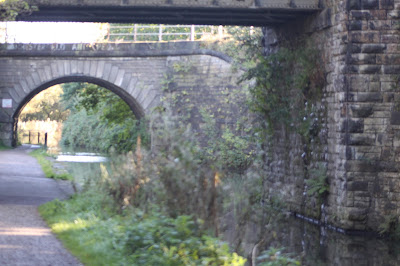 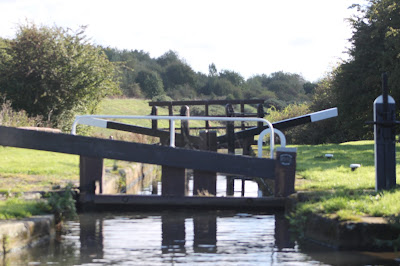 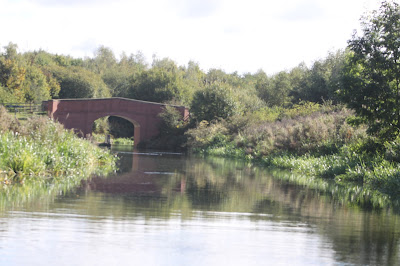 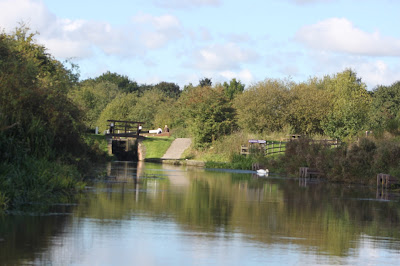