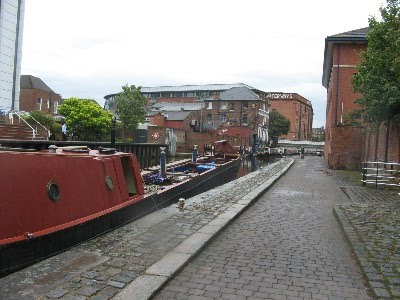 I know how to enjoy myself 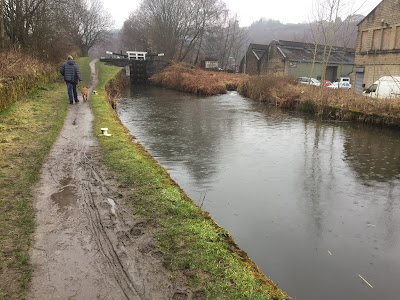 I went for a nice little walk on Saturday.
I visited one of my old stamping grounds, where I'd not been back for over ten years.
I walked six and a quarter wet and muddy miles and passed 21 locks, then got the train back to where I started.

When I travelled this canal by boat, it had only been re-opened five years previously.

Apologies to Jim (no, not you) again, this time for encroaching on his territory.

Every year on his birthday, Diamond Geezer takes the London bus corresponding to his age.  This year he is 53. This year, I also will be 53. I've long been aware that DG and I are of an age, but until I read his post this morning about yesterday's birthday, it didn't occur to me that I might do likewise, in Sheffield.

For the last couple of years, I've sort of done it, a bit, by accident. Until I moved last summer, I lived bang on the 51 route, and frequently rode a section of it. I lived pretty near the 52 as well, and would often take a 52 to just short of my destination if no 51 was forthcoming. I have never done either of these from end to end. I have been to one terminus of the 51, both walking, and the time the driver forgot to stop, but I have never been to Charnock at the other end.  I have walked past the starting point of the 52 (since moving) but I have never been to Woodhouse.

The first birthday I had in Sheffield was my 48th. A 48 and 49 bus seem rather elusive. I find mention of them in passing, but no official record seems to exist - perhaps others can help. The 50 goes to Chesterfield, so perhaps I could start with that one - it's not even a very long journey.  Then I could do the entirety of the 51, and even squeeze in the 52 while I'm still 52.

And then what a treat in July - the 53 promises an hour and a half excursion to Mansfield.

As the Big Days Out have somewhat stalled (Saltaire was a great start, but the process has been somewhat held up by the second random pick being Ladybank) perhaps I could manage some bus trips in the meantime.

And, ooh, Jim - I went on a new tram yesterday! In Nottingham. Not as nice as the Sheffield ones. They don't have conductors, but ticket machines and threatening notices, but it was certainly a very efficient way of getting from the station to the University.

Today I am shortly off for a day trip visiting old canal haunts...
Posted by Sarah at 07:32 3 comments:

On getting off the fence

Thank you to everyone who added thoughtful, careful and tactful comments to my last post - and that's everyone. I just wanted to say that I will respond, but perhaps when it's all over - or at least this first stage, which should end at the end of next week - when the dust has settled and I can get a bit more perspective. And I will respond because I do care what you - you union men - think; because there are important questions not only about individual conscience but about what trade unions are for, and how they can best achieve their aims. And these are questions that I want to ask, not that I presume to answer. So please bear with me while I write about some other things in the meantime.
Posted by Sarah at 06:31 No comments: