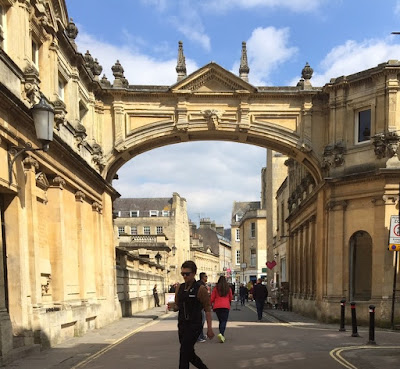 You wouldn't have thought, would you, that a small northern mill town and a city that's the epitome of Georgian elegance would have much in common, but my first two Big Day Out destinations have thrown up a surprising number of similarities. 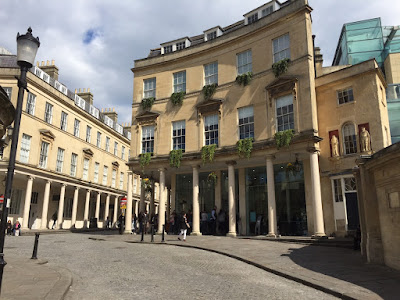 Both have the waterways double of a river and a canal. Both are largely built of stone. Both are a monochrome, tasteful, shade of beige. As befits their shared status as World Heritage Sites, both have the sense of being preserved in aspic, with nary a plastic window and scarcely a modern building to be seen. 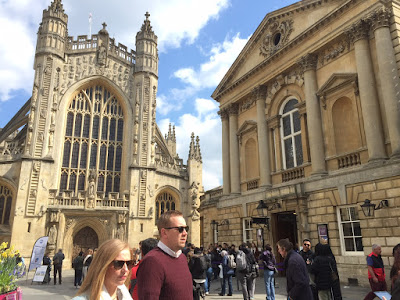 The difference is that with Bath, there's so much more of it. Finish admiring one breathtakingly designed, perfectly executed, meticulously preserved square, or circus, or parade... turn the corner... and there's another one - a groundhog day of architectural excellence. In Saltaire, it's charming; in Bath it's oppressive, like being drowned in golden granulated sugar. 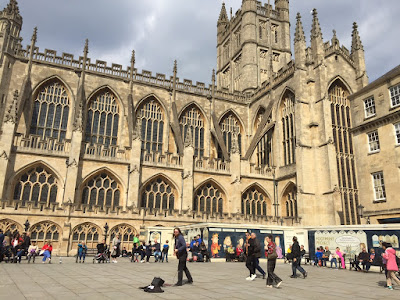 Which is not, of course, to say that there is nothing to admire in Bath, nothing awe-inspiring, or beautiful, or stunning; nothing interesting, or historic. On the contrary: there is far too much of it. You almost feel that Bath is hogging more than its fair share, and some of this beauty should be redistributed to places with less of their own.

As my rail replacement bus to Bristol eventually reached Bath's banlieues, the sight of an ugly building came as a relief.
Posted by Sarah at 06:00