Let's return to Bath for a few more posts. I spent much of Saturday afternoon wondering around the city centre, then on Sunday was taken on a brief tour of some of its grander (and they of course are very grand) streets, en route to a towpath walk. We finished with great Pulteney Street, and the Holbourne Museum, which we did not visit, but slipped past. And behind it was a sight to soothe sore eyes. 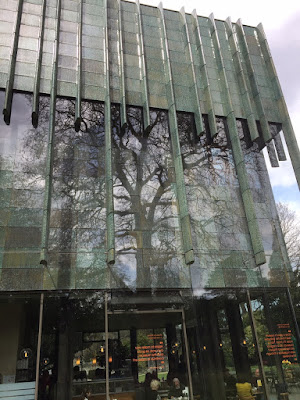 The 2011 extension on the back of the museum was like cool water after the arid stony beauty of the rest of the city. Bath is beautiful, of course, but so is this, and I by this point I was ready for something that wasn't golden. It's - from what I can see - basically a standard glass box, but taken into another realm by its sublime blue/green/brown mottled ceramic cladding. 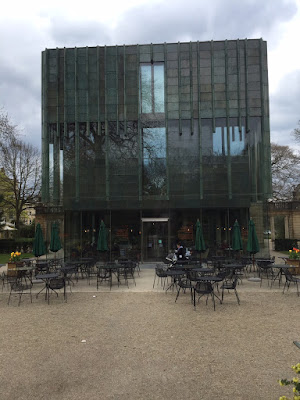 My photos do not do it justice, but there are better ones, and the story of the struggle to get it built, in  this Guardian article.

Now, I would not want to see any of Bath's - or anywhere's - old beauty destroyed, but I have no objection whatsoever to adding new beauty to it. Far better than the ubiquitous bland pastiche which is offensive by virtue of its very mediocrity, painfully apparent when put next to the real thing.

So I oohed and aahed and lapped it up for a little while, and then found myself at one of those magical gateways to another world as the gardens led down onto the Kennet and Avon Canal. 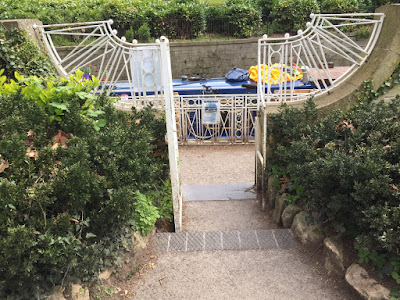