Possibly the most gorgeous station I've ever seen

And no, it's not in Bath

I was completely spoilt for railway stations on this trip, managing to take in three, all of which warrant a mention in Simon Jenkins' Britain's Hundred Best Railway Stations - a tome which I drool over nearly as much as CAMRA's National Inventory of Historic Pub Interiors (and that got a hammering on this trip too). OK, one of the stations wasn't in Bath and so including it is a bit of a cheat (especially as it's potential destination number 123) but I am including it because, firstly because of engineering works, it was where my train journey began and ended; secondly, I've seen it from the inside many times, but never from the outside, because this is one major English city that I have so far never visited, and thirdly, because it is stunningly, awesomely,  jaw-droppingly gorgeous. 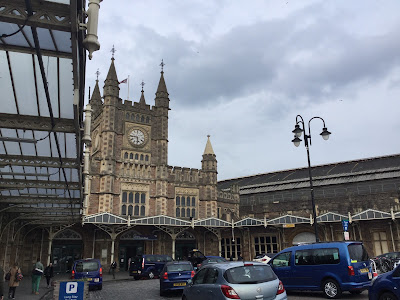 I did not get this view when I arrived in Bristol. Unusually, in my experience, the route to the rail replacement bus was well and clearly signposted, taking me past a child-friendly mosiac of the Great Man (incidentally, in an age when all manner of Victorian names are enjoying a resurgence, I remain perplexed as to why Isambard hasn't caught on) 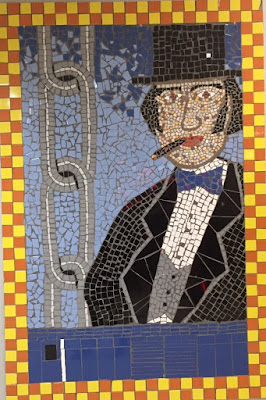 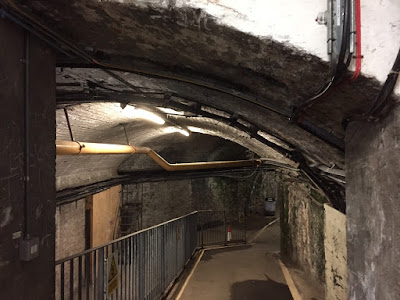 I have to say that the rail replacement buses on this trip, in both directions, worked without a hitch, although I did have to take the precaution on arriving in Bath of checking where it would leave from, which wasn't the station itself but the bus station. Everyone was very helpful and the buses were luxury coaches. (I suppose it was ten years ago now when we came back from Three Bridges to Lewes on a knackered old double decker with condensation streaming down the windows and chewing gum stuck all over...). 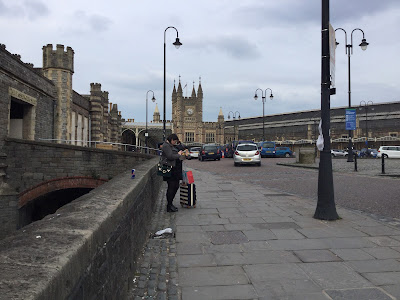 And when we were dropped off back in Bristol, my first sight of Temple Meads station really did make me catch my breath and swear in awe. To my mind, it even gives St Pancras a run for its money. 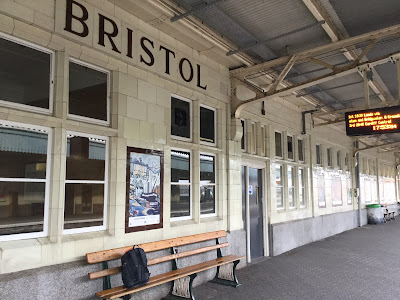 The platforms are fabulous too. You know how I love faiance

Someone is still making these castings: 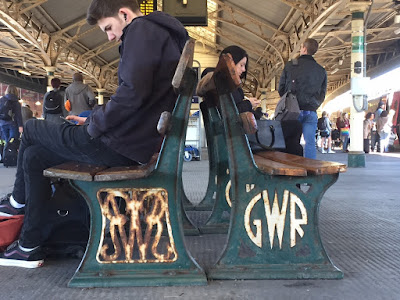 
But that's enough of the station I wasn't even meant to be visiting. I think Bath's stations will have to wait until tomorrow now.
Posted by Sarah at 06:00