The Road to Walsall

Easter Monday dawned chilly and damp, in the best English Bank Holiday tradition, ready for our convoy cruise to Walsall. We'd been given a rough time to be ready to go, but the running order was left to emerge via spontaneous organisation, aka anarchy. We knew that we didn't want to go first - and nor could we, as the lead boat in the convoy, Warbler,  was carrying Richard Parry, easily recognised by being the only person in a lifejacket (to be fair, he wears it for the best of reasons - because all other CRT employees have to) 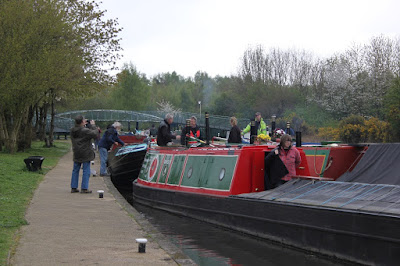 the better to show him the anticpated obstacles to navigation - the very things we did not want to be first to encounter. But on the other hand, we didn't want to bring up the rear either, and have no one to rescue us, should rescue be needed. So as usual, it was all a bit of a frantic scramble in the end, but we quickly settled into an impressive procession - well, I thought it was impressive. 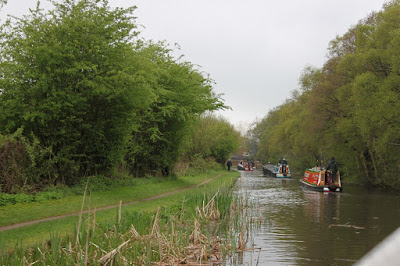 At any given time I could see three or four boats in front of us, and another two or three behind. The few people we passed on the towpath seemed surprisingly unmoved.

We passed Pelsall Junction, where Atlantic peeled off up the Cannock Extension in pursuit of Renfrew and Aldgate who had gone up earlier. 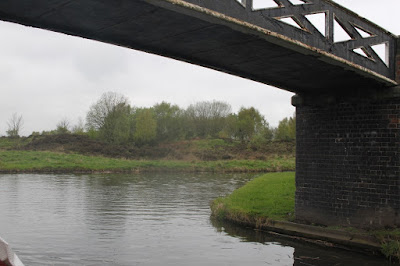 Here the canal was wide and windswept, and though shallow was mercifully full of water.

The bridges of the BCN are worthy of a post - nay, a website - of their own. Here is Pelsall Works Bridge, which I excitedly shouted to Jim to photograph, just because I liked its combination of cast iron spandrel with brick abutments and parapet. 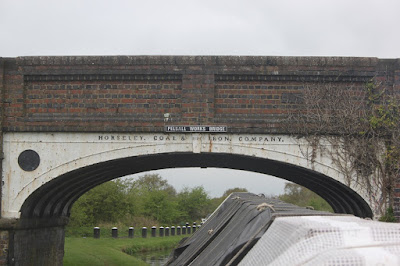 (Joyous aside - I went searching to remind myself what abutments are called, because I couldn't find my railway architecture book, and instead I found a fabulous trove of arcana here, in which I learned of the existence of  the Whipple truss, which superseded the Pratt truss. Patented by Squire Whipple in 1847, it was also known as a Double Intersection Pratt and was widely used on Americal rail bridges. I then spontaneously remembered abutments, but was reminded of spandrel, which is, I hope you will agree, a superb word.)

Eventually the inevitable happened and we rounded a bend to find Bath working its way off the bottom on the outside - and very helpfully showing us where not to go (that was one of the ulterior motives for not going first). 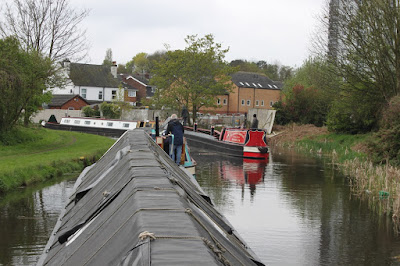 Of course this nearly cause a slow motion pile up as Sudbury and Eli skidded to a halt behind us. 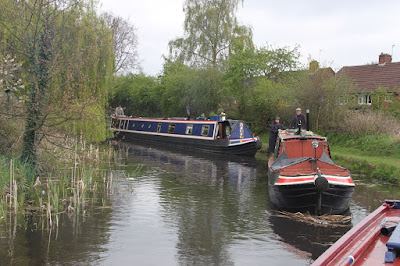 I am pleased to report that there were no fatalities. No contact, actually. And Bath quickly got off and we were on our way again. 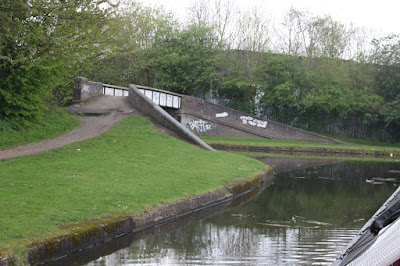 At Birchills Junction we left the Wyrley and Essington and embarked upon the Walsall Canal. 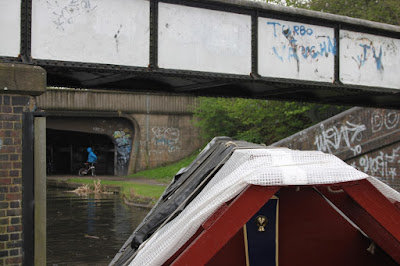 We thought we might finally have spotted a Feral Youth, but he was gone before we could get a proper look.

Stephenson Avenue Bridge was another interesting one - 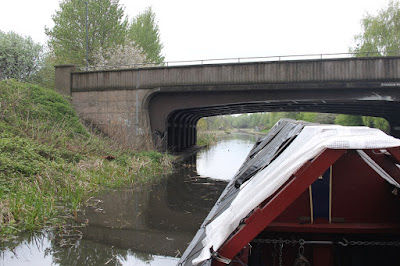 steel and concrete rather than iron and brick this time. 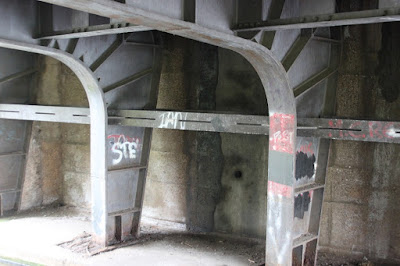