On the way to the Community Centre in Brownhills, we encountered the 'Brownhills Colossus', 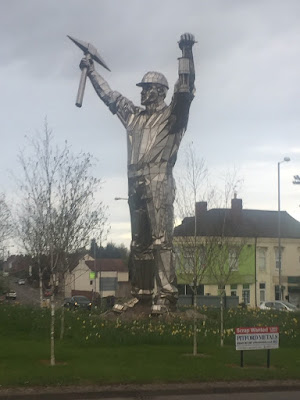 officially unofficially known as 'Jigger' - a competition was held to decide upon the statue's official unofficial nickname, and was won by the grandson of Jack 'Jigger' Taylor, who died in a colliery accident in 1951. They could hardly have given the prize to anyone else after that.

Jigger is 40' high and made of stainless steel. He really is actually very impressive, if a bit Soviet Realist. The sculptor John McKenna's website describes the process of the statue's fabrication and installation. I think I prefer Pete's version of the story though: 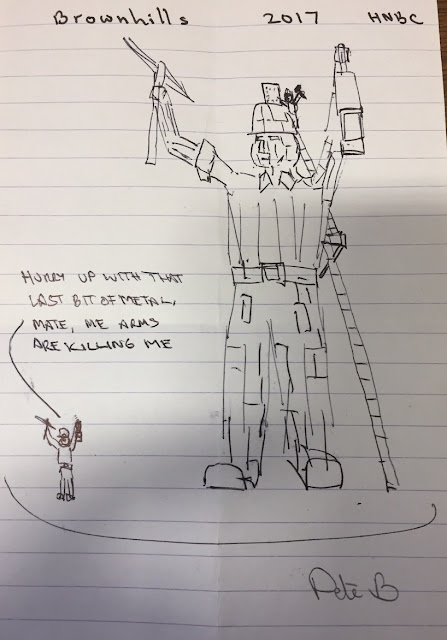 which fetched £2 at the auction.