The architectural gems of Walsall

Much maligned; much misunderstood.Until I was about twelve, I had the slightly confused impression that Walsall was the capital of Poland, and was never quite sure why an Iron Curtain city
fielded a team in the Third Division (geography was not a strong subject at my school). 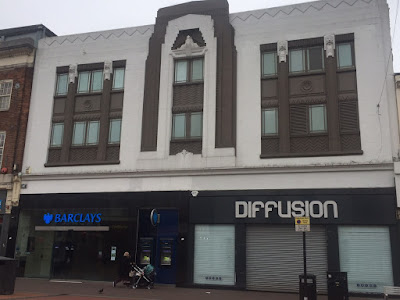 Later, a couple of years ago, I took us off for a day trip to Walsall, and found the most depressed place I had ever seen, complete with people who looked like they'd stepped out of a thirties photograph. 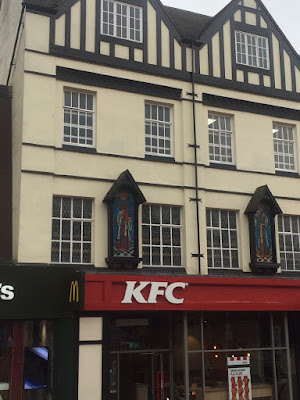 But I did the place an injustice, and not least because of that, I'm very glad to have gone back. Of course Walsall, in common with much of the Black Country, has suffered economically in recent decades, but there is still a lot more to it than that. 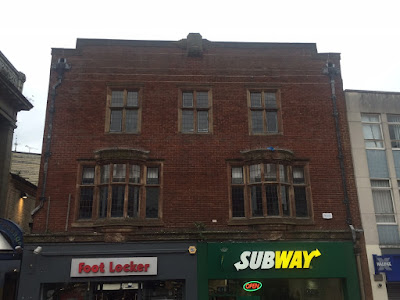 On this visit I took a stroll through the now-pedestrianised high street, and above the clone shop frontages found a startling array of 1920s and 30s commercial architecture. 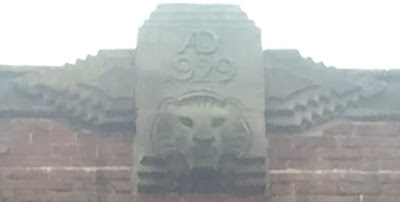 The very first Wurlitzer to be inported to the UK was installed in Walsall's Picture House Cinema in 1924, although sadly the cinema subsequently burnt down, on more than one occasion, and on the last one was not rebuilt. 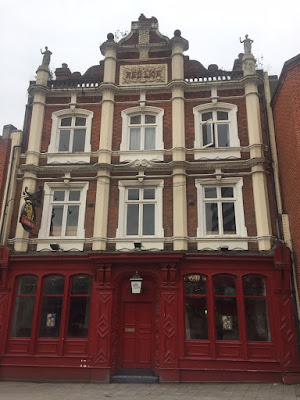 According to its Wikipedia entry - which I am disinclined to place too much weight on, as it refers to 'projects to be completed in 2009-2010', claims that 'Walsall town centre is fast becoming the most popular shopping destination in the Black Country'. Look out Wolverhampton! You may have a rival in the retail stakes as well as in my affections.
Posted by Sarah at 19:00