It will be a shame if I don't have my/Chertsey's birthday party at Alvecote after all, because I was looking forward to giving a gig to two radical new DJs who have just hit the scene.

Who would have thought when Jim invited Andy over to Chertsey while Sarah and I went to the quiz that a shared passion would be kindled over the HMV 130 table top gramophone (one of the last, and apparently best, wind up gramophones produced). 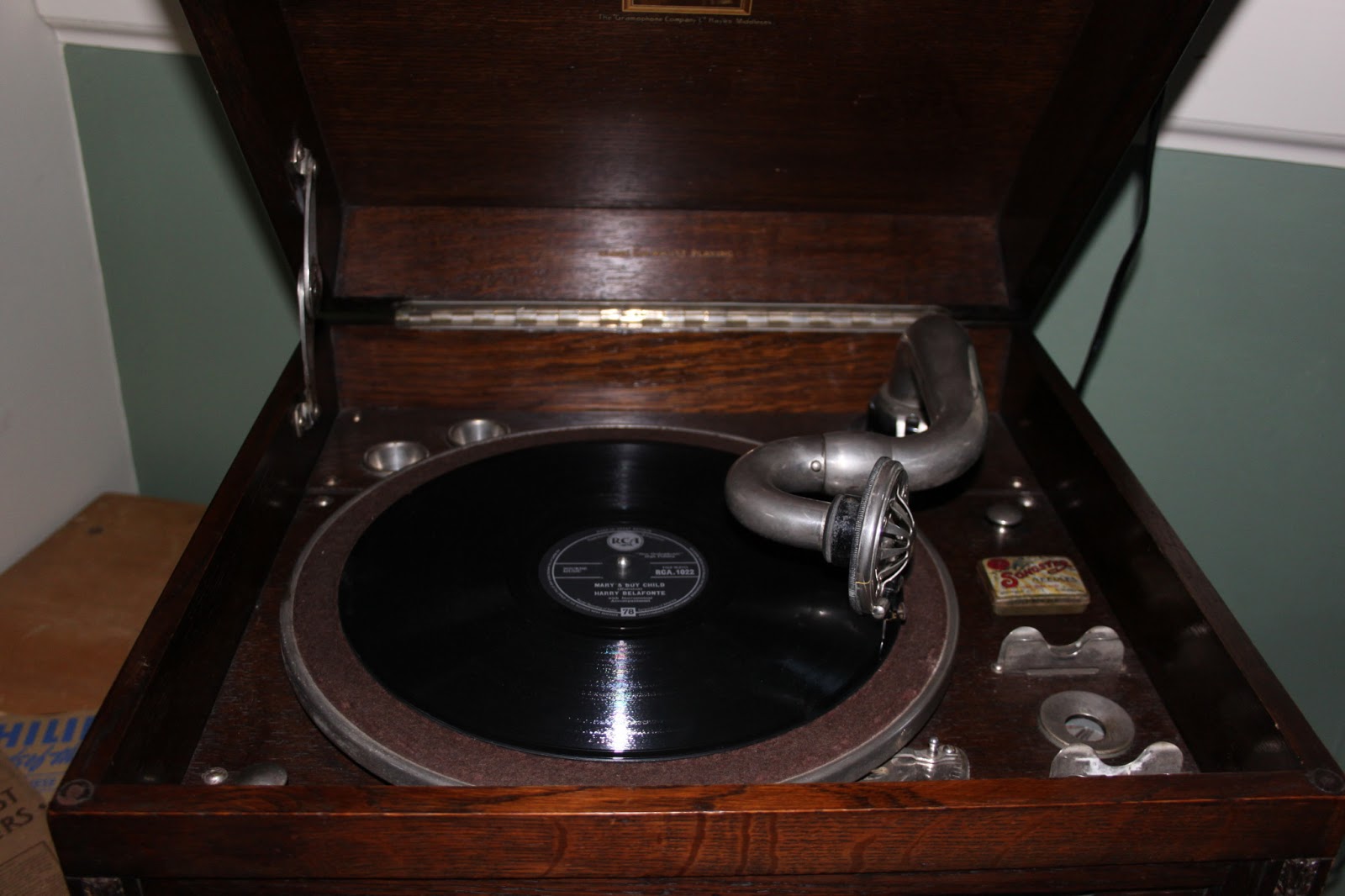 But it was, and Jim and Andy have both been adding to (and cataloguing) their collection of 78s ever since. Not only that, they have tracked down sources of new needles - a choice of steel, fibre (quieter) or THORN (amazing).

It is the perfect historic boaters' entertainment, requiring no electricity, just a good winding action, and of course the musical repertoire can be contemporaneously matched to the boat (unless your boat is very old indeed).

I believe they may be taking bookings!