Our triumphal entry into Walsall 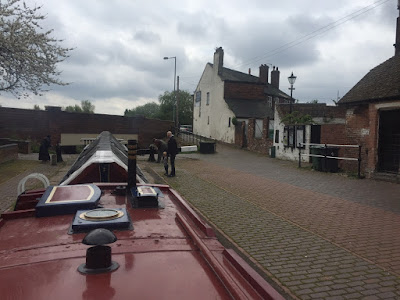 And so eventually we arrived at the top of Walsall locks; again fearing the worst; again pleasantly surprised. 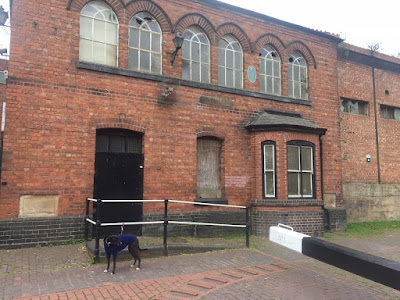 The fabulous Boatmen's Mission building still appears to be unoccupied, despite having been sold in 2014 for £89,000. Prior to that it was empty for over a decade, after the Birchills Canal Museum previously housed there closed for lack of funding. 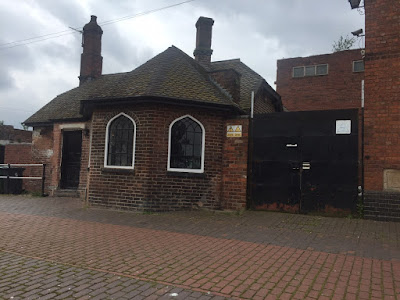 The sale included the lock house and presumable the delightful toll cottage.

The 'Boatman's Rest' was one of three boatmen's missions in the area, established in 1900 in an effort to provide alternative attractions to those of the pub. Amongst other attractions it offered coffee, tobacco, bagatelle and a free letter writing service (whereas a pub landlord would charge for the service). Newspapers were also available - presumably for a different subset of the clientele. At their height, these locks saw up to 200 boat passages a day, the ensuing queues at the top of the locks providing a substantial customer base. [source]

We formed an orderly queue and helped one another down - once again, with no problems, although the Cannock Extension explorers who arrived later apparently ran out of water, and had 'trouble' (unspecified). 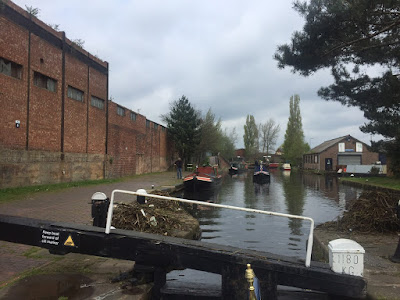 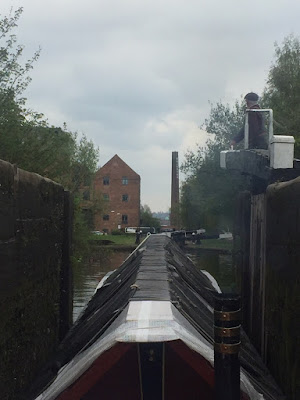 Sympathetically converted canal buildings show what could be done 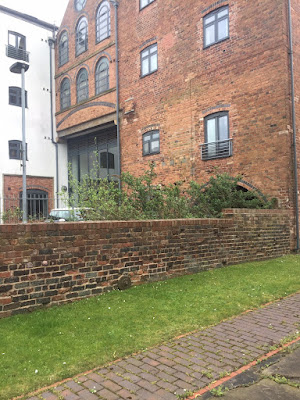 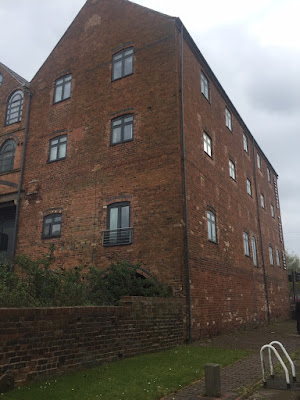 As we near the bottom of the locks 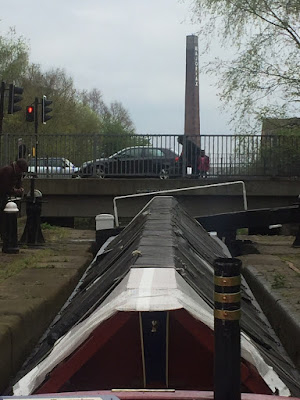 We attract some photogenically diverse gongoozlers 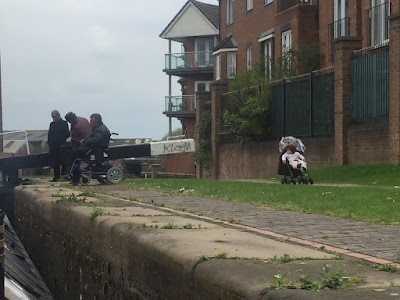 Not long after, we turn off onto the Town Arm 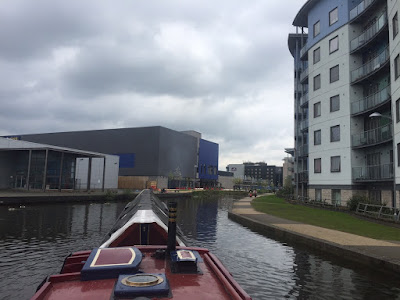 This is the only place we got stuck on this bit of the trip, and I managed it twice in the same place, mid-channel. Fortunately Jim was on the bank and I threw him the long rope and Chertsey pulled off quite easily, only to go aground again on the second pass. This time Dave was on hand to help pull as well. Third time lucky, I inched my way through the invisible shallows. There was, fortunately, plenty of room to wind in the basin and we tied up on a pontoon right in the middle of town. 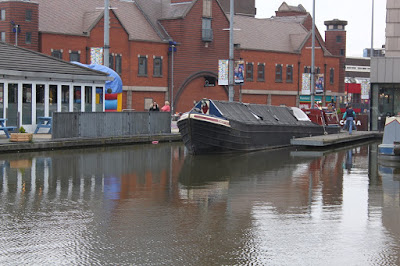 It was, as I mentioned at the time, very vibrant (i.e. noisy). 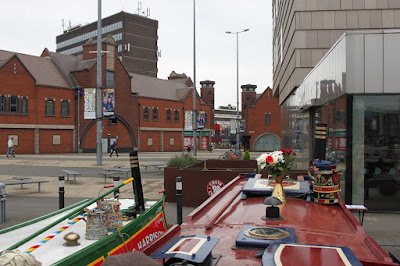 Chertsey did not remain in splendid isolation for long. 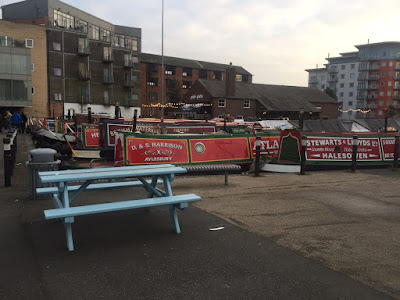 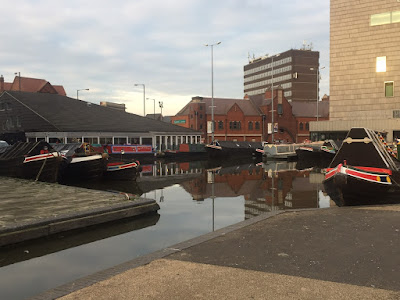 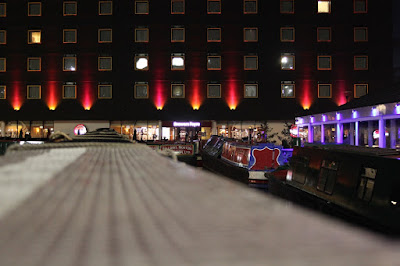 And although it militated against a decent night's sleep, we recognised the brilliance of being able to tie up in the heart of town like this.