As I mentioned in yesterday's post, I have a number of pieces of the Berlin Wall. My sister was in Berlin in early 1990 - in pursuit of David Bowie, which I suppose makes this an appropriate post for the fifth anniversary of his death. Pursuit of David Bowie was where she was most of the places she was, other than Newport, Gwent. She brought us each back a piece. Mine, I subsequently discovered, was the smallest, and fell apart.

However, I now also have in my possession her piece: 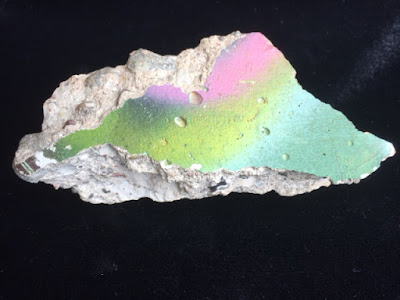 The piece she gave our mother (the biggest and the best piece): 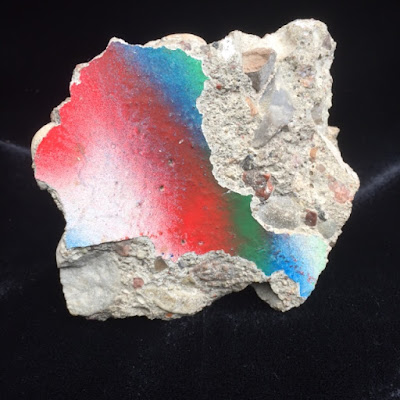 And, as I finally unearthed over Christmas, our father's piece: 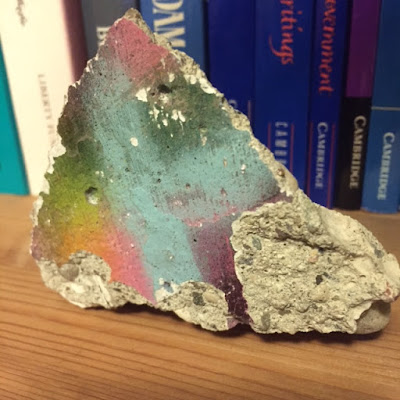 You may be wondering why the first two are so beautifully photographed - at least, I hung a velvet jacket from the fence and photographed them against it in daylight in the garden back in the summer.

The reason is that I wanted to feature them in a short 'mystery object' video which I'd agreed to make to use in online outreach. There were going to be others, but somehow mine was the only one to get made. You can watch it here. Although I fear some people might be terribly disillusioned by finally hearing the sound of my voice.