The centenary of my Auntie Doreen

Finally, long-delayed by our trip down the Sheffield canal, the more important centennial celebrations. 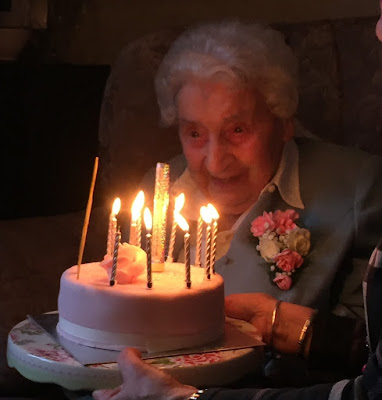 On the day the canal was celebrating its first hundred years, February 22nd, 1919, my Auntie Doreen was born in Swindon.

Her father, William George (rather confusingly known as George William) Hale, like her grandfather William George Hale before him, worked as a boilermaker at the GWR Locomotive Works. Her mother, Irma, was from Jersey, and when she first met George, spoke no English. Irma lived until 1985, when she was ninety-nine, but her older daughter has gone one better. 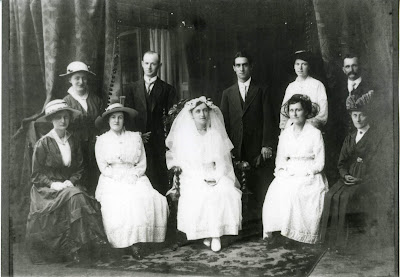 This is George and Irma's wedding in 1916. George was a strict Methodist, a teetotaller and a pacifist, but being in a reserved occupation fortunately didn't have to worry about being a conscientious objector. 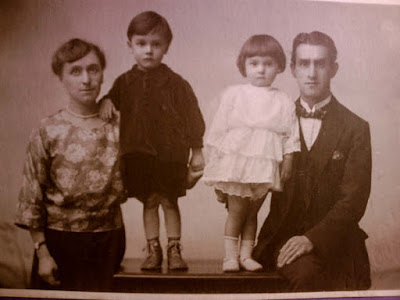 The middle child of three, Doreen had an older brother, Leslie - my father, and a younger sister, Ina. 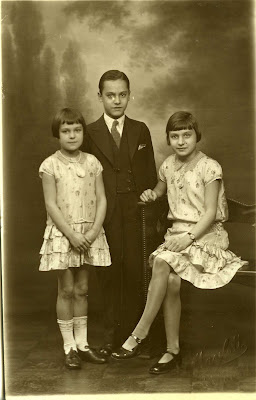 So, a few weekends ago I met up in Swindon with Sebastian and Izzi and Aurora, to celebrate Auntie Doreen's birthday at her daughter, my cousin Janice's house, where we met up with lots of relatives, some of whom we hadn't seen for ages, including a new second cousin once removed (I think) of mine (and either fourth twice removed or third three times of Rory) who rather marvellously is called William, like his great great great grandfather.

And here is Rory, meeting her great great aunt. 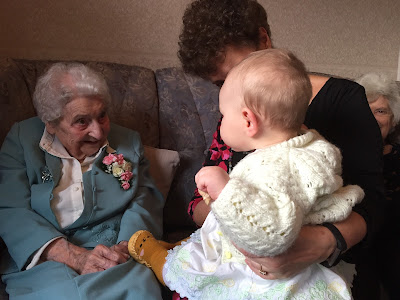