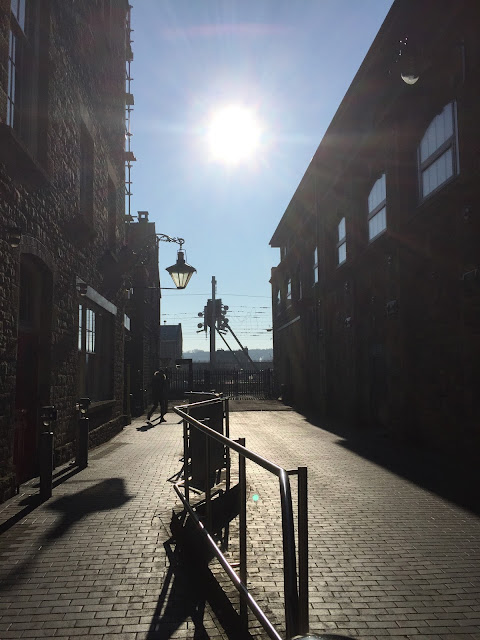 The morning after Auntie Doreen's birthday bash, I was determined to visit the GWR museum (now - clearly far more enticingly - called 'STEAM!'), so after Sebastian, Izzi and Rory had departed in the car, I took a slow stroll through a cold by fantastically sunny, quiet Sunday morning in a twon I'd not visited for probably twenty years (at which point I should probably note that cousin Janice doesn't quite live in Swindon, but in nearly Wootton Bassett). 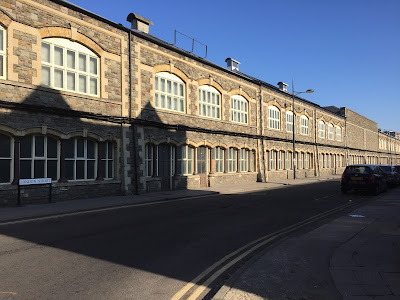 There were some beautiful bits, and some breathtaking ones. 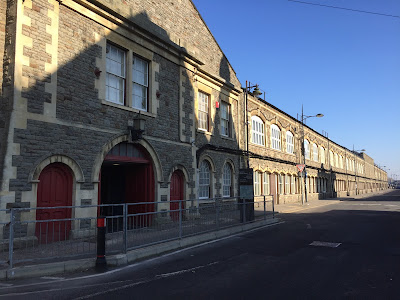 The sheer size of the Works, one building going on forever. Apologies for the stark shadows in the low morning sun.

Somewhere in the works, there is regeneration going on. There was a sign in the window, the usual optimism about craft spaces and cafes. There wasn't much sign of life, but it was a Sunday. 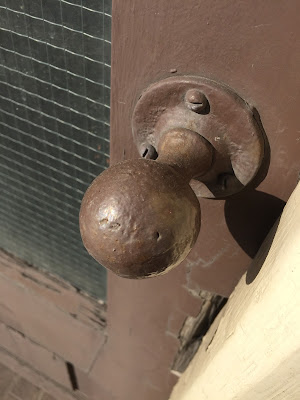 And the streets were deserted. 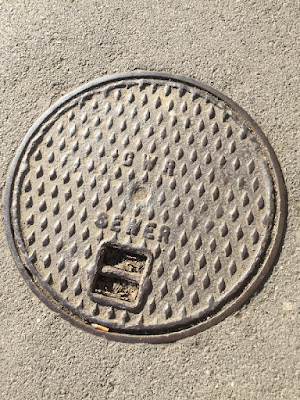 Still evidence aplenty that this was a company town.
Posted by Sarah at 06:00