I was particularly on the lookout for a new mug for work. I had a nice work mug. It has written on it 'That sounds like responsibility and I want no part of it', which I thought was quite amusing, but apparently isn't going to help me get promoted.

As I mentioned yesterday, the museum in Swindon had a very large quantity of commemorative 2818 mugs, which the gift shop man was very keen to press on me. Not so keen that it wasn't £5.99, but I bought one anyway, because they didn't have what I really wanted. 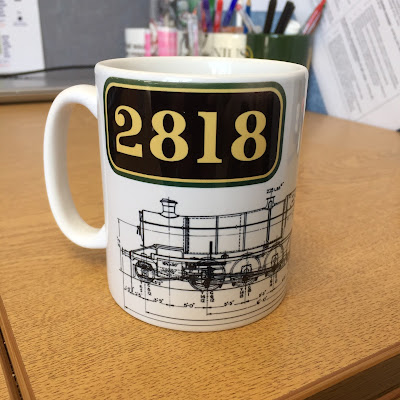 So I took my 2818 mug to work and used it for a week or so. It was OK; a bit thick for my liking, but I thought I'd get used to it. But - maybe something to do with the printing process - there was something funny about the glaze on the interior which meant that it stains really badly. I've had tea mugs get stained in London, but never before up here. 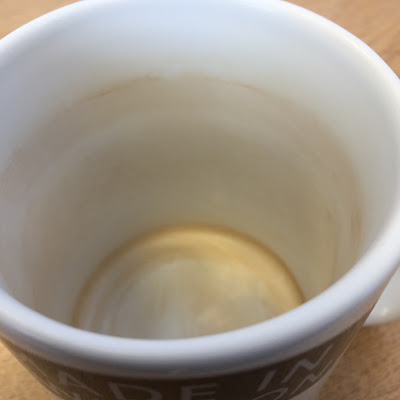 And while I've nothing against a bit of good honest tea patination, bear in mind this was never the mug I really wanted.

What I wanted was a replica GWR hotelware one. They had various bits and bobs of it in a glass case at the museum, including a £30 cakestand, but had sold out of £9.99 mugs. So I had a look on ebay, and found the exact same ones, at the exact same price, so I bought one of those to be my new work mug. 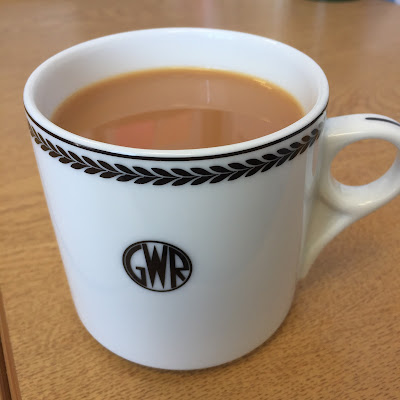 With which I am delighted - it has a high quality glaze that doesn't stain at all, and I can proclaim my company loyalty - although the only person likely to care is a colleague from Doncaster who sniffed 'It's not LNER.'