A boat with an identity crisis

Obviously, what I was most looking forward to on reaching Tinsley top lock (apart from the toilet) was seeing Naburn. Naburn is a cut-down large Northwich, formerly a BW maintenance boat, then leased to a community group, disposed of by BW in 2009, and apparently in community ownership again when I first saw it - completely by surprise - in October 2016. In 2016, Naburn looked like this: 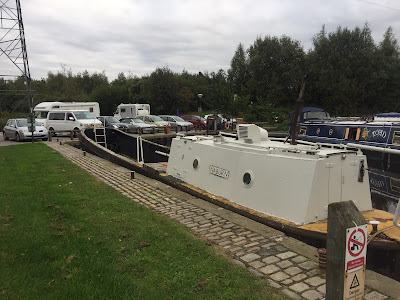 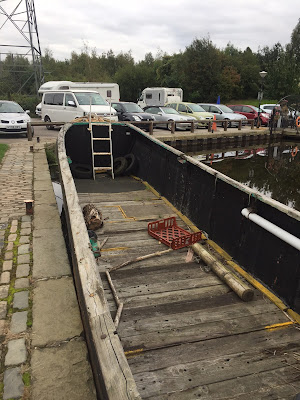 No cross planks or chains, but shuts and gunnels, and looking like a boat capable of doing some work. 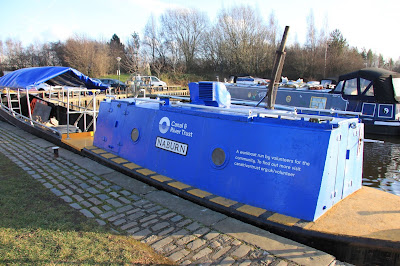 Or the new-style CRT transfers: 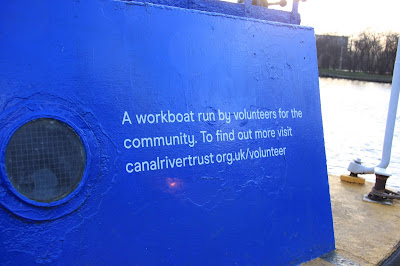 Nor was I terribly surprised that the pre-painting preparation didn't appear to have been all that thorough. 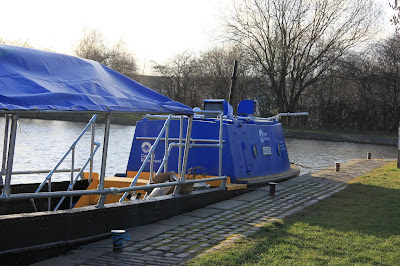 I was slightly more surprised that she had lost her gunnels, and gained a considerable amount of key clamp, including, of course, steps with handrails, 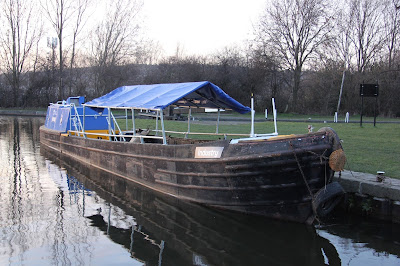 and a gazebo which I would be quite surprised to see go under Bacon Lane bridge. This may have been something to do with the fact that apparently - I have it third hand - this was the conveyance for the brass band which attended the 200th anniversary celebrations (in which case, presumably, it must have negotiated said bridge).

Which brings me to the biggest surprise: 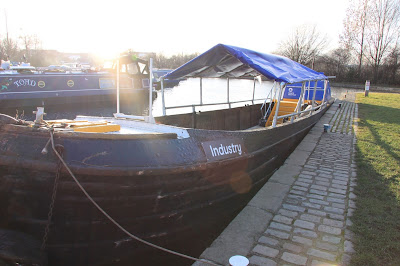 Whilst the cabin is still clearly called Naburn, the fore end appears to have been re-named Industry. 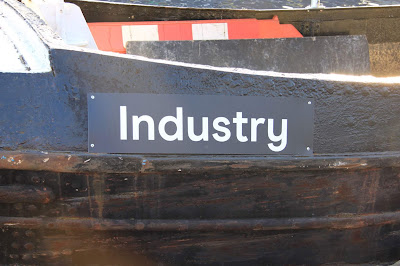 The reason for this presumably being that Industry was the name of the first boat ever to navigate the Sheffield Canal from the River Don into Sheffield, on February 22nd 1819. And what the hell, an old boat's an old boat, isn't it, even if it's a cut-down Grand Union and nothing like a Sheffield keel.

I am currently doing my best to find out who does actually own and run Naburn, and what they use her for (putting blue signs on the wrong bridges, would be one guess), because I really quite fancy getting my hand on the tiller (after all, I passed my Certificate in Community Boat Management on a large Northwich). So far I haven't had any success, but I shall keep you posted.
Posted by Sarah at 06:00