For that, sadly, is what the Great Western Railway Museum now feels it has to call itself, which is a bit misleading really, as they don't actually have any real live steam.

It's nine pounds something to get in, which makes it considerably less good value than the National Railway Museum in York, which has a lot more stuff and is free. But that's a national collection, and as such rightfully subsidised by the taxpayer, whereas Swindon's still very significant collection has to pay its way for the local authority. It's moved since I was last there, and now shares a site with an outlet shopping village, or shopping outlet village or whatever the right term is. I should not in fact be sniffy about this, as having arrived a little early for the museum, I killed a happy half hour buying four Monsoon blouses for fifty quid. Not since I worked in Portsmouth has such an opportunity presented itself. The only problem now is that I can't find any skirts I like to go with them - skirts seem to have seriously gone out of fashion - and am reduced to attempting to make one. That, however, is another story.

I do like a recreated room, and I wanted to move into this office. 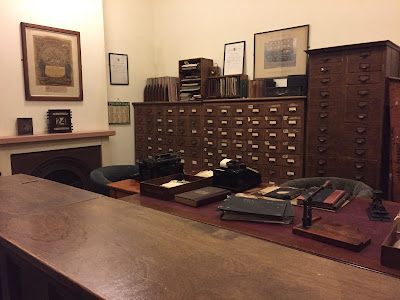 Then there was the stores... 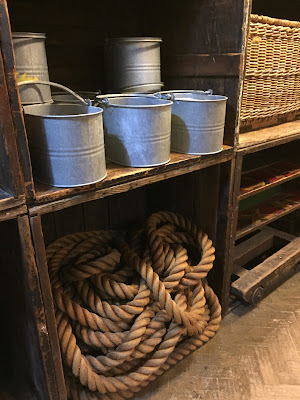 But no man in a brown coat. 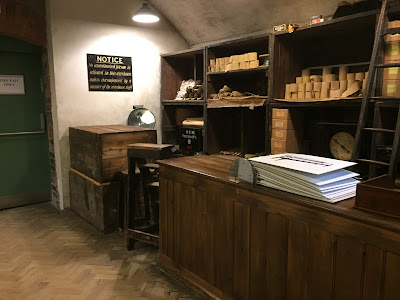 There were plenty of tableaux, big photos, and artfully arranged objets, but not much detail; not much hard history - it's very much a museum in the new mould now and I did feel I would have enjoyed it more if I had been a school party.
Posted by Sarah at 06:00