It's a long time since I last visited Swindon, and I look at things differently now. For a town that should be so proud of its railway heritage it has allowed some awful things to befall it.

Auntie Doreen has lived in Swindon all her life. Until she was the age I am now, the sight of the main GWR station would have been recognisable from this rather earlier photo: 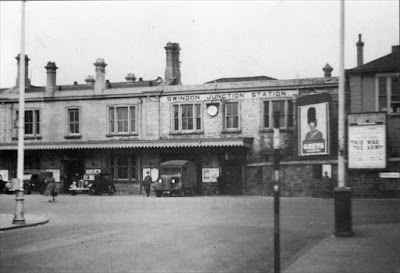 Not a flamboyant building, but dignified, and with gravitas.

So of course in 1972 they knocked it down and built this: 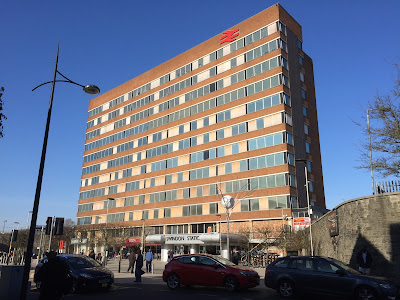 Which I'm sure looked nice and shiny for a while, but most assuredly doesn't now.

What I hadn't realised was that until 1961, Swindon had two stations: this one, Swindon Junction, on the Great Western line, and then also Swindon Town, which belonged to the Midland and South Western Junction Railway.
Posted by Sarah at 06:00