Sebastian bought me a couple of fabulous GWR-related Christmas presents, including these lamps, which I put up using the drill that he (and Jim) gave me for my birthday. 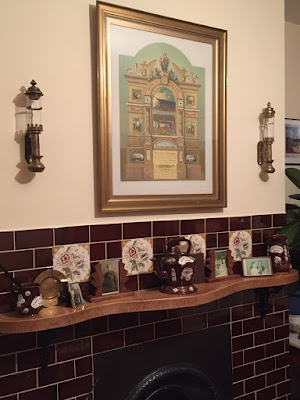 They were sold as candle holders, but they look too complicated to just be that. Here, however, is one looking pretty with a fake candle in it 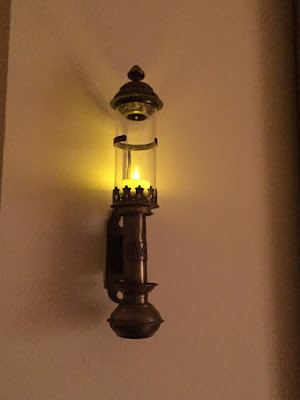 They'll look even better when I get round to cleaning them. 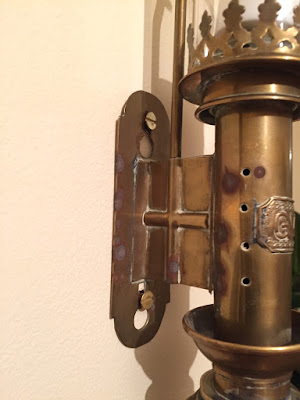 Why would they need ventilation holes in the side if they were just for candles? And that raised cross is hollow pipework, which opens out behind the bracket and through into the cylindrical bit. To me this suggests gas. Now that might sound absurd, but a bit of Googling shows that railway carriages were lit by gas, in America, and in Scotland (where at least one disaster ensued, as late as 1915).

I know at least two people I could ask, so - if they're not reading this, and no one else tells me in the meantime - I'll keep researching and report back. But in the meantime I just wanted to show them off.
Posted by Sarah at 06:00