Eating up my veg

Every Wednesday my box of vegetables arrives from Beanies, and I arrange the contents in the vintage vegetable rack that I have been carefully curating since acquiring it at a jumble sale some time in the early 1990s. 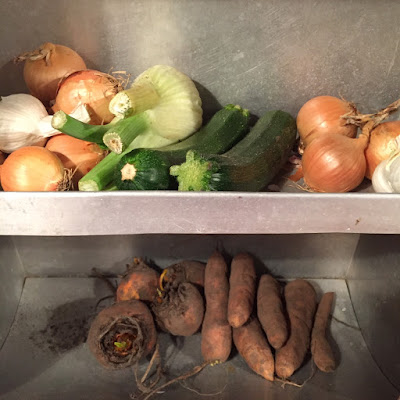 This time of year, it features a lot of roots. Not as many, however, as last year when I somewhat masochistically ordered the 'British produce only' box. That was like being a mediaeval peasant. That, of course, is possibly the future. I'm making the most of my European courgettes and fennel and peppers while I can.

I combine them with some items from my stockpile... 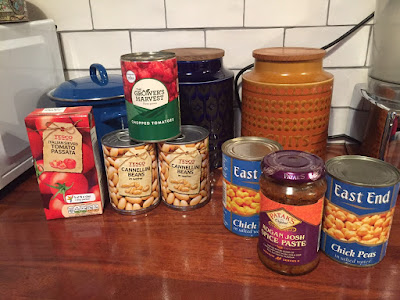 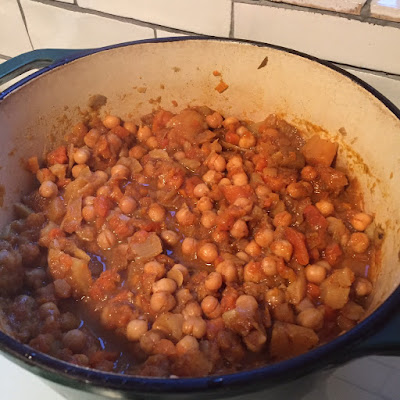 Curried roots with chickpeas, above, and something vaguely Mediterranean style (including olives and capers not in the photo) below... 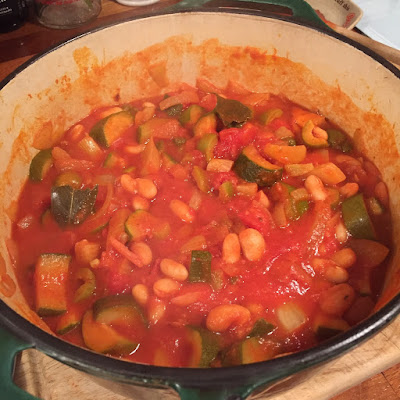 Which I then parcel up into individual meal-sized portions 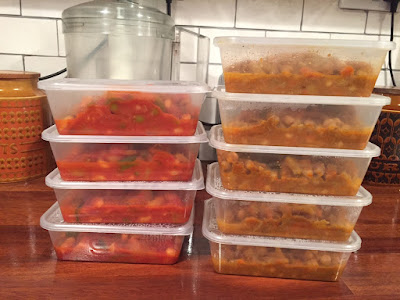 Some of these go in the fridge for the coming week, and some go into the freezer, swapped for ones frozen in previous weeks. I don't have one at every single meal, but it certainly is very handy to be able to pop one into my bag to microwave at work, and to know that I won't have to cook when I get home in the evening. The portion control in particular has helped me lose over a stone since last March, and keep it off since October.

My colleague who has a family of three has a box like mine once a fortnight; I have one every week, and I eat it all up myself.
Posted by Sarah at 06:00