Thanks to another recommendation from Paul, I have got hole of a copy of the Shire Album of Canal Barges and Narrow Boats by Peter L. Smith, published in 1975. This is very exciting, as it appears to contain three photos of Chertsey. 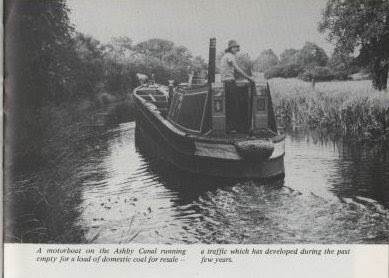 This is the first one I recognised - they're a bit like babies; they all look the same to outsiders, but after a while you recognise your own instinctively. This photo also appears in Smith's Pictorial History of Canal Craft (Batsford, 1979) which I got a couple of days later. Here he gets the build year right (see below), but says the boat's composite. Just goes to show you can't believe everything you read in a book. 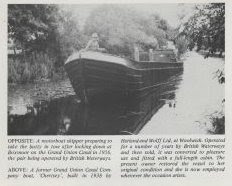 This would seem to confirm it - a lovely fore end shot, and identified as Chertsey, albeit with a bit shaved off its age. Both of these on the Ashby, where Chertsey is known to have hung out in the 70s. 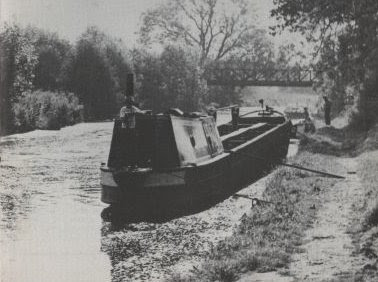 And finally this one - unidentified, and taken on the Trent and Mersey, but I think it's my baby again.
Posted by Sarah at 10:15