While Jim was scraping and painting the gunnels, I was attending to the spring clean of the cabin, of which the biggest job must be the stove. 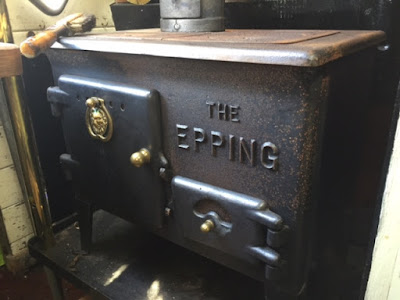 It was less than four months this year that the stove had sat unused, but it has still sprouted a bloom of rust - and needed a damn good clean anyway following being used in our autumn and winter boating. I've seen it worse, but the procedure's still the same.

First a good wire brushing to get the rust off the surface, then a soft brush to get rid of the rust and dust and ash. Then I cleaned out the firebox and the insides - I didn't brush the chimney this year as it has actually had very little use. Next, apply Liberon Iron Paste all over. Forget Hot Spot and even Zebo and Zebrite; Liberon Iron Paste is the stuff. I rub it in with a toothbrush, which on one level is not terribly efficient, but it is the best way of getting it out of the rather impractically tall thin tin without getting my hands absolutely covered in it. 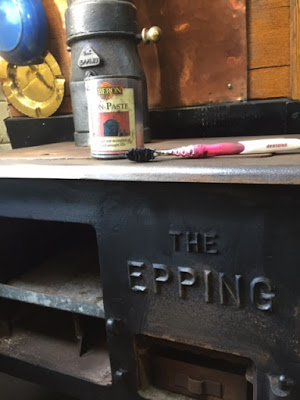 Work it in all over, then leave it for a while (albeit not the four hours they recommend) to dry, then buff it up with a rag - it's actually not much effort. 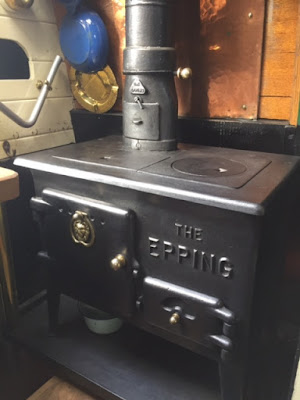 And the results are fabulous.
Posted by Sarah at 19:00