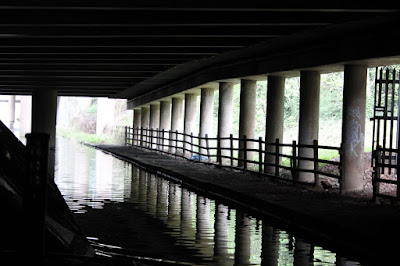 So we turned off the Birmingham and Fazeley onto the Tame Valley Canal at Salford Junction. From what we'd heard, the Tame Valley was very much a case of 'here be dragons', so with expectations suitably lowered, we were pleasantly surprised. We did start noticing serious amounts of rubbish though, both litter and more serious dumping. Not as bad as what was to come on the Walsall, but depressing nonetheless to be in an area where people still view their local canal as a rubbish tip rather than an amenity to be enjoyed. The fact that much of it is in cuttings, and shielded from sight, doesn't help - it's easy to understand how out of sight can be out of mind. One passing local was quick to blame 'immigrants' but I have the sense that it has been ever thus. No more than a few decades ago the canals round Birmingham (and indeed elsewhere) were viewed by almost everyone as a blight and an embarassment, fit for no better a fate than that of communal midden. The increasing tendency of local authorities to cut back on and charge for rubbish collection is only going to make things worse, as already evidenced by the recent rise in fly-tipping on a commercial scale in rural areas. On a more positive note, there are significantly fewer dead dogs in the cut these days.

Perry Barr locks was another place we had been warned about, but had no trouble either way from anyone. Indeed they were nice locks in mostly pleasant surroundings, marred only by the amount of rubbish - tyres being a speciality - fouling the gates. 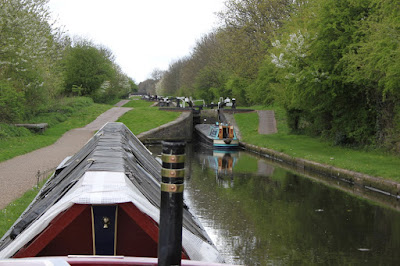 We were getting a little short of water by the time we caught up with Stanton at lock 10, and when they couldn't get over the cill of lock 7 we stopped for lunch for an hour while some more water was magicked up (or possibly let down). 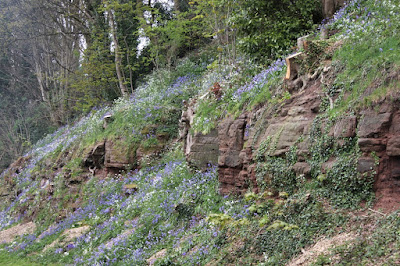 Although the water was still teeming with flotsam and (mostly I fear) jetsom, which I didn't photograph. 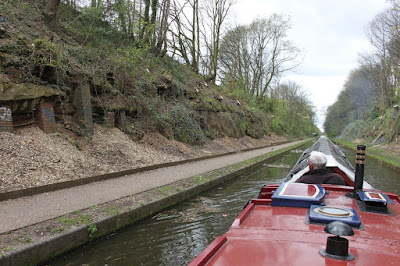 Numerous brick piers have been inserted - seemingly at different times - to support the cutting. 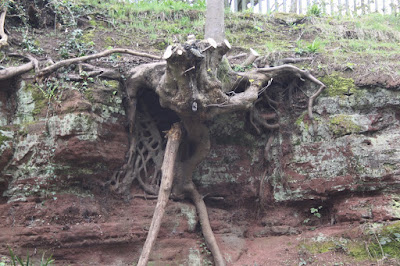 While the trees that had been doing their best to destabilise it have recently been cut back significantly.

There were some serious cycle path works going on, for miles. 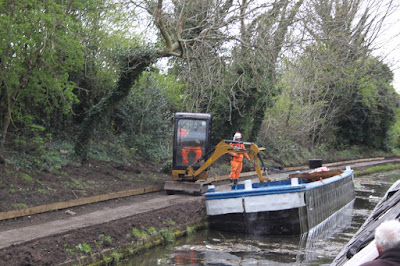 This appears to be being funded by Birmingham City Council.  I only hope that they become well used, and bring more people to the canal. 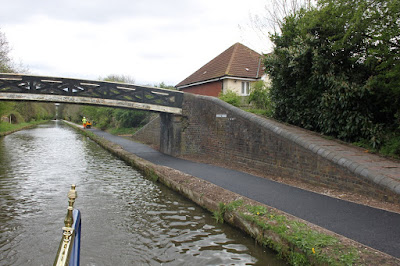 When we came back along this way on the Tuesday, from Walsall, the boats working on this were the only boats we saw all day.

On the way to Brownhills, we turned off at Rushall Junction 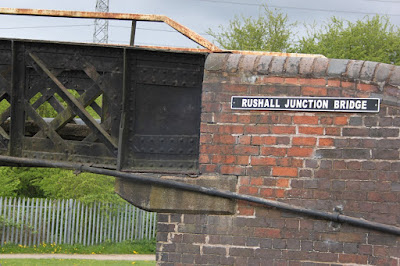 On the way back, we joined from the Walsall Canal at Tame Valley Junction.

No longer afear'd, we tied up by Piercy Aqueduct for the penultimate night of the trip. A lovely rural idyll... 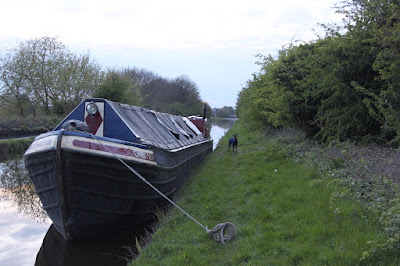 Or the periphery of England's second city... 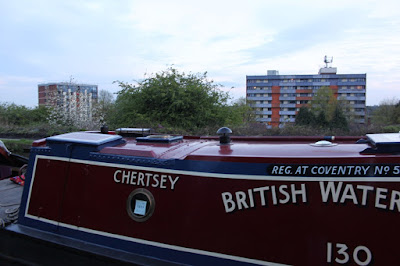 Depending on your perspective.

And finally, a scene from Perry Barr facing downhill. 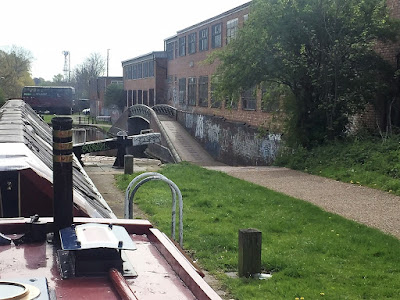 We had no problems with water on the return journey - there seemed to be plenty, although we weren't inundated like Flamingo.