Having passed Fazeley Junction more times that I care to remember, this time we finally turned off onto the Birmingham and Fazeley Canal. 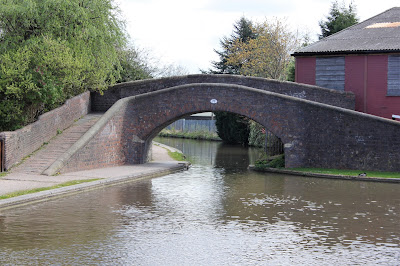 Jim had just taken over the steering at this point, for the first time of the trip, and I do have photographic evidence (although no recollection) of me doing at least some of the locks coming up Curdworth. Here is the rather cutesey Drayton Footbridge - which my mother would have been unable to use, such was her phobia of spiral staircases. 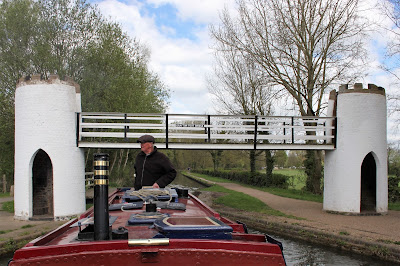 And here am I, in the distance (best way) at Curdworth: 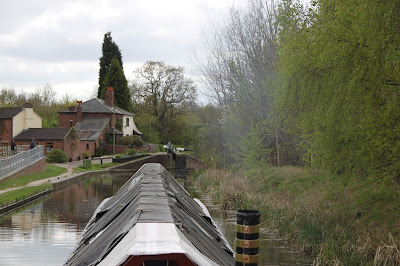 The Curdworth locks all had nice little floral features, which I only noticed on the way back down 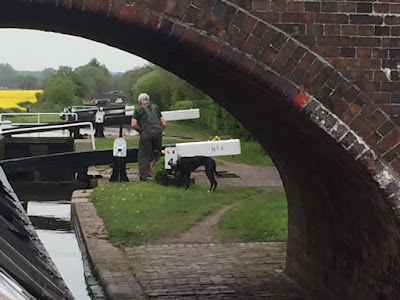 Here is Ricky pointing them out 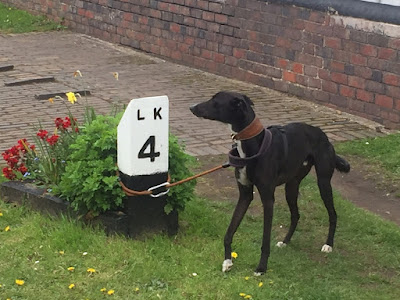 One good thing about Curdworth was that they were clearly numbered. 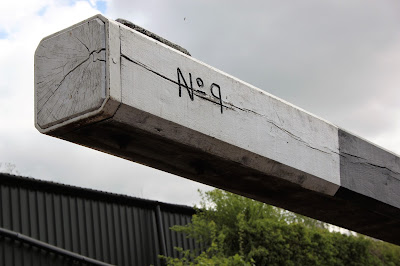 We got slightly stuck in Lock 9 on the way up - I think it was just something behind the gate. Had to give it a little flush to get back out and have a scrape around - it was fine on the second attempt, albeit with a bit more power.  Other boaters we spoke to on the way up were all quite nervous of what we might encounter above Curdworth, and the general consensus was that no one should stop anywhere between the top of Curdworth and Longwood. Well, the Tame Valley, Rushall, and Walsall Canals are stories for another day, and I heard some second hand stories about late arrivals in Walsall encountering 'youth' in some form, and Captain Ahab met some lately at Ryders Green (where we didn't venture) but our experience was very positive and trouble free. We saw motorbikes haring up and down the towpath in a couple of places (well, wouldn't you?) and met a few young people and even fewer drunk people, all of whom were friendly and willing to be helpful. I suspect there is something in the theory that they're all inside playing on their 'netboxes', as someone put it. Also I suspect it's very much a matter of luck. Despite high levels of poverty, deprivation and unemployment, there clearly still aren't enough feral youths available to be everywhere, so whether one encounters them - even in habitats where they have previously been spotted - is largely a matter of luck, and finding them is much rarer than not finding them.

Moored in the Dog and Doublet pound was this rather lovely converted BCN boat (a Bantock perhaps?) 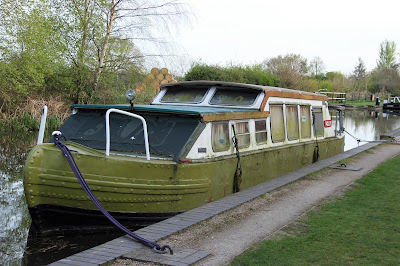 Clearly a longstanding conversion and a boat with real character.

Curdworth Tunnel comes complete with all the warnings about wearing lifejackets, turning off the gas etc, despite the fact that I've been under bridges that were longer. It also says maximum beam 6'11", which I can confirm is on the conservative side. This is where we stopped at lunchtime on Tuesday April 11th. 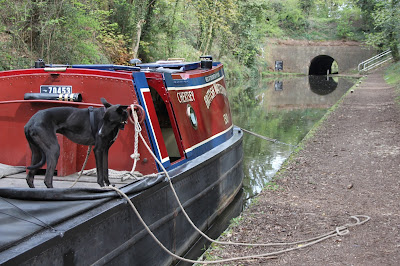 And here I think I will leave the Birmingham and Fazeley for now, because I want to post a lot more photos and I need to find a way of resizing them first.
Posted by Sarah at 19:00