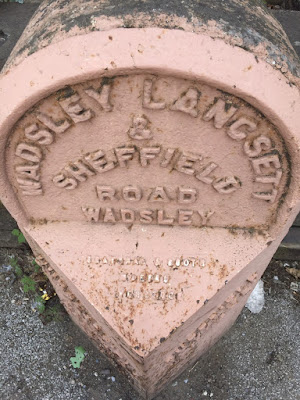 This particularly nice milepost, in fact, on the Langsett/Middlewood/Wadsley Road through Hillsborough. 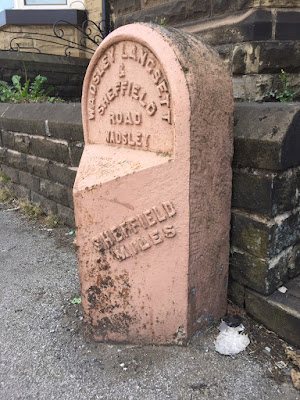 When I go for a run (which admittedly hasn't happened for a while), this is exactly one and a half miles from my starting point, so there and back is a nice round three miles. 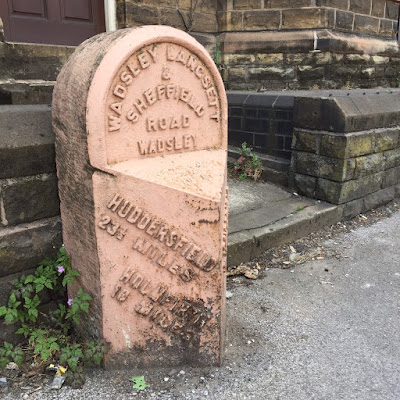 I did actually once run the whole three miles. I was amazed. The advantage of running along this road is that it's relatively (and in Sheffield it's all relative) flat.

That's 23 1/2 miles to Huddersfield, by the way; 18 to Holmfirth. Because of course those are the two places you most want to know the distance to. We passed through both of them on the way to Hebden Bridge last weekend. On the other side it says three miles to Sheffield.

I wasn't running today, but I took a stroll into Hillsborough where there is a plenitude of charity shops, and went that little bit further in order to photograph the milepost. I hope you agree it was worth it.
Posted by Sarah at 06:00