What was, and is yet to be

So, to continue our journey along the present, past, and future course of the Chesterfield canal, testing out Waterway Routes on Memory Map as we go. Memory Map is an app, which Paul uses as a platform for his waterways maps, but can also do all sorts of other things (and comes complete with some other maps that also look like they'll be fun to play with). It costs £15 after a free thirty day trial, but that's a one-off payment. Paul has given me, free, a whole country's worth of Waterway Routes maps (there's probably something in the bloggers' code of practice, if such a thing existed, that says I should declare that), and I am very impressed - not only with how they work and the things they can do, but - even more so - with Paul's dedication in compiling and keeping them up to date, not to mention his extremely patient (non)customer support.

For those unfamiliar with the Chesterfield canal, it is one of - if not the - most successful of current ongoing restoration projects. From the Trent at West Stockwith it is navigable as far as Kiveton Park, where it encounters the long-collapsed (since 1907) Norwood Tunnel. 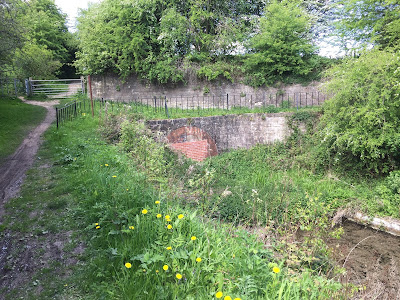 The new brickwork in the bricking up of it is the result of the Chesterfield Canal Trust making an exploratory survey into this section last year. We got this far with Warrior in 2009, but might not be able to repeat the feat on Chertsey. Although the extremely narrow Stret lock has now been remedied, when we tried in 2011 Chertsey was unable to get through the earlier Morse lock.

Starting at the other end, in Chesterfield, restoration is creeping onwards and there are now just nine miles to go to join the two sections. These are, of course, the nine most difficult miles. Nonetheless, the Trust - which is certainly one of the liveliest canal organisations I have encountered - have recently committed to completing them in time for the 250th anniversary of the canal's opening - a mere eight years hence.

Because of the foresight of the Trust and its predecessors, and thanks to long term support from the local authority, most of the land required for the restoration has been secured. There are, however, some insuperable obstacles, not least the collapsed - and in parts, unstable - tunnel - meaning that part of the joining section will follow a new route. This is where the map was invaluable, both in tracing the proposed new line, and identifying places on it subsequently. 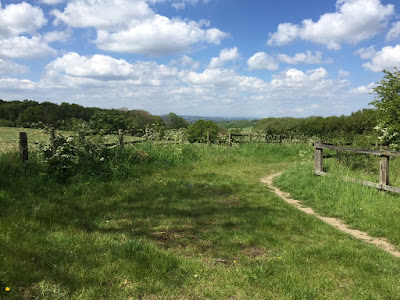 Roughly here, for example, will be the top of two triple staircase locks bringing the canal back to its original line after it has passed under the M1.

I know this because I took the photo on my phone and it therefore has an accurate timestamp of 1157. When I got back, with Paul's help. I downloaded the 'track' of our walk from the tablet into Memory Map on my computer. It's the yellow line. Hovering the cursor over any point on that line tells me the time I was at that location. So by hovering until I found 1157, I could see just where I was when I took the photo.
It also tells me how far I'd walked to that point, the speed I was walking, and how high I was above sea level. Hover slightly differently and it gives the OS grid reference.