Not in my backyard?

After negotiating the collapsed Norwood tunnel, the restored canal can theoretically pick up its former course, through four sets of staircase locks (three threes and a four) at Norwood.  Following on from the closed portal of the tunnel, the canal is quickly in water - but looking at this point more like an ornamental lake. 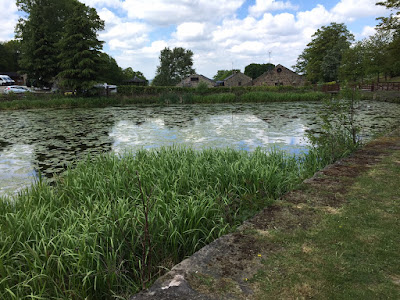 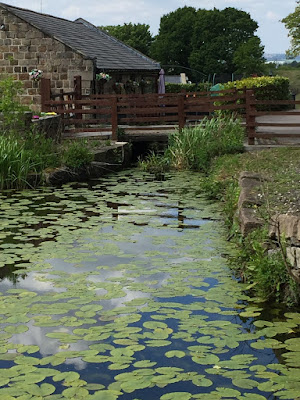 with their gardens backing right up to - and in some cases incorporating - the old locks. 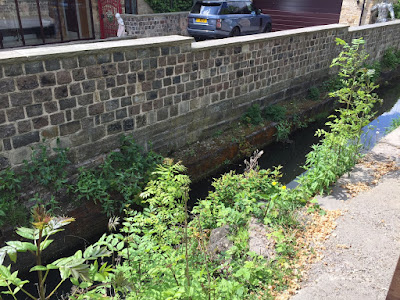 Maybe it will turn out to be easier to build some new locks a few yards to the right... 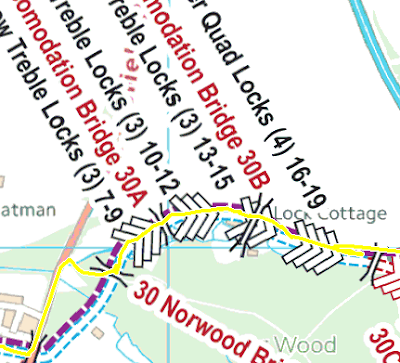 Although I guess the name of the house is a bit of a clue.

Progressing on our way, the canal continued to be in water on and off... 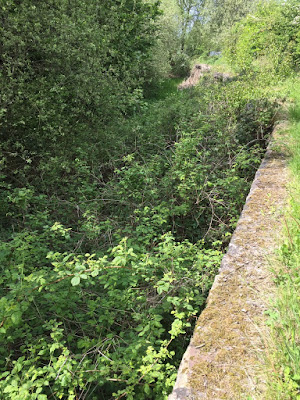 Here at Bridge 30 it presented a typical canal scene: 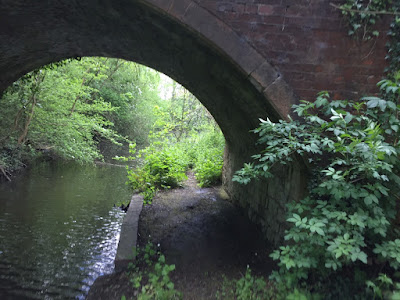 But the towpath was very overgrown with brambles and nettles, necessitating a brief detour (especially as I was wearing shorts) - captured for posterity on the map: 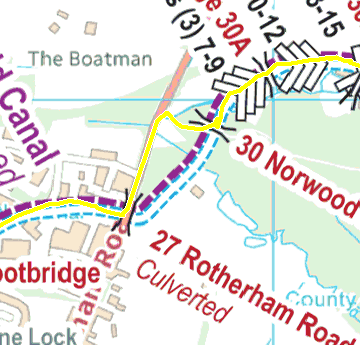 We finally stopped for lunch near Killamarsh, and ate our picnics overlooking a large lake, which it is planned to incorporate as another brief detour from the canal's original line. Unfortunately I was sat there so long I forgot to take a photo. 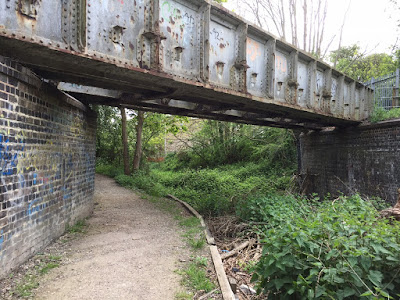 this disused railway bridge, which Paul was somewhat mystified by my enthusiasm for (but look! Rivets!), and made our way through a housing estate to the unimprovably named Halfway tram terminus, whence we whizzed back to Sheffield at speeds of up to 67.4 km/h (yep, I left the tracking running). Considering it's £2.50 from the station to my stop, this lengthy (18.4 km - I will reset my copy of the map to miles!) run at the same price seemed excellent value for money.

Thanks to Paul for another great walk, and of course, for Fun With Maps.
Posted by Sarah at 06:00