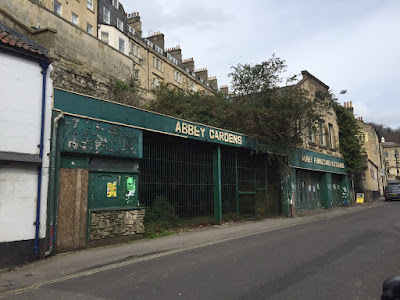 Perhaps slightly unkind, but too good to pass up - and anyway, those who know me will know that I was very pleased to find this slightly less salubrious part of central Bath when I went for a Sunday morning stroll (and I've actually forgotten what the area was called). But here I found some charity shops, and generally felt rather more comfortable. 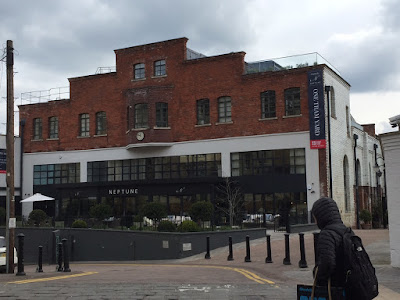 I did a double-take when I saw this, then realised the shock was because it was built of red brick. 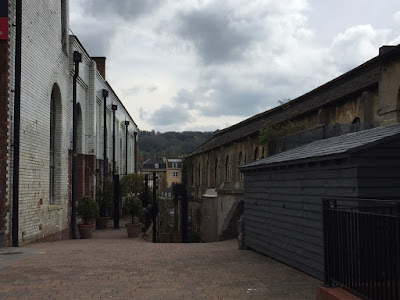 And here were some fabulous glazed bricks, another weakness of mine. 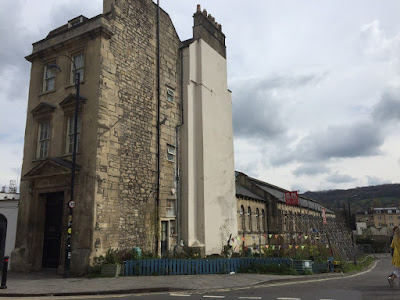 And waht you can't really see in the photo, a sturdy scaffold shore holding up the building at the back (although not nearly as impressive as the one I saw holding up a facade on the way to Bristol).
Posted by Sarah at 06:00