My kind of historic Bath 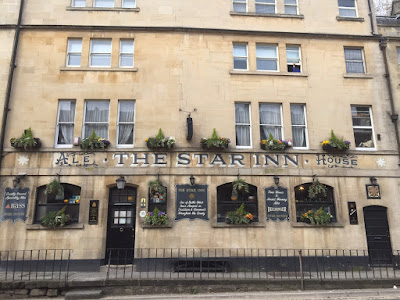 On every Big Day out I like to take in some heritage, some waterways, some railways, and something of local interest... and there's one more thing to add - something that was almost uniquely, and deliberately, missing from Saltaire, my first destination - a pub. And not just any pub, but if I can find one, a pub that's on CAMRA's National Inventory of historic interiors. And boy did I strike lucky in Bath - before I'd even formulated the intention. 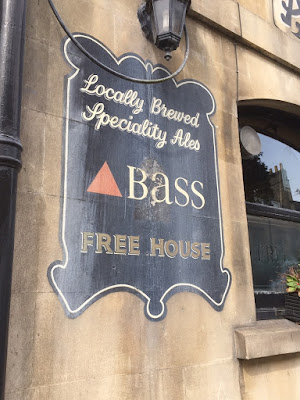 My guide, Sol, knew from the blog that I like beer, so although she's not a beer drinker herself, she promised me that her local - less than a minute from her house - was a 'proper old man's real ale pub'. But even that didn't prepare me for what I found when I walked inside. 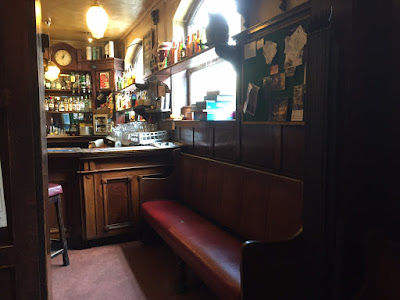 I sensed straight away that this was something special 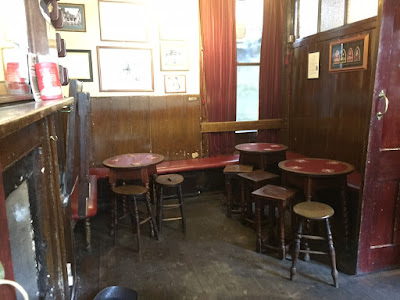 A perfectly preserved 1928 layout (in a pub first licenced in the 1760s) with all its separate rooms intact. 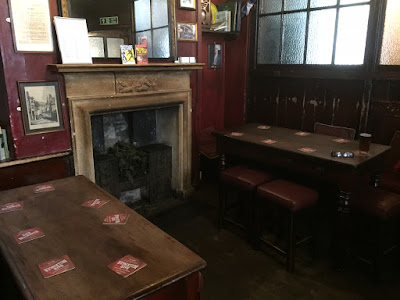 On Saturday night we sat in the lounge: 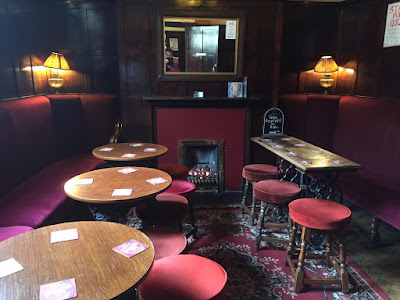 And Sunday lunchtime met in the Glass Room... 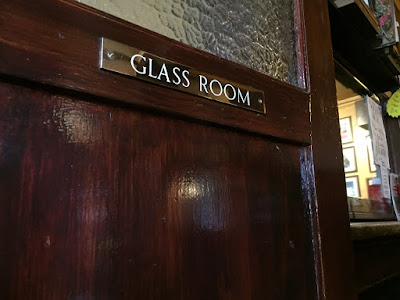 ... where I noticed the 'remarkable, fold-up slate shove ha'penny board.' 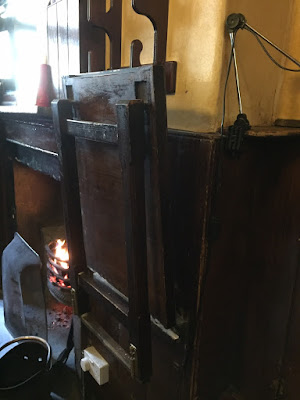 I tried a local Abbey Ales beer, which was behind the bar on stillage, on Saturday, but on Sunday had a fabulous half (well, it was lunchtime, and we had another historic pub to visit) of Bass, and a packet of crisps.

I got chatting to the barman 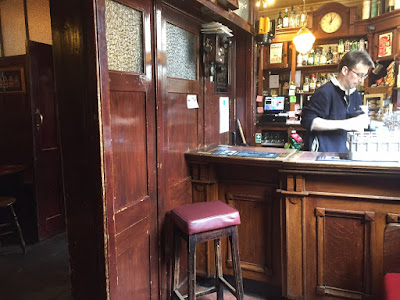 ooohing and aahing about the interior, and said that presumably it was in the National Inventory. Yes, he said. It's on the cover 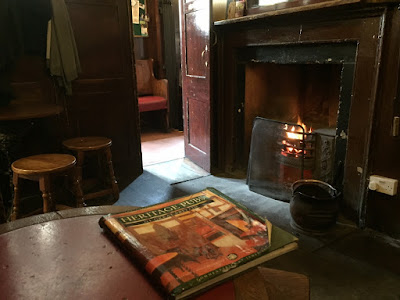 And so it was, of their rather earlier edition than mine, which I tried to photograph in the same location as the cover photo had been taken - because obviously, it hadn't changed much.
Posted by Sarah at 06:00