Not one historic pub...

... but two. Making up for the complete lack of drinking dens in Saltaire, I managed to take in two in Bath. It was in fact the barman at the Star that pointed us in the direction of the Old Green Tree, the other pub in the centre of Bath to be on the National Inventory. The interior here dates from 1926, and is notable for a ubiquity of oak panelling. 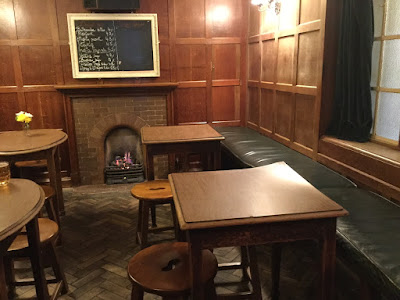 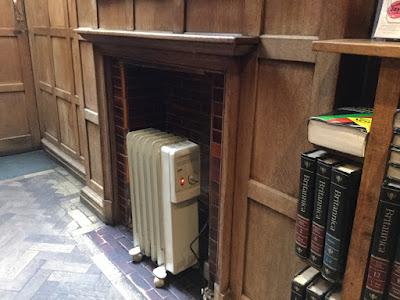 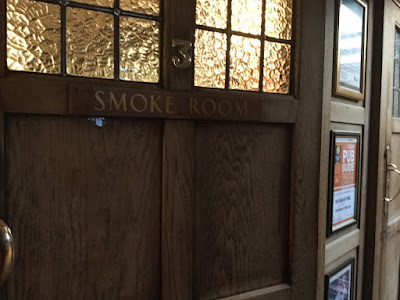 ... each room had to be numbered for licencing purposes. 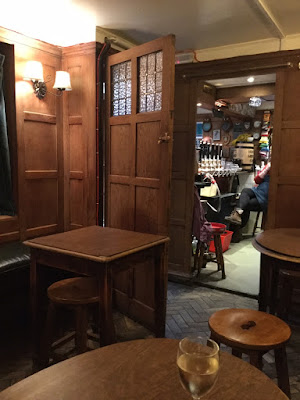 And a layout, with two rooms with a 'drinking lobby in front of the servery' in the middle which is apparently 'common in many a northern pub but most unusual in the south' - something I hadn't realised, but which was familiar to me from places like the Bath (that's the Bath, not Bath).
Posted by Sarah at 06:00