In the last picture of the last post, adjacent to Bacon Lane Bridge, is the rear of the Baltic Works, a massive quadrangle built around 1850. 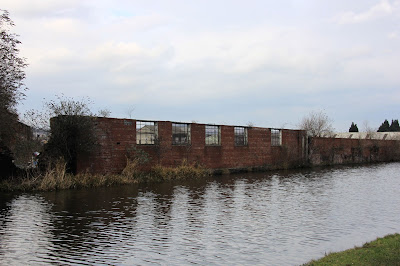 If I've followed the book correctly, the next site along is the remains of the Fitzalan Works, founded in 1839. 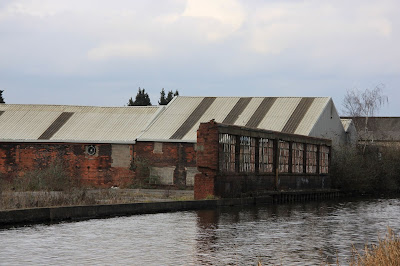 Possibly weirdly, this free-floating fragment of facade is one of my favourite sights on this canal. 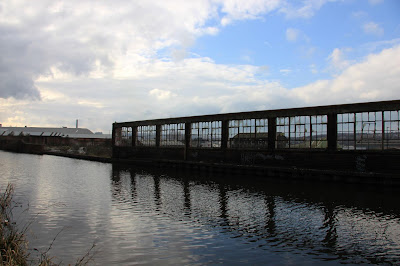 Especially with the light behind it.

Then we passed a former brickyard and wharf, before passing between the two halves of the Spartan Works. 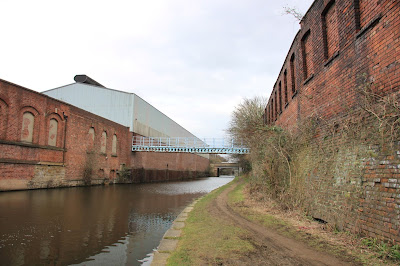 Every window bricked up, suggesting a building repurposed, rather than simply abandoned. At the time the book was published, the Spartan Works were 'newly cleaned', and the front face of the building on Attercliffe Road had 'recently been refurbished.' (p. 37) 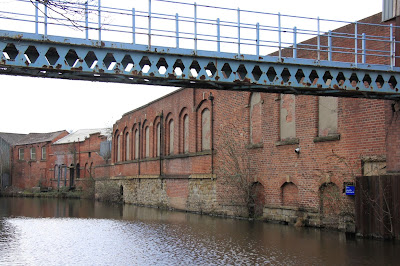 That blue sign bottom right identifies this as 'Attercliffe Footbridge 6A', which I'm slightly sceptical about. To me it looks like a works bridge, linking the two parts of the site, building to building, and I'd have expected it to be called something like 'Spartan Bridge' or 'Spartan Works Bridge'. 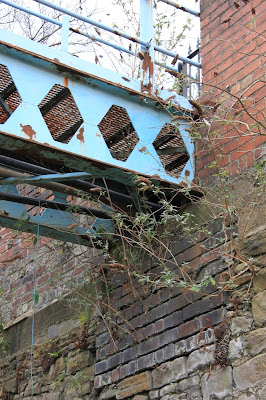 I don't know about you (well, I do, probably), but this is just the sort of scenery I look for in a canal.