If only they'd known about silent discos in 1819 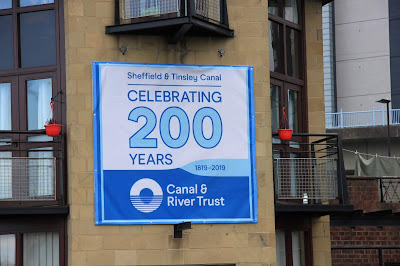 Two hundred years ago this Friday, Sheffield apparently saw the biggest party ever witnessed in the city, before or since. According to Simon Ogden's book on the subject, 60,000 people lined the streets and cavorted in the pubs to celebrate the opening of the Sheffield and Tinsley Canal on February 22nd 1819. This is an extraordinary figure, given that the City Council's website gives the population of the entire city as only just over 60,000 in 1801, and 161,500 in 1851. Even if it were nearer the latter figure by 1819, that would still represent a good half of the entire population. 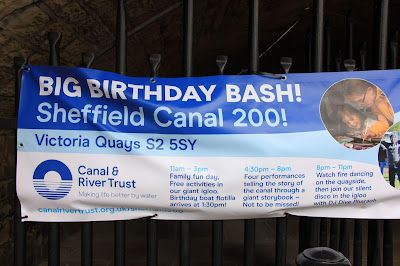 They had boat trips, processions, brass bands and a cannon; 200 years later we get a giant igloo and a silent disco. 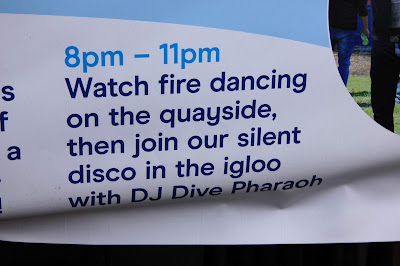 I shall be celebrating in my own way, with a week - at least - of posts on my local waterway; a waterway so unloved that it even has to share its friends with the (far more glamorous) Five Weirs Walk along the River Don.

Dragging along my neighbour Margi, I walked the canal on Sunday, from Basin to river - all four miles of it - and back again, accompanied by the aforementioned The Sheffield and Tinsley Canal - Sheffield East End History Trail guidebook No. 1, published in 1997 - which made for interesting historical context in its own right. I took the big camera, and lots of photos, so stand by for a virtual trip along just the sort of canal I like.
Posted by Sarah at 06:00