The eye of the needle

So, we set off along the towpath, guided by the 1997 East End History Trail guide to the Sheffield and Tinsley Canal. Margi carried the book, while I wielded the camera. It wasn't always easy to match the buildings to the numbers in the book, and even less so to remember which was which, but it was also very noticeable that most of the landscape has changed very little in the last 22 years. 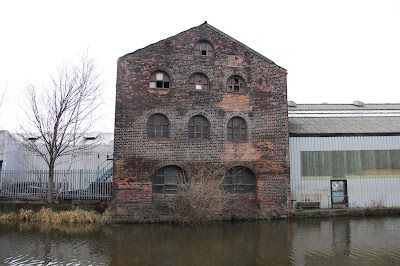 This former bone mill was, in 1997, 'part of Bedford Rolling Mills' - presumably no more, but save a few more broken windows, looking identical to the photograph in the book. 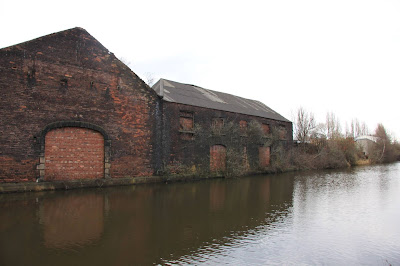 No photo of this in the book, but fairly obviously the former Firth's Iron Wharf, described thus: 'In its heyday before the First World War it would have been stacked to the roof with Swedish Dannemora iron bars, unloaded from keels through the archways, and later transported by horse and cart to Savile Street to feed the hungry furnaces of the Atlas Works.' (p. 32) 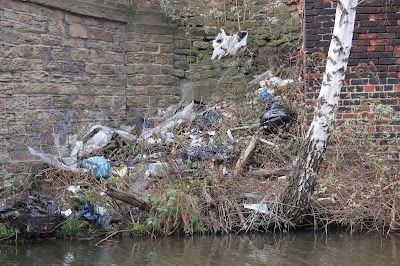 Not quite on the scale seen on the further reaches of the BCN, but still an indication that an unloved waterway is being put to the traditional use... 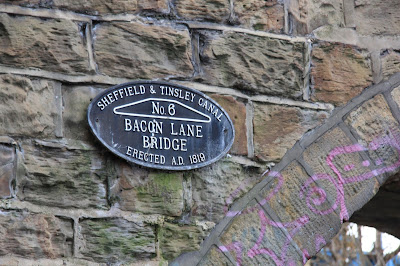 Here is an example of the older bridge signs, presumably - I have yet to find anyone to tell me - dating from the restoration in the late 1980s. Nowhere on this waterway do we see anything like 'traditional' bridge numbers, and I have never spotted anything older than these signs, though I'd love to know if any older ones do survive. 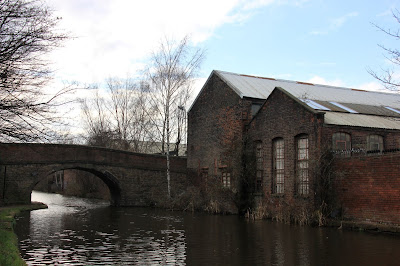 Bacon Lane Bridge, which is one of the canal's original bridges, was notoriously hard to negotiate and was apparently known as 'the eye of the needle'. Do you fancy steering a 15'3" beam boat through there? When the water level was high, boats sometimes had to be worked through with crowbars. Until 1987 the water here was as orange as at Harecastle - not because of local pollution, but because it was supplied with water pumped from local mines. After 1987 the canal was supplied by pumping from the River Don, which flows adjacent to the canal for much of its length. (p. 33) 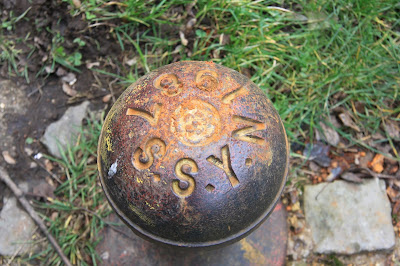 Also from 1987, a crop of rather nice - but extremely underused - bollards, identifying the canal as merely the tiny terminal portion of the Sheffield and South Yorkshire Navigation which leaves the Trent at Keadby.

When we came up this way on Warrior, in August 2009, we got as far as Sprotborough, before reluctantly conceding that - thanks to recalcitrant Tinsley lockies - we'd run out of time. Note the comment from Dr Duct (who emailed me only last week!): 'Shame about missing Sheffield; you'd have loved the industrial landscape, and actually the "regeneration" architecture is a bit thought-provoking. Good pubs, too.' I got there in the end, Dr. D., and you're right on every count.
Posted by Sarah at 06:00