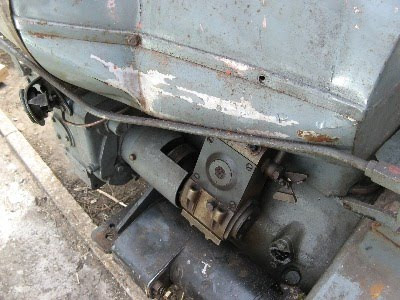 I think I can report, for the possible benefit of others, that the experiment in palletised transport was not a resounding success.

For a start, as we know, they couldn't pick the engine up in the first place as the lorry was too big to get onto the site. OK, that wasn't their fault, but it is a consideration - and to their credit they came back for another go. To their discredit, however, they did this totally unannounced, neither notifying anyone at the yard that they were calling to collect, nor telling us to expect delivery.

This is the worst bit though. We made a point of telling them not to rely on their satnav to find our house. We learned from the people who came to collect Helyn that satnav directs you via a very narrow pinch point at the summit of a steep hill. Even I, when driving an ordinary car, find it easier to take a different route. So we rang them up and told them this; told them there was an alternative route and if need be to ring us for directions when they got near. We were assured that they wouldn't rely on satnav, oh no, they were far too clever than that.

So what did they do? Of course, they went up Church Hill, got to the top, found they couldn't go any further and had to back down the hill onto the ring road. As a result of this (possibly because they went up the kerb?) the engine fell over. It didn't fall off the pallet, to which we had secured it. The whole pallet, which they had supposedly secured, fell from some height. Result: quite badly dented tinware, a broken oil pipe and probably worst, a broken casting on the oil filler, badly damaged oil pressure gauge, and possibly a bent throttle rod. Thank Christ (well, Keith) that all the oil had been pumped out of the sump - on the other hand, perhaps they deserved it. 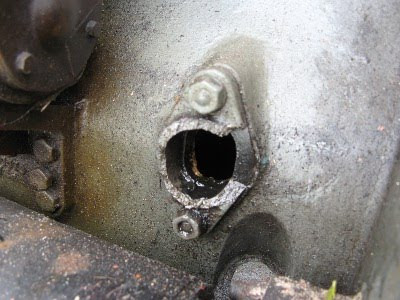