Posting that photo of Chertsey being unloaded at Croxley Mill in 1970 leads me back to the recent trip, and an earlier post, and some wonderful photos sent to me five years ago which I don't think I ever posted... If only I had had a good look at them beforehand, I could have tried to recreate the angles. Anyway, here are three more photos that dg sent me back in 2011, taken I believe, by his dad. They show a pair of Willow Wren boats, Grebe and Wagtail (which the internet - I can't currently lay my hands upon Bread Upon the Waters - leads me to believe were FMC Antelope and Freda) approaching, in, and leaving what is captioned as 'Croxley' lock - formally called, at least now it seems, Common Moor. 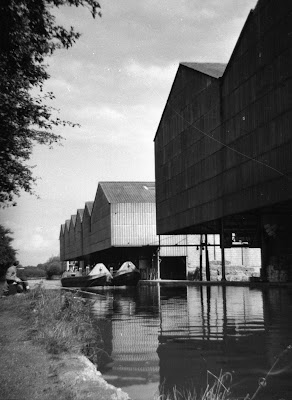 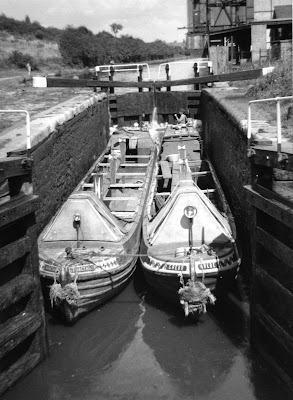 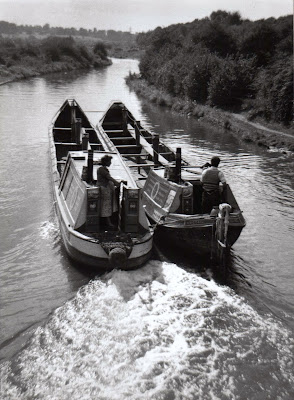 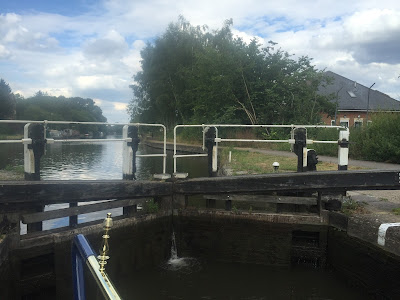 This is the nearest to a direct comparison, with the middle one of dg's pictures. 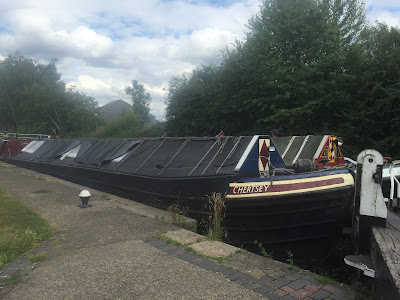 Surprisingly, very little seems to have changed - other than a bloody great paper mill having disappeared.
Posted by Sarah at 11:18