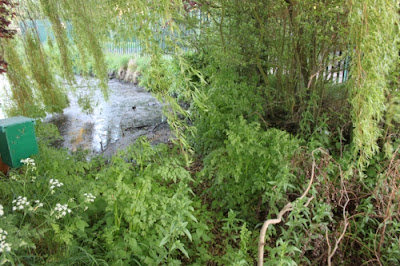 As well as the comments on my recent posts about the wild plants growing on the mooring, I have had a couple of emails, both of which identify my photo number 14 as neither watercress nor wild celery (so close yet so very far) but as Hemlock Water Dropwort*, which just happens to be the most poisonous native British plant.

So don't eat it; don't pick it; don't even touch it if you should see it.

I don't think I've seen any along the towpath, but it is growing in profusion around the winding hole. I will keep an eye on it and post photos as it progresses throughout the year.