I awoke this morning to the sound of mooing. When I emerged from Chertsey, I saw a gang of a dozen bovines making their way down the towpath. 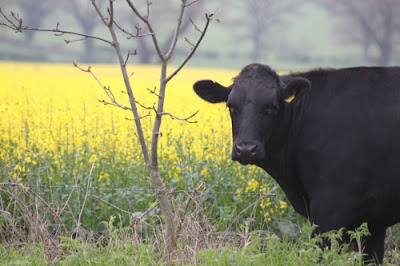 Whom does one phone in the circumstances? Had I had the number for the local BW office, I would have rung them, but alas I fear it no longer exists. Jim suggested calling the police, but from experience, the chance of getting hold of anyone with local knowledge would have been zero, and it would just have caused frustration and hassle. 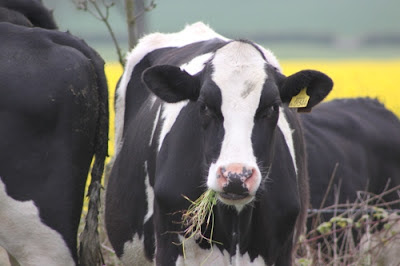 So I did what every good Brit does, and left it for someone else to deal with, whilst taking amusing photos. 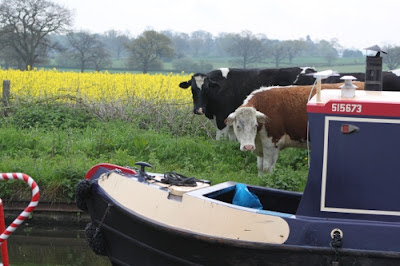 I'm sure sooner or later someone will have noticed that they were missing their bullocks.
Posted by Sarah at 21:10