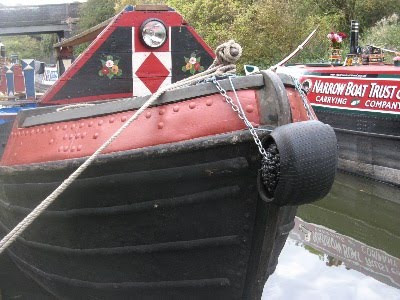 Well, not really, but you must know by now that I can't resist a terrible pun... Anyway, fender news later.

Back to last night in the beer tent... What with the dogshit and the fair and the multitudinous yoof, I didn't start out with high hopes of this festival. But the beer tent was excellent. There were over a dozen beers, from memory, and some ciders, all served without froth on the top much to the consternation of the locals. There was great music from a couple of blokes, one with guitar and voice, the other with woolly hat, extravagant moustache and electric violin. Their country-y/folky/familiar standards set a super atmosphere and we were in there from about seven until after midnight. I would say however that the number of beers on offer significantly outnumbered the number of available toilets, which seemed a bit of an oversight. Oh god, that dogshit...?

There was the obligatory raffle, and I'm afraid I won a prize. As always, my luck is just sufficient that my number is drawn after the bottles of scotch, the bottles of wine, and the bumper sized boxes of chocolates have already been picked off, leaving behind the unwanted gifts and the items that are worn about the corners from having been passed from raffle to raffle. My trophy was one of those collectible (why?) Wedgewood plates, this one featuring a whimsical scene of horse drawn boats (carthorse drawn, to my untrained eye), attended by bonnetted and neckerchiefed people while a red steam locomotive (the future!) thunders across the viaduct behind them. Even if I liked hanging-up plates, which I don't, it is twee beyond belief. But given the alternatives (two men's handkerchief sets, one spotted, one with those brown borders which had obviously been doing the rounds since the seventies); a satin (satin! And as near to black as makes no difference) duvet set, or another plate, this one featuring illustrations of knots. In German) you will see why I came away with this particular souvenir of the evening.

For some unfathomable reason (I hadn't eaten off my new plate: 'Decorative art object. Not for food use. Unusual colour pigments may contaminate food') I was feeling rather delicate this morning, not to say bilious, and have been carrying myself around carefully and feeding myself small morsels all day trying to build up my strength for tonight's onslaught on the beer tent. I fear the music will be louder tonight.

There are a number of small stalls here, and I have got myself a rather good mirror to put on the table flap, round, and thick glass with a bevelled edge. I asked the woman how much, she said a fiver. I hesitated, and she said, 'It's old!'. My quizzical look acknowledged the undeniable truth of this, as it was mounted with rusty clips on a piece of plywood embellished with chipped plaster flowers. No, she said, I mean really old, antiquey old, it's at least fifty years old... I asked her if she'd take three and settled on four.

The other major purchase of the day was a front fender, finally. Not quite traditional as it's black polyprop, but it is wrapped in a section of tyre to stop it snagging and getting worn out, so that hardly notices. Until we can get some staples to attach it to the cants, it's tied with blue string to the hinges of the deck lid, but it doesn't look bad and hopefully should stay in place and absorb a proportion of the impact of the inevitable blows on lock gates.
Posted by Sarah at 18:50