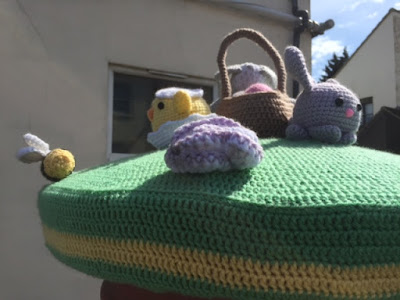 In the latter part of my Easter time off, I managed to get back to Newhaven for a proper seaside holiday, with lovely walks with the dogs in the sunshine; roads, railways and bridges (but no sandcastles or paddling, sorry). A big shift is taking place towards the industrial East Side of the town (that's east of the river; Newhaven being on the estuary of the Sussex Ouse) with lots of new housing going up, particularly on the site of the former Parker Pen factorywhich was still very much a going concern and a significant employer when I first lived in the town. It was gradually run down from the 2000s, and finally closed in 2011. Sebastian went to nursery school next door, in what was then called Grays Nursery, and is now a 'Forest School', but was originally Railway Road Nursery School.

Most of the walks from the house take us in an easterly direction along the coast, to Tidemills, so we get to traverse East Side, historically the poorer and more industrial part of town. And there on Beach Road, or Railway Road, or Clifton Road, someone had been up to some amazing guerilla crocheting, making an Easter scene for the top of a postbox. 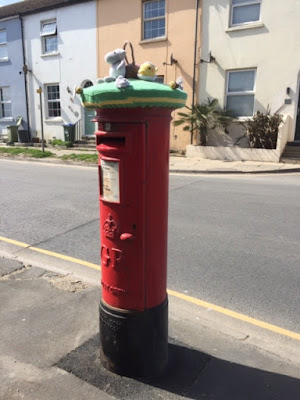 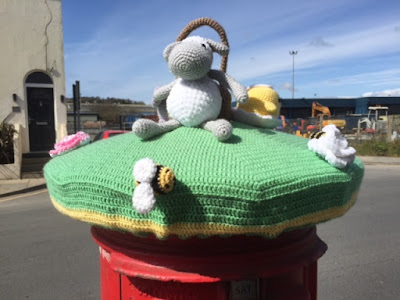 And finally the other side of the road and a disused garage. 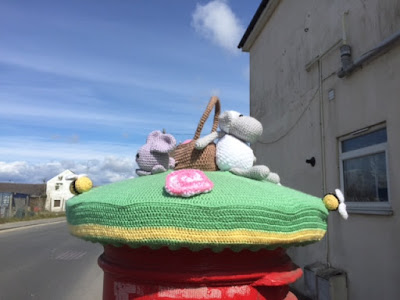 But more importantly, just look at the work that's gone into this. I hope it's now safely back with its creator and that it gave many others as much pleasure as it did me.