Chertsey on the Trent 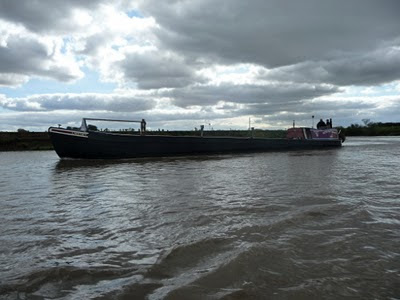 When we were at Torksey we met a lovely little tug called Ding, built from scratch by its owner. They set off the same time as us, aiming to get all the way to Keadby, whilst we were stopping at West Stockwith. They set off before us, but we'd got the wind in our hair and some water under the prop, and reckless of the danger of arriving at West Stockwith too early, we found ourselves overtaking them. As we passed, someone was taking photos of us through the side hatch. Oh, I thought, how I wish I had a way of contacting them; I'd love to see those photos. 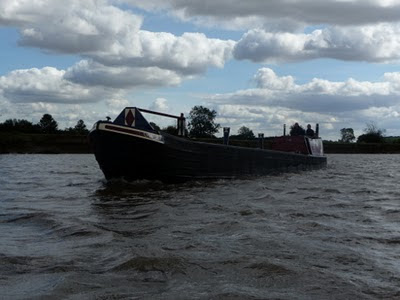 Then a couple of days ago I got involved in a CWF thread about going beyond the official head of navigation on the Chesterfield and right up to the tunnel entrance. I mentioned that we'd tried it too years ago on Warrior, but had very quickly given up. Hairy Neil posted that he'd just done it - and it turned out to have been with Ding! So I asked if he could put me in touch with Ding's owners, which he did, and Kate very kindly sent me these photos, and said that I could post them on the blog. Thank you Kate. 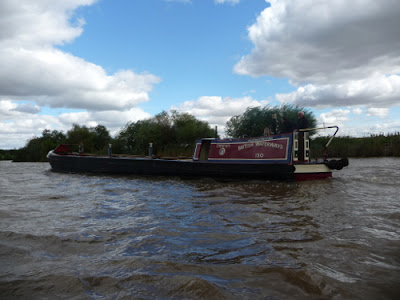 Tomorrow: proof that we did actually get into West Stockwith Lock!
Posted by Sarah at 19:49