Down to the Dee

If I was a real boater (TM) of course, I'd have taken the boat down the Dee branch of the Shropshire Union, (and up again, backwards) and have got the plaque to prove it, but it didn't really seem such a good idea so I walked it instead. Though short, it was a bit further than we expected, and sufficiently interesting to make it worthwhile. 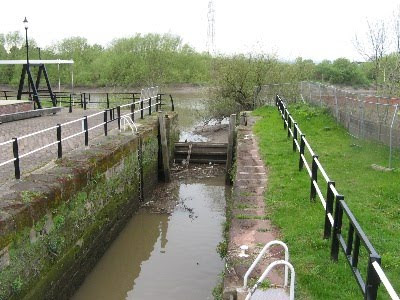 Above is the final, disused lock out onto the river. On the left, out of shot, were some relatively new flats, of which a 'penthouse' was still being offered for sale, which were already showing cracks and other signs of having been thrown up in a great hurry and at little expense. 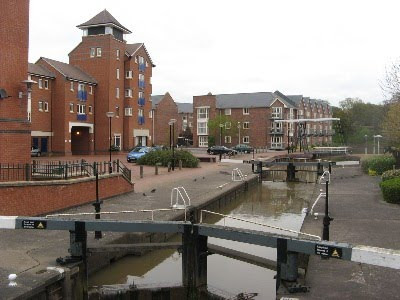 Little more pleasing to the eye are these deadening developments that line the canal both here and on the main line in Chester. 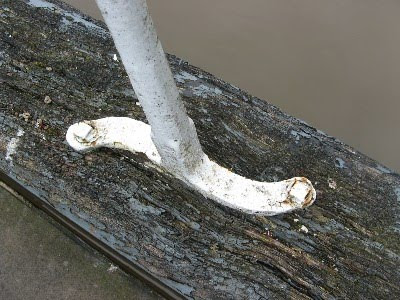 I did like these S-shaped brackets on the lock handrails though.
Posted by Sarah at 16:34