Both ends but not the middle

But I don't think there's another one where I've seen both ends but not the middle. To be fair, in this case the middle doesn't exist.

Having been moored on one end of the Cromford Canal, at Langley Mill, at the end of May, last week I visited the other end at - surprise! - Cromford, this being just a twenty minute stroll away from our awayday destination of Matlock Bath.

I can report that it is indeed a canal. 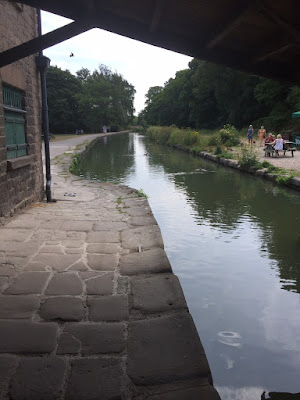 And a pretty one to boot. 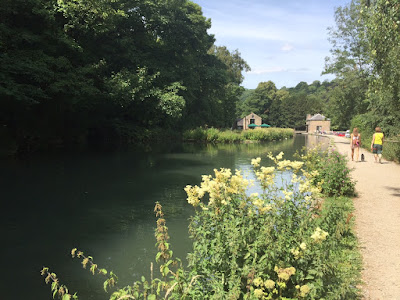 Sadly I didn't get to see much of it as we had to rish back for our lunch dinner, having spent rather too long at Cromford's other major attraction. 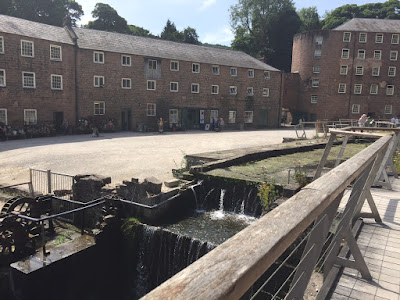 This was Cromford Mill, immortalised in O Level history as the home of Richard Arkwright's water frame - in the late eighteenth century a significant advance in spinning technology which ushered in the age of the large scale factory... but now the home of a range of artisan and antiques shops which captured my attention now just as Hargreaves, Arkwright and Kay did in my schooldays.

And here I bought my own little piece of history 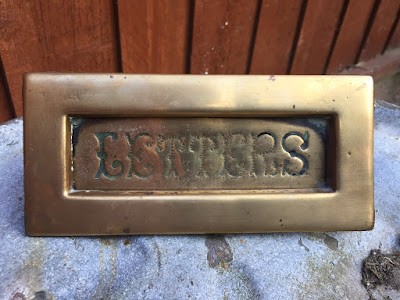 in readiness for when I actually get a nice, wooden, front door, as well as a really nice worn old horse brass for the boat.
Posted by Sarah at 21:31