A lost village and a rediscovered town 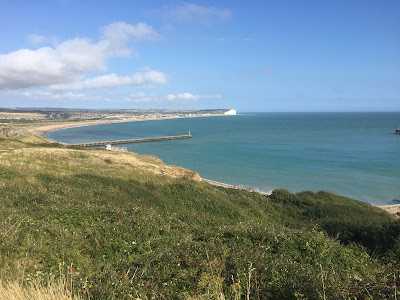 It's said that distance lends enchantment, and it's certainly true that since leaving Newhaven as a resident, and returning as a visitor, I see and appreciate aspects of the town I never did before. Having a dog (or two) certainly helps as well.

When I lived in Newhaven, my day to day focus was on the run down town centre (now in fact so run down that it's gradually being converted to residential, while the shopping is largely out of town - although following the demise of the one supermarket left in the town centre, two new convenience stores have sprung up); the dirty ring road and the general air of neglect.

But as a visitor - and dog walker - I now see places I didn't realise existed in twenty-five years of living there, like the sandy east beach revealed at low tide. 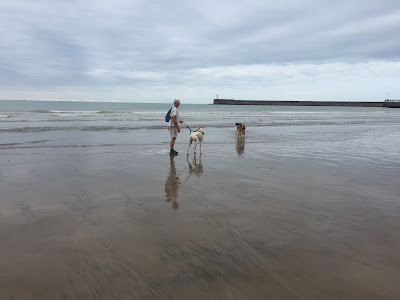 And while I had occasionally visited Tidemills. and walked the seafront between Newhaven and Bishopstone, repeated forays start to really develop the sense of place and history. 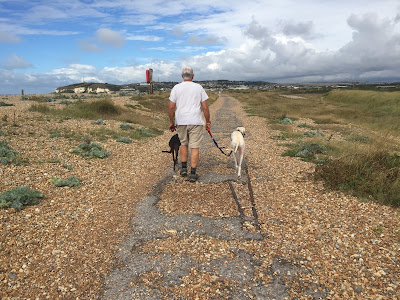 A tide mill was established here in around 1760. The course of the river Ouse had recently been altered, leaving a creek running parallel to the coastline which formed a ready made mill pond. It filled with each tide, and then the water was released in a controlled way to power the mill. Later, in the nineteenth century, an additional pond was dug, which increased the capacity of the mill and the length of time it could operate on each tide. Flour was taken to London by sea. The C19 mill owners built a village for their workers, which had a population of around seventy. The mill closed in 1893, following storm damage, and was demolished in 1910. People continued to live in the village, however, until 1940, despite the cottages having been condemned as unfit for human habitation in the thirties. In 1940 the village was evacuated and the remaining buildings demolished so that they couldn't provide cover for an invasion.

The Sussex Archaeology Society have been digging and recording the site since 2006. 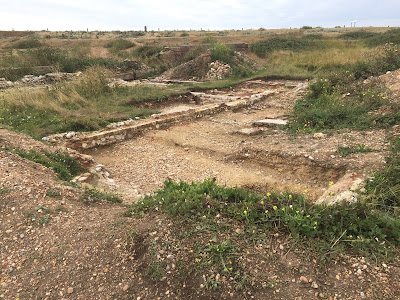 The best history of the village that I have been able to find online is this one. Click through sections 1 - 6.

In the 1920s, Chailey Heritage 'craft hospital' established an outpost at Tidemills, so that their charges - disabled children - could benefit from the sun, sea and sea air. The concrete foundations of their buildings can also be seen - with the 'new' millpond in the background. 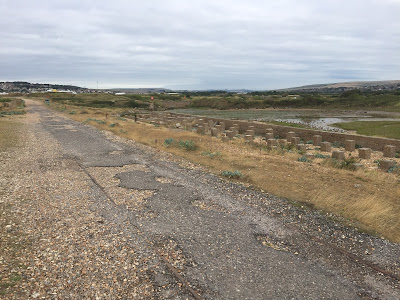 And there is an amazing landscape of maritime flora as well. 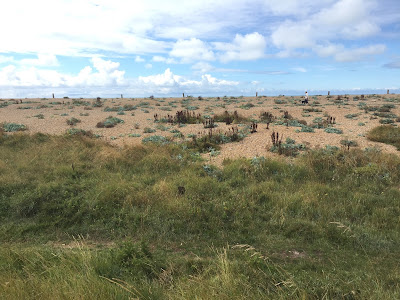